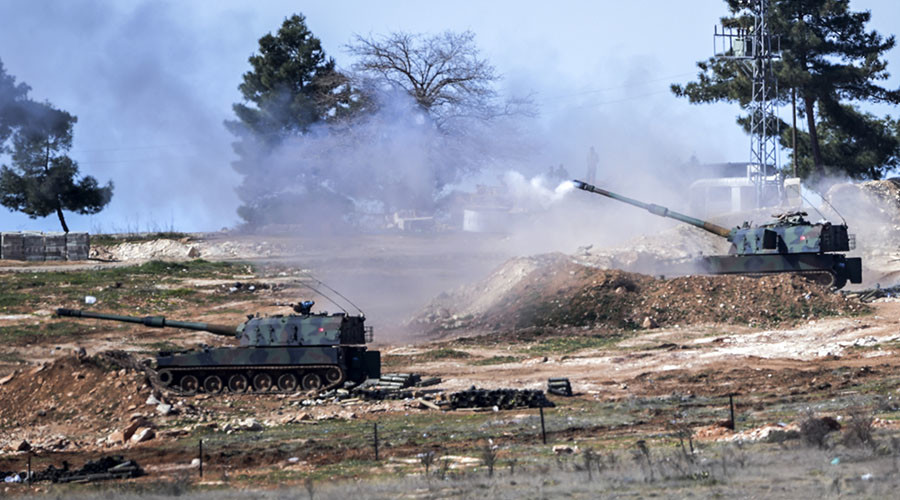 Reports continue to appear about clashes betweeen pro-Turkish militants and the Syrian army in the area southeast of the ISIS-held town of al-Bab in northern Syria.

The main developments are allegedly taking place at Shamawiyah and Dayr Qaq where militants of the Hawar-Kilis Operation Room confront government troops.

The Hawar-Kilis Operation Room is one of the major factions (Faylaq al-Sham and Ahrar al-Sham are not a part of the operation room) involved in the Turkish Operation Euphrates Shield.

According to pro-militant sources, after a series of clashes between two sides Turkish artillery units started to target government troops, supporting pro-Turkish militants.

Militants of 2 members of the Syrian army were repotedly killed during the escalation. There is no information about casualties among pro-Turkish militants.

Alleged video of clashes from the militants’ side:

Wrong.The clashes arent at these 2 villages.

Turkey better be smart and control their forces. Unless they want to see their vehicles and tanks start exploding like Roman Candles! I would advise they back off from SAA front lines. THIS IS SYRIAN TERRITORY.

I was hoping SAA would dig in on current line, and let FSA do the hard work and sustain the casualties. Maybe they can move NE right away to Shami and then east. Further cutting off remaining ISUS in Al Bab and establish a good defensive line. Let Turkey deal with ISUS pocket. SAA/RU air and arty will still be active of course.

3 turkish soldiers killed and 11 wounded by russian airstrike “mistake”. now this, waited collision. we’ll see in next days what will happen

Kill the goat-fuckers and their kebab Masters…

Both sides better focus on ISIS, and not engage in unnecessary provocations.

Either erdogan changed his mind, or he lost control of the battlefield. Either way, it’s time for syria and Russian air force to start bombing these turkish artillery units.