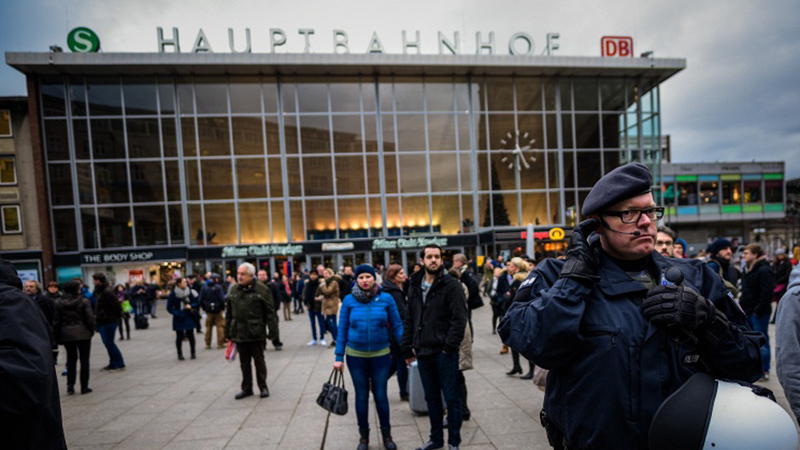 Original by Anton Dolgunov published by TASS; translated from Russian by J.Hawk

The scandal around the New Year’s events in Cologne is acquiring new details. City police are conducting an investigation of three individuals suspected on attacking women. German newspaper Bild published a police report on January 7, which provides a detailed account of what happened on the square before the Cologne Cathedral and in the city train station. As was reported earlier, about 1,000 young men predominantly of “Arab and North African appearance” divided themselves into groups and attacked women. As of right now, in Cologne alone the police received over 100 reports from victimized women who spoke of assaults, rapes, insults, and robberies. Hamburg is processing about 50 complaints, and there are similar cases in Berlin, Duesseldorf, and Stuttgart, though it is not clear whether they are related.

The Bild-published reported states that the majority of attackers were in a state of alcohol and drug intoxication. They assembled on the square between the cathedral and the train station shortly before the New Year, intentionally launched fireworks toward the revelers and the police, and threw bottles. “Even police’s appearance and security measures did not compel them to stop their activities in front of inside the train station,” the report states.

The report does not indicate how many people were on the square at the time. There were about 150-200 police who decided to clear the square to prevent deaths, however the disorders did not stop but were instead shifted to the neighboring train station. The police were constantly receiving complaints from women who spoke of assaults and sexual harassment, according to the report. “Due to the large scale of such activities, the police were limited to restoring order and implementing other necessary measures. Since it was impossible to help each individual victim and capture the perpetrators, the police were extremely frustrated.” At a certain point the police found themselves unable to log new complaints, writes the report’s author.

Police report’s author also indicates that it was the first time in 29 years of service that he encountered such a level of disrespect toward the police. He writes that the perpetrators destroyed their identity documents right in front of the police, saying that tomorrow they would get new ones. One of the foreigners is quoted as saying: “You have to be nice to me. I was invited here by Mrs. Merkel.” The perpetrators ignored police warnings, urinated directly in the train station, slept on benches and the floor, went from one part of the station to the next by crossing the tracks, threatened victims and witnesses, according to the report.

Three suspects are being investigated. Ralf Jaeger, the head of the Nordrhein-Westfalen police did not mention details in order to not compromise the investigation. The police is also analyzing social media as well as video recordings and photographs made on the square on New Year’s night. However it will be very difficult to identify the perpetrators, say the police. Moreover, Nordrhein-Westfalen believes the perpetrators acted according to plan. “When 1,000 men from North Africa assemble in one spot, it can’t be coincidental,” a police source said.

Eyewitnesses’ reports cast a new light on the refugee theme. Germany received 1.1 asylum seekers in 2015, most of them from Syria, Afghanistan, and Iraq. Germany’s Minister of Justice and Civil Rights Heiko Maas is cautioning the society against generally blaming the refugees. “We must not allowed anyone to discredit all of the refugees indiscriminately,” Maas said in a media interview. “If the asylum seekers were among the attackers, it doesn’t mean all the refugees are suspect,” Maas believes.

And these criminal German politicians keep letting them come into the country.

This is why. Its all just part of the plan of genocide. http://holodomorinfo.com/