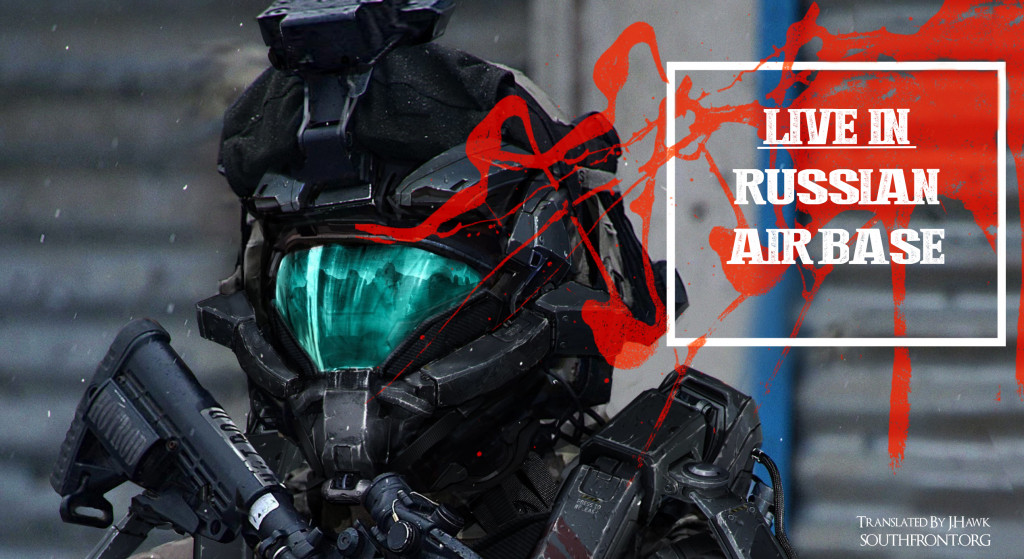 Original written by Dmitriy Steshin and Aleksandr Kots and published by Komsomolskaya Pravda; translated from Russian by J.Hawk

For the first time in the 21st century, Russia established a military base in a region which was traditionally considered the zone of influence of other powers. This fact bothers our ill-wishers more than the bombing of some extremists in distant deserts. Aircraft come and go, but Russian presence is a factor that will have to be now taken into consideration in geopolitical games, which will force plans to be changed and voices to be lowered in diplomatic battles with Moscow.

Russia was initially granted the rocky vacant plot next to the Khmeimim air base, near the Mediterranean megapolis of Latakia. The logistics base in Tartus is 50km away, and it may be quickly transformed into a Russian naval base, since the dimensions and depth of the bay allow large ships to be stationed there.

When it comes to the speed of construction, the Kheimim base can be compared only to the reconstruction of Crimea’s military bases in 2014, after the peninsula’s historic drift back to Russia. But in Crimea there at least existed the remnants of infrastructure. But here there was absolutely nothing until very recently.

So–have a look and enjoy.

At first, the land surface of the base was covered with asphalt, which is still fresh, so that shoes get stuck to it. The concern here is not mud, but rather sandstorms which, this being the season, are about to begin. It’s very fine-grained dust, light yellow in color, it penetrates everything and causes major headaches for the technicians servicing complex aircraft equipment.

Water was the other problem. The old water tower was rebuilt, filters were installed–now one can drink straight from the tap. But they are still bringing insane quantities of drinking water to the base. It is not being rationed, you can take as much as you want from the cafeteria. And you can eat as much as you want.

–We have established all necessary conditions to ensure successful mission accomplishment by Russian servicemembers, says MOD representative Igor Klimov. –At present time, a whole system of airfield engineering and technical support has been deployed to the Khmeimim base. We built dozens of field infrastructure facilities. Including refueling stations, storage facilities, field cafeterias.Personnel is housed in special furnished units, equipped with air conditioners.

The cafeteria is a huge white tent in which, according to one of the cooks, one could easily feed three thousand people. Incidentally, this is not a reflection of the size of the military contingent, but rather about the quality of service.

At least ten field kitchens are humming right behind the cafeteria, fueled not by firewood but by diesel.

–We feed them stewed meat, chicken, borshch, cabbage soup, salads, pancakes, rolls–the cook Lidiya Tychkina lists the foods while stirring the cauldron of the good old KP-130 field kitchen. –Food is being transported from Russia, everything is fresh and tasty. We got used to the weather, got acclimated. The locals are very friendly to us.

There are also brand new field kitchens on Ural truck chassis which were recently demonstrated in the Patriot park near Moscow. There is also a bakery which turns out up to a ton of fresh bread, rolls, and pastries. You can get both boiling and cold water for your thermos. Everything is brand new, fresh from storage. Personnel standing in line at the cafeteria reminds one of the photographs from Western bases. The yellow-tan “tropical” uniforms, the high sand-colored boots, the britches, are at first glance unfamiliar to the eye. The dinner is standard cafeteria fare, barley soup with chicken, tea. Two boxes of apple juice and bread baked only an hour earlier. One can go through the line a second time, nobody minds.

We are walking among white modular containers made at the Kovrovo plant. It’s astoundingly hot–the temperature is 35 degrees Celsius in the sun. We are carefully peering into one of the modules and, as in the old saying the feet are in fire and the head is in ice. Yes, air conditioning! A table, three beds, a window with blinds. Almost like an express train compartment. Not enough shelves and hangers for the uniforms and equipment, but people still haven’t quite settled in. But everything one needs to live is here. Laundry and even an ironing service.

But the apotheosis of this hospitality was an ordinary wood-fired steam bath. It was built into a Ural truck bed.

–It services up to 10 people an hour, the steam bath attendant tells us with pride.

There is a similar bath nearby, for women only, and the norms there are different, more democratic. We see eucalyptus branches in the buckets. We ask the attendant:

–These are also from Moscow?

–Nah, we collected them this morning! From behind the fence! Today is bath day!

Right behind the bath is the holy of holies–the runway. With a row of Su-24s, Su-25s, Su-34s, fitted with modern equipment and precision munitions. Under the burning sun, technicians are working on the complex subsystems of the fearsome machines. One after another, the Su-25 Ravens are taking off into the sky with deafening roar. The flights continue even at night. Or rather–they are flying as actively at night as during the day. And thanks to them, the Syrian army is preparing to attack.