An “unprecedented” amount of weapons and ammunition has been sold to the Middle East by governments of Central and Eastern European countries in recent years. 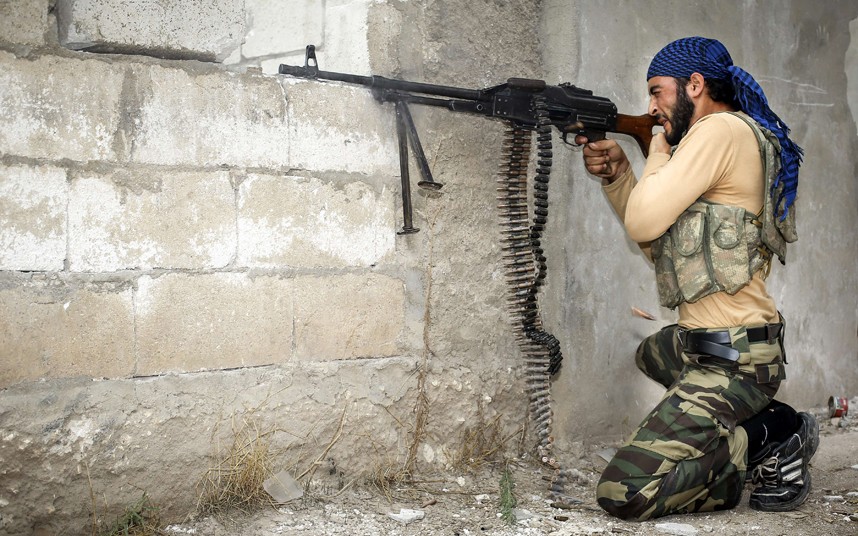 An “unprecedented” amount of weapons and ammunition have been sold to the Middle East by governments of central and eastern European countries in recent years.

The report, named “Making a Killing: The 1.2 Billion Euros Arms Pipeline to Middle East,” is the result of a year-long investigation.

A team of reporters from the Balkan Investigative Reporting Network (BIRN) and the Organized Crime and Corruption Reporting Project (OCCRP), who worked on the report, claims that a group of European countries led by the Czech Republic and Croatia have been channeling their arms to the region since 2012.

According to the report, which was published on Wednesday, these countries have gained over US$1 billion from such sales, despite some of the weapons ending up in the hands of IS terrorists.

The reporters’ investigation reveals “for the first time” that dozens of airplanes have been departing from Eastern Europe, carrying deadly cargo “to Middle Eastern states and Turkey which, in turn, funneled arms into brutal civil wars in Syria and Yemen.”

According to the report, governments of the countries-sellers have been well aware of where eventually their exported “goods” are ending up.

The report states that “arms export licenses, which are supposed to guarantee the final destination of the goods, have been granted despite ample evidence that weapons are being diverted to Syrian and other armed groups accused of widespread human rights abuses and atrocities.” Experts who reviewed the evidence collected during the investigation also agreed the trade was “almost certainly illegal.”

The most part of the weapons are sent to Saudi Arabia, which having managed to acquire some 250 anti-aircraft guns, 300 tanks, 10,000 AK-47 guns, and 18,500 rocket launchers, among other weapons and ammunition from Romania, Bosnia and Herzegovina, Slovakia, Croatia, Serbia, the Czech Republic, Bulgaria, and Montenegro.

In addition to Saudi Arabia, these eight Central and Eastern European countries are also sent the weapons to the United Arab Emirates, Turkey, and Jordan.

The report states that “the four recipient countries are key arms suppliers to Syria and Yemen,” and also adds that they had “little or no history of buying from Central and Eastern Europe prior to 2012,” when armed conflicts began to escalate in the region.

According to the report, these four Middle Eastern countries direct the deadly cargo to Syria. The weapons and ammunition are “routed through two secret command facilities, called Military Operation Centers (MOC) in Jordan and Turkey,” it states, citing the former US ambassador to Syria, Robert Stephen Ford. After this, arms are delivered by land to the Syrian border, or air-dropped by military planes. Some of those are received by the Free Syrian Army (FSA), while other parts of arms are intended for use by some terrorist groups, including Al-Nusra Front and Islamic State. The investigation team has identified weapons and ammunition, originating from the Central and Eastern European countries, in the hands of FSA fighters and members of the local terrorist groups in more than 50 videos and photos posted on social media.

Eastern and Central European weapons have also been air-dropped by the Saudis to their allies in Yemen.

According to the report, citing the former US ambassador to Syria, Robert Stephen Ford, the trade of weapons is “coordinated by the US Central Intelligence Agency (CIA), Turkey, and Gulf states through centers in Jordan and Turkey.” But in reality, that process is “often” bypassed.

Yet the US role in providing the European weapons to conflict zones might be bigger than that, according to the report, which claims that the US has directly bought “military material” from Eastern Europe and delivered it in “vast quantities” to Syria through its Department of Defense Special Operations Command (SOCOM).

Queue patriotic music, ‘Oh beautiful for spacious skies …’ One of the alleged benefits of NATO expansion to Russia is that it was supposed to be a stabilizing influence to prevent the former Warsaw bloc countries from becoming the Wild West in terms of illegal arms and other types of trading. Well here we have a thriving network of arms trading that is especially active in this group.

I know that in this case, the article is suggesting that the U.S. is either supporting or at least looking the other way but clearly this is where human trafficking, in terms of illegal immigration and illicit weapons trading has been going on for a long time. I wish someone would call out one of these NATO advocates when they trot out this talking point.