Lt. Gen. Sagheer bin Aziz survived the attack, which struck a military headquarters in Marib province, northeast of the capital Sanaa. One of his sons and a nephew, both officers, were killed, along with six others.

After the attack, Gen. Bin Aziz issued a message saying the missile strikes had made him all the more determined to press ahead with military operations until the Houthis were expelled (from the country which they’re the native population of).

“Our armed forces must respond to the criminals and punish them. The liberation battle will come. Losing a hero in the battle for dignity will boost our people’s determination to achieve victory.”

Saudi-led coalition forces in Yemen intercepted and shot down a Houthi drone on May 27th launched at the Saudi border city of Najran. Coalition spokesman Col. Turki Al-Maliki said the Houthis continued to violate international humanitarian law by targeting civilians and residential areas.

The attack came just as a one-month ceasefire for the holy month of Ramadan expired on May 24th.

The UN attempts to broker a ceasefire, amidst the COVID-19 pandemic, and the Saudi-led coalition has expressed interest in such a development, all the while continuing its airstrike activity, and other attacks.

They also entirely blame the Houthis, claiming they have little interest in peace.

“The Houthis haven’t indicated that they want to de-escalate in the first place,” Nadwa Al-Dawsari, a Yemeni conflict analyst and a non-resident fellow at the Middle East Institute, told Arab News.

She said the Houthis were unlikely to seek peace while they remained militarily powerful.

“We can’t have peace if the Houthis are not weakened militarily,” she said. “When the Houthis fail, they resort to using missile attacks and bombing residential neighborhoods. It has happened in Marib and Taiz repeatedly.”

The attack on Marib, however, is showing of the state of the Saudi-led coalition which proves incapable of deterring attacks on its command facilities.

The Houthis also say they are committed to the peace, but it is also understandable that they wish to first put the Marib province under their control, which has a plethora of oil and gas facilities.

Meanwhile, infighting in the Saudi-led coalition is on-going, since on April 26th, the UAE-backed Southern Transitional Council (STC) announced emergency rule of Aden and that the city would be made independent from the rest of the country.

This sparked clashes between the STC and Yemen’s puppet government.

Most recently, on May 21st, the situation appears to be at a standstill with Saudi and Yemen government forces appearing to have made no progress in restoring order in their ranks.

The STC said that it will only give up on some of the power it has gained in the south of Yemen if the political aspects of the Riyadh Agreement are honoured.

The agreement, signed in November 2019, called for forming a joint government after military and security measures were taken to restructure the formation of the state, however the STC has asked for the government to be formed prior to the fulfilment of the security aspects of the deal.

An STC delegation arrived in Saudi for talks on May 26th.

This comes as “Saudi Arabia is dissatisfied with the Southern Transitional Council’s actions, and considers its announced measures, including the ‘self-rule administration’, as a clear challenge to the kingdom, before the recognised government,” a Yemeni official said.

The STC expressed its willingness to abolish the “self-rule administration” decision, which it announced in April, in exchange for “jumping over the security and military files in the Riyadh Agreement.”

The situation is such that Saudi Arabia is proving incapable of effectively fighting the Houthis, but also the STC, which put Aden under its control, and is currently forces to submit to the demands of its “allies” or risk losing even more positions to the Houthis, which are becoming more assertive in their attacks even on the Kingdom’s soil.

Saudi morons are totally out of their league as they have taken on the most tenacious born warriors on earth. The Saudi cunts are bankrupt and even the African mercenaries now refuse to die for the pimps as they don’t even pay them. There are thousands of Sudanese families who are asking payment for dead and captured relatives. The Colombian dopers were smarter and they fled after a few dozen were killed.

Your houshit friends also lose a lot of men. I guess they dont reveal their losses and cry civilian casualties when they retaliate.

How do you know?

He’s another Hasabarat that only talk bs, actually the Houthis always announces its martyrs through social media as well as their funerals on TV and newspapers.

Hey Issam, any news from your Hezbollah about what they’re going to do after we annex the Jordan Valley in July? just wanna know if I need to be ready. Thanks.

He is extremely stupid too, as most of his log in fake accounts are easy to detect and many have been banned. Just an ignorant attention seeking punk.

If at all they are loosing them, its a war and such losses are expected. At least, they are achieving tangible tactical and strategic goals in addition to large loads of new weapons. Never-mind that their morale remains high. What are the Saudis gaining apart from losing obscene numbers of fighters, large territory and weapons???

The Saudi morons are also losing hundreds of billions of US dollars. :)

Saudis are literally ‘dropping like flies’ in the battle fields and unnecessarily losing equipment. The most laughable is when they move their pickups in raging rivers and the pickups are swept. Also, they drive The also drive their IFVs and MRAPs into houthi’s ambushes and the vehicles are easily Knocked out. I really wonder who trained these Saudi clowns.

The US military clowns trained many of the Saudi clowns.

The enemy of Houtis are devided, thus Houtis gain more territory in the future.

The situation for the Saudi minicunts is getting worse by the hour. Iranian navy just received 112 fast missile attack boats that can sink a carrier with Nasr 2 SSM that travel over Mach 4. The boats are based on refining and enlarging the captured Americunt marine boats. These FAC can hit 80 knots and have dual hulls and very low sea profile. The missiles have a range of over 250 kms.. 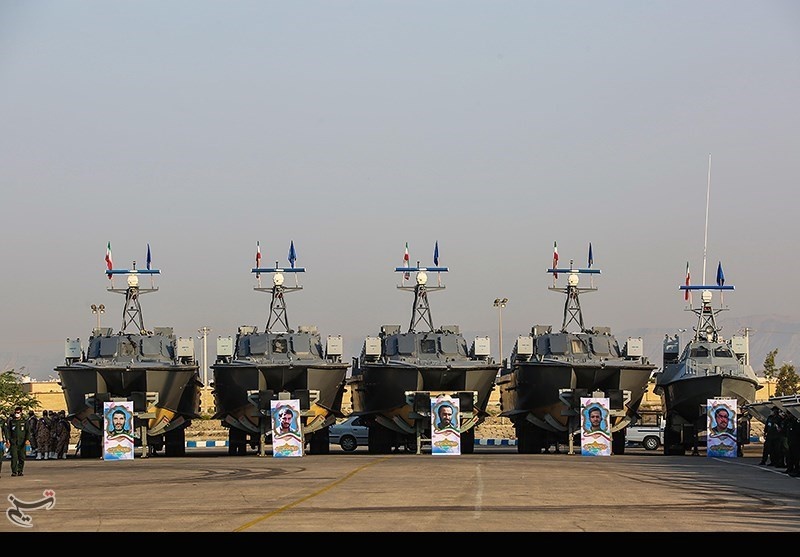