Recent terrorist attacks have led world major powers to a possible cooperation towards an eradication of extremism. 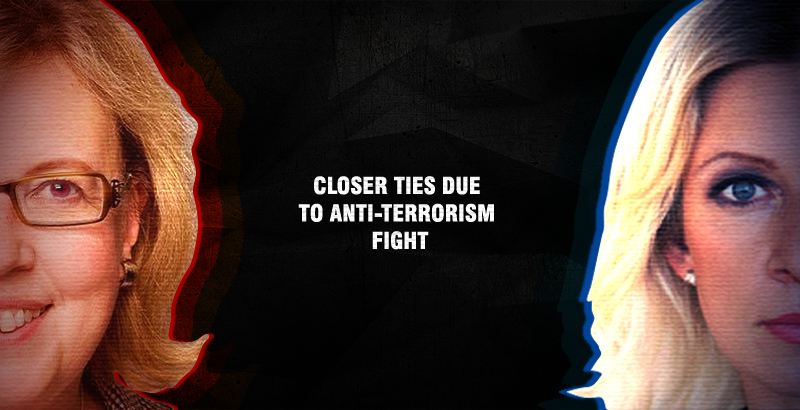 After it was announced that the Russian passenger plane that crashed over the Sinai Peninsula in Egypt was brought down by a homemade bomb placed on board, as well as a series of attacks in Paris, Vladimir Putin ordered Russian forces to increase anti-ISIL operations. According to the Russian leader, the perpetrators must understand that retaliation is inevitable.

This means that the number of strategic bombers that Russia has assigned to the Syrian theatre has just doubled. In order to meet the Russian president’s quota, the general staff adjusted its air operations by adding the following air assets: 25 long-range aircraft, eight advanced Su-34 bombers and four Su-27SM. Strikes will continue in accordance with the approved plan.

Moreover, Military air and space forces are to increase the number of sorties, air and special assets in Syria, by assigning and adjusting the orbit of 10 military satellites that have already been operating over the Syrian theatre.
The Russian and French Presidents agreed to coordinate actions of their militaries and special services to combat “terrorist organizations” operating in Syria. The Russian Navy will provide cover for aircraft carrier battle groups such as the French tactical carrier ‘Charles De Gaulle’ during its coming operation against ISIL terrorists in Syria.

After the massive terror attacks in Paris, many European politicians began to speak in a different tone as they started changing their strategy and priorities regarding the Syrian conflict.

In the past few days, the west has been forced to reconsider its attitude toward Russia’s campaign in Syria. In the last year the controlled Western media and its politicians have been drumming up the threat of the “Russian Bear” only to be caught off guard by reality regarding the ISIL monster that they have created, trained and funded. They no longer keep on lying to their own public about what is really taking place and are forced to join forces with the Russian army in combatting this common enemy. Never before or at least since the end of WWII has the Russian military been so front and centre on the global military and geopolitical scene emerging as the new de facto leading force of good in this world led by its commander in chief President Putin, arguably the New leader of the free world.

British Prime Minister David Cameron said that world leaders agreed on taking “important steps” towards stopping the financing of terrorist groups, vowing to confront extremists ideologies and the terrorists propaganda.
Not all have welcomed the idea of a joint military taskforce that includes Russian armed forces. For example, US President Barack Obama wasn’t warming up to it. He seems satisfied with his country’s existing failed strategy that continues to conduct air strikes only on very few selected ISIL positions, calling the possibility of a ground operation in Syria “a big mistake”.

An important question that remains unanswered is the probability of deployment of Russian boots on the ground in Syria. Some military experts and leaders believe that the issue has matured especially after the terrorist attack on the civilian Russian aircraft over the Egyptian desert.

Two unnamed sources at the Pentagon have already reported that Russian high command may be preparing limited ground operations in Syria.

In particular, the US controlled media has been speculating about the deployment of weapons and logistics that can allegedly be used to implement such ground force activities. No matter what the future may hold we now can say that with a high degree of probability more Russian military advisers and instructors will be headed to Syria, focusing on artillery and battle tank crews training, as well as staff advisers on brigade’s level. Despite all the suspicions, Russia continues to categorically deny the possibility of a ground operation in Syria, claiming futility of such speculation.