Pakistani-Iranian relations in the last fifteen years have evolved under the influence of unstable political situation in the world, regional developments and the positions of heads of both states. 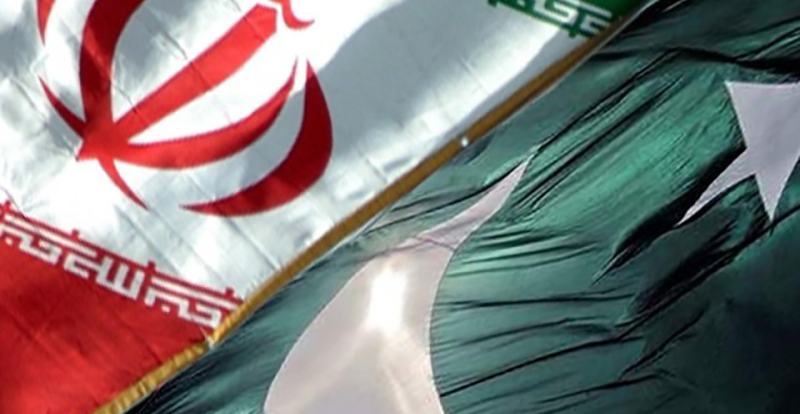 In 2013, when Hassan Rouhani came to the power, Iran has stepped up relations with Pakistan; the signing of the Vienna agreement July 14, 2015 gave an additional stimulus to accelerate economic cooperation. Currently, Tehran proactively builds a new format of relations with Islamabad.

What is due to several factors

– The desire of President Hassan Rouhani to strengthen the position of Iran in the region. Previously he had the experience of the negotiations with Pakistan. As Secretary of the Supreme National Security Council, he visited Pakistan in April 2001 and met with the military authorities in order to open a new page in relations between the two countries. In those days H.Rouhani actually unlocked the international isolation of Islamabad, after a military coup in 1999. Signing of the “road map” by the foreign ministers of the two countries paved the way for the visit of President Khatami to Pakistan in December 2002

– Absence to date of the final decision of the government of Pakistan – which alternative gas pipeline (Turkmenistan or Iran) is preferable;

– The reluctance of Islamabad to “admit” Iran to the process of settlement in Afghanistan; namely the Islamabad foreign policy Afghan vector is one of the key at the present stage;

– Indirect struggle against India, which plans to build an overland route through Iran Chahbahar port to exit Afghanistan in the Strait of Hormuz.

Islamabad in the face of the new Prime Minister Muhammad Nawaz Sharif in June 2013 joined the international economic sanctions against Iran. In the past two years, turnover has plummeted to $ 2 billion. In 2013 to $ 300 million. In the 2014-2015 fiscal year.

In 2015, as part of the expansion strategy of the development of regional cooperation, Iranian Foreign Minister Mohammad Javad Zarif came with official visit to Pakistan twice this year (in April and August).The objectives of these meetings are – to restart the political, economic, commercial and cultural relations and security issues, as well as outline the mechanisms for the protection of previously agreed plans. First of all, the parties discussed the status of energy and hydrocarbon projects.

Then in April 2015, Pakistan and Iran started to develop a “five-year strategic plan,” which included: an increase in the volume of trade in the border areas; modernization of road and rail networks, the construction of storage facilities; the discovery of additional or modernization of existing border crossings. The two countries plan to raise the level of trade to $ 5 billion over the next five years, but the Iranian side expressed doubts about achieving this goal.

Pakistan, being primarily an agricultural country, is interested in increasing the export of local products to Iran, which is an attractive market for Pakistani textiles, rice and other agricultural products. Pakistan has already took the revival of economic relations and called on the authorities in Tehran to lift the ban on imports of rice (63 percent of total exports to this country accounted for rice) and mandarin variety Kinnow. The ban was introduced due to non-compliance of the sanitary norms by the Pakistani side. The sanctions have led to a sharp reduction in exports of Pakistan to Iran, which fell from 182 million dollars in 2010 to 43 million dollars in 2014.

But the project of Pak-Iran gas pipeline remains a priority. Islamabad is interested in importing Iranian gas, considering that it is cheaper, without additives, and, generally, it is easier and cheaper to transport. In March 2013, during the visit of Pakistani President Asif Ali Zardari to Iran, the official signing of the agreement took place. It was planned that Islamabad would import 21.5 million cubic meters of Iranian gas on a daily basis.

In the spring of 2015, Pakistan and China signed a package of contracts with a total worth of $ 46 billion., It is one of the basic agreement on the construction of China-Pakistan economic corridor. Most promising oil and gas pipelines will be integral parts of the Sino-Pakistani economic corridor.

Iran considers Pakistan from two perspectives: first, as a country of the recipient of hydrocarbons; secondly, as one of the transit areas, followed by the supply of raw materials to the global Asian markets of China and India. Land routes cross-border, compared with today’s sea freight, will significantly reduce transportation and logistics costs.

Islamabad’s decision on gas project will have a significant impact on the choice of Tehran land route or routes in the Asian region. The project in Pakistan in the run automatically “attaches” Iran to the Chinese-Pakistan economic corridor. In October 2015, Tehran accepted the proposal of the Pakistani side to consider this issue.

In the area of ​​security relations between the two countries are developing steadily. During his visit to Pakistan, Admiral Ali Shamkhani, Secretary of Supreme National Security Council, in October 2015 the parties agreed to extend the dialogue with a view to finding a lasting peace in Afghanistan and the region as a whole, as well as the joint struggle against the menace of IG.

In the spring of 2015, long before the Vienna agreement, the leadership of Saudi Arabia has repeatedly expressed concern about the potential expansion of Tehran’s influence in the region. Then, in March Pakistan confirmed that he would not rush to join the anti-Iranian coalition, and decided not to take sides in the current situation in the Middle East. Tehran welcomed the April 2015 decision of the National Assembly of Pakistan (the lower house of parliament) on the refusal of the federal army to send troops to Saudi Arabia to take part in the military campaign against hausids in Yemen. At the same time, Islamabad sided with Riyadh in the Syrian events. But also refused to take part in the international coalition led by the United States.

Pakistani-Iranian relations include a constant chain of compromises, retreats, declaration of neutrality and the way forward. Islamabad considers “thousands” of factors in order to maintain stable relations with Iran, border security mode (the length of more than 900 km), the suppression of separatist actions in the border with Iran’s Baluchistan province, etc. and at the same time to position themselves close ally Saudi Arabia.