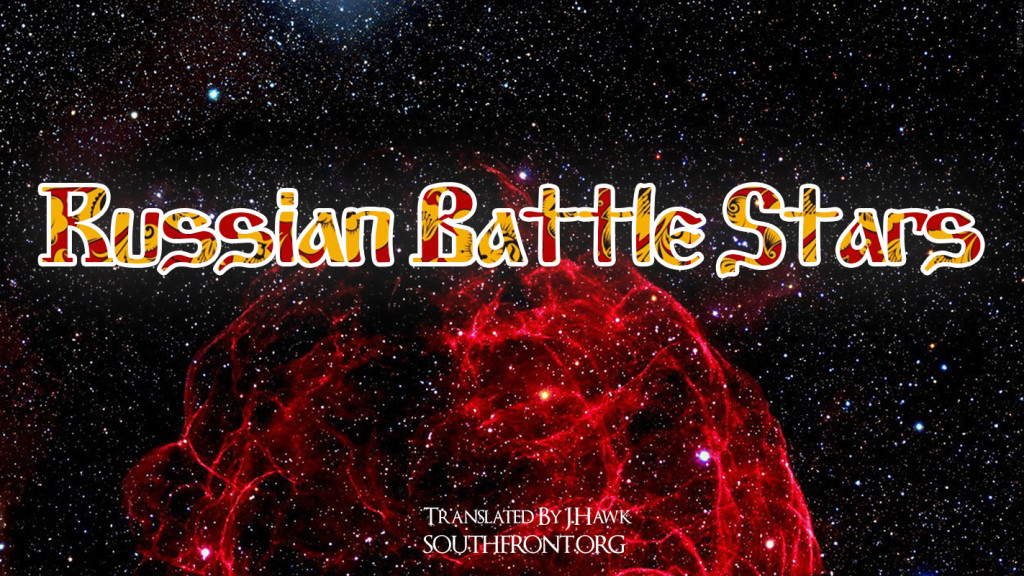 Original written by Aleksandr Kots and Dmitriy Steshin and published by Komsomolskaya Pravda; translated from Russian by J.Hawk

The airbase’s runway is teeming with taking-off and landing aircraft. A take-off or landing once every 10 minutes. Technicians are working hard to receive the landing aircraft and prepare them for their next missions. The  khaki-clad techs are keeping busy in the summer heat, hauling carts with unusual-looking bombs, not resembling the usual HE-filled cylinders. These are the so-called “correctable aerial bombs.” Once they separate themselves from the aircraft, the bomb is guided by the GLONASS satellite system. Neither the weather nor the time of the day matter. They are accurate down to 1-2 meters. One of the techs inspecting a bomb attached to an aircraft pylon said:

–It will hit the eye of the needle. If need be. But the Syrian and Russian militaries right now  need to strike entirely different targets. We were told off the record that the main targets right now are command points, ISIL equipment concentrations (not many of those, but they do exist), munitions factories.

The bomb is dropped from 5000m, where most of the portable SAMs like Igla, Strela, and Stinger can’t reach. The attack aircraft are operating with fighter escort, in the event they encounter aircraft belonging to the enemy or “well-wishers.” A brand-new Su-30SM arrives at its parking spot. A technician climbs up to the cockpit, opens the canopy. The pilot, who has just returned from a mission, climbs out. He shakes the tech’s hand, to thank him for preparing the aircraft for its combat mission. So far there is only circumstantial evidence concerning the effectiveness of the airstrikes. The Western media’s active concern for the well-being of the Islamist extremists is one indicator. The other are the radio intercepts. Syrian military is exulting over the Russian aircraft. In their words, the ether “from that side” is full of angry yelling and demands for medical assistance.