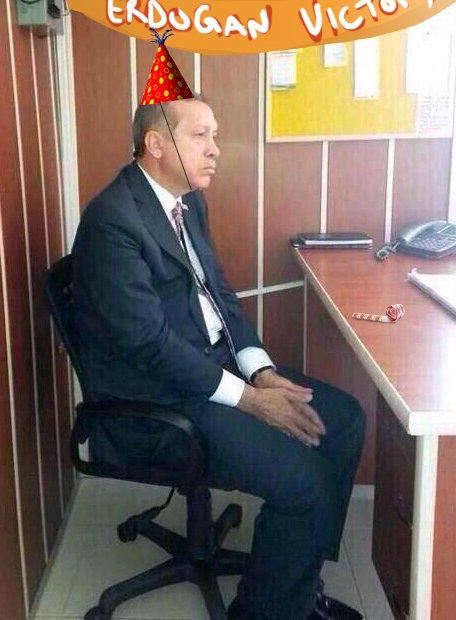 “Our biggest problem is that we could not use the airspace [over Idlib],” just south of Turkey’s border he said.

The plan ends there, since then he said “hopefully, we will figure out something soon for this.” 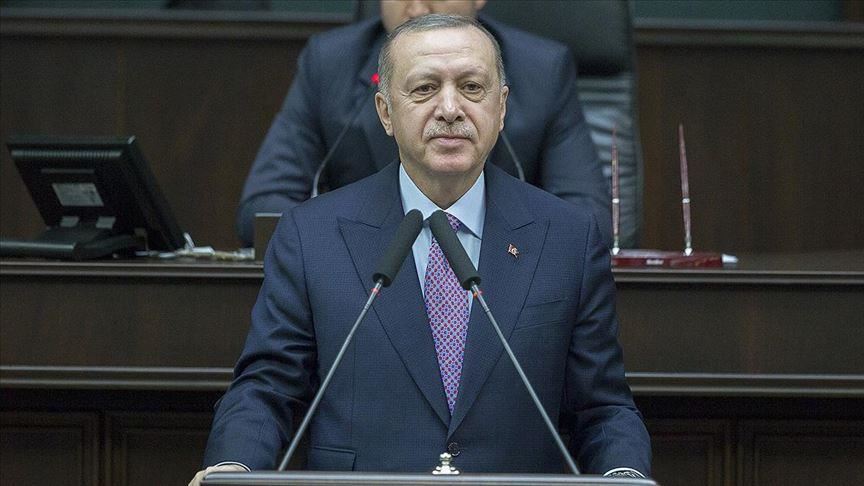 Turkey will not retreat on Idlib, he added.

“We will definitely take the [Assad] regime out of the borders which we have defined before,” Erdogan said.

“We will also provide for the Syrians to return their homes.”

Erdogan also said the US had promised to support Turkey, but there’s been nothing “yet”.

“America made a promise of support, when I met Trump, but there is no support yet. It seems, we will have to meet again.”

He also made another claim, saying that Turkey needed to fulfill the Sochi Agreement, and that’s the only thing it was interested in, but it was being stopped by the Syrian Arab Army and Russia. Who it was that stopped it before still remains a mystery.

He further said that no Patriot missile defense battery would be delivered to Turkey from the US.

“We want what is necessary for the Sochi Agreement. We need to fulfill the provisions and it is not possible for us to make concessions on this issue. There will be no Patriot given to us by America. We made our offer.”

Even journalists who appear to deny Hay’at Tahrir al-Sham terrorists exist and they are simply civilians, are mocking Erdogan and his speeches.

The next Turkish-Russian meeting on the situation in Idlib in Ankara is accompanied by
– strong words by Erdogan
– strong bombs by Putin#Syria pic.twitter.com/GzJjR4tSEv

It is now a daily custom, for Erdogan to come up with a speech, with various threats of war and other rhetoric, flaunting his mighty mustache in the face of the Syrian Arab Army (SAA), which surely is shivering in fear at the mere sight of it.

Despite that fear, however, the SAA is making gains in Idlib, and simple mustache waving appears to be ineffective.

Attempting to also remove photographs and footage of Turkish equipment and losses from Twitter and other website and social media also proves ineffective, since the losses actually remain in reality, even if they’re not distributed as widely in the public sphere.

Somebody should remind Turkish President Recep Tayyip Erdogan that an ultimatum is only such if it is final, and then it is followed by action, and not by a modern repeat of the story of the “Boy Who Cried Wolf.”

Erdogan is devoid of any rational thinking. His unbridled megalomania spells doom for Turkey in a unnecessary quagmire of its own making, much like what MBS created an abyss for the Saudis in Yemen.

He’s been in office too long, had his way for too long. That messes up any politician and screws with their perception of reality. Too many yes men around them, not enough people willing to stand up to him, getting the information that his underlings thinks he wants, not the information he needs, it all leads to hubris.

I reckon that if Saddam had known that his army would get steamrollered by the Americans in 1991, which he thought to have been mighty based on its performance in the latter days of the Iraq war while he still judged the Americans based on Vietnam, and because nobody in his inner circle dared to tell him otherwise, if he had known the true state of the Iraqi army he would have pulled out of Kuwait faster then you can say French surrender monkey, and he would have personally kissed Bush’s feet to appease him.

Saddam Hussein would probably never have attacked Kuwait if the Americans hadn’t let him know that Kuwait’s borders didn’t bother them.

Saddam was set up, Kuwait was stealing oil from Iraq, by side drilling into the Rumala oil field, the Americans told him it was no concern to them, they lied as usual https://en.wikipedia.org/wiki/Rumaila_oil_field

Doom for TUrkey is the least of my concerns. After all, they are Erdogan’s enablers. Syrians, on the other hand, have suffered for several years, and they deserve peace.

This man has clearly lost all references to reality!

Little dogs are the ones that bark the loudest. Out of fear.

WOW ! yes, I want to see that and the Russia reaction.

Erdogone: “We are the master of that region”.

Erdogan has to appear doing something about the situation in Idlib else the terrorists will turn their anger on Turkey.

Best thing Erdogan can do is to organize their elimination; that is what may save his hide.

Erdogan should have learned his lesson when he back stabbed Russia by shooting down the fighter plane.

But no one stepped up to teach him.

Nato stabbed russia,that creepy turkish pm gave the order,hence why erdogan got rid of the git!

Erdogan can’t do the war-war so allow him to do the jaw-jaw.

After the whole Idlib is taken, Erdogan can now tell his terrorists that he did his best them.

“America made a promise of support, when I met Trump, but there is no support yet. It seems, we will have to meet again.” Funny :))) Bring that ottoman slap with you, kebap boy

Erdogan is a joke

DEAR SOUTHFRONT – i would not cite RÖPCKE in any serious report, because he is know as “Jihad-Julian”, who always cries foul when his Terrorist friends are bombed… so keep this fool out of any reports please

When Wesley Clark announced that NATO planned to take down 7 ME states, I knew that the plan would fail when they tried Syria. Godspeed, Syria.

hot air and a lot of it from erdogan.

Erdogon is doing all this stupidty bcuz he himself is afraid of terriost Alqaida he knows very well if he try to saperate moderate rebels and alqaida there will be civil war between them and turk soldier will be attack on daily bases and even this terriost will enter turkey and create havoc. that’s the reson Erdogon want this terriost to stay in Syria and kill Syrian rather then killing turkey. But this Erdogon dumb doesn’t know that SAA will push this terriost on turkey border. Erdogon should come to its sense and cooperate with SAA and round all the Alqaida in idlib and kill them if they don’t surrender. before they reach turks border. but Erdogon and turk goverment are to erogant will not do that.

Erdogan was sailing between U.S. and Russian “reefs” for too long. Sooner or later he was bound to get stranded…