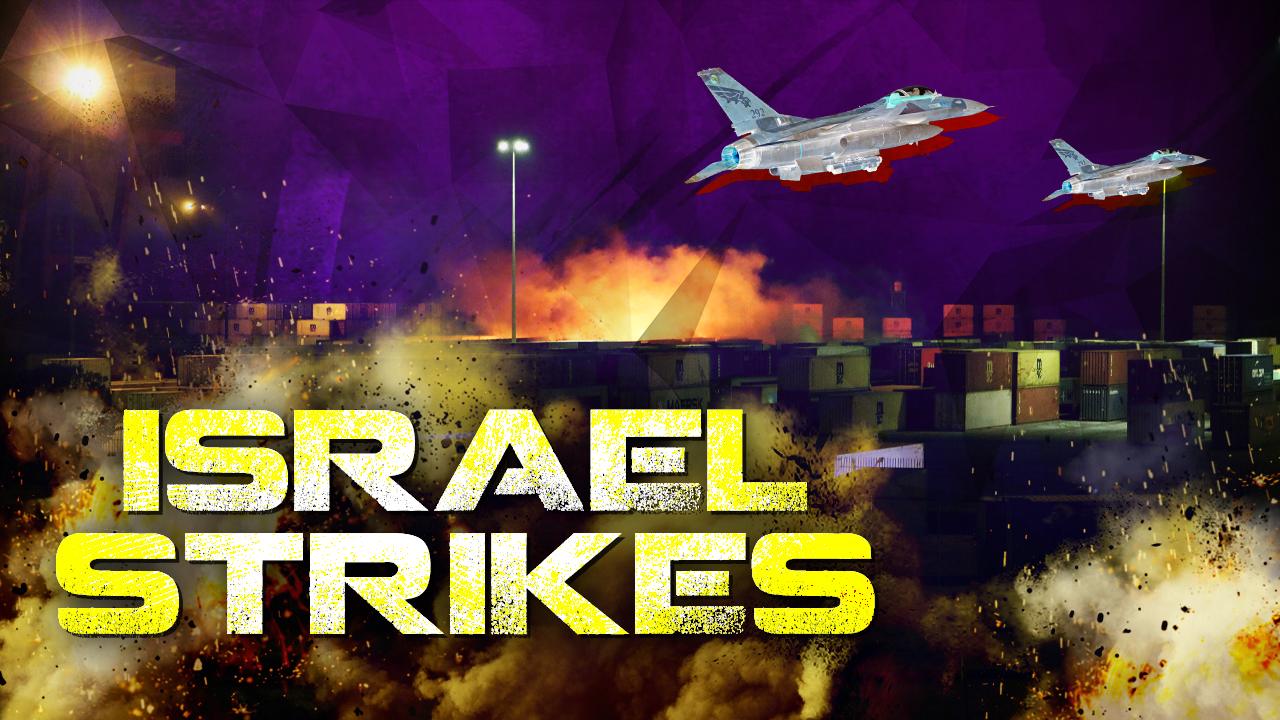 On May 15, Israel’s ImageSat International released satellite images showing the aftermath of the May 13 Israeli attack on Syria.

The satellite images revealed that the main target of the Israeli airstrikes was a complex located in the southwestern outskirts of the town of Masyaf in the western countryside of Hama. The complex, which was built on the foot of a rocky hill, is connected to two tunnels. According to the images, the airstrikes completely wiped out the fortified complex.

The same complex was the target of a series of Israeli airstrikes on 5 September 2018. Back then, it sustained heavy damage. However, it was rebuilt.

The complex is located just a few kilometers to the south from three facilities of the Syrian Scientific Studies and Research Center (SSRC) and the Defense Factories, which were the target of an Israeli attack on April 9.

According to a recent report by the Russian Reconciliation Center in Syria, Syrian air defense systems shot down 16 of 22 guided missiles Israeli fighter jets launched during the attack on the complex. An Israeli drone was also shot down while taking part in the attack.

The Israeli attack on Syria claimed the lives of three air defense servicemen and two civilian workers of the SSRC. Two soldiers were also wounded as a result of the attack along with five civilians, including a little girl.

The attack was a apart of “War-Between-Wars” campaign, which is meant to hinder Iranian entrenchment in Syria and prevent the transfer of advanced Iranian-made weapons to Hezbollah in Lebanon.

It’s worth noting that Israel is currently conducting its largest military exercise in decades. Thousands of troops are taking part in the exercise, codenamed “chariots of fire,” that simulates a multifront and multidimensional war against Israel’s enemies in the air, at sea, on land and on the cyber front

Really did all that damage without leaving any rubble or twisted metal or roofing? Are the israeli launched missiles supplied by USA better than US missiles? That after blowing up its target it jumps out with a brush and shovel and tidies up behind it

Right? You’d think part of the building would collapse more if a tunnel that long was completely destroyed

Azov is not an Ukraine sea
Reply to  Damien C

That photo is an agriculture warehouse that was destroyed in 2018…

it was not a five years old with a stone ?? cowards jew nazi terrorists !!!

Yes it’s all “fake” whilst you bury your dead 🦾🇮🇱

Israel military was so scared of Hamas they didn’t allow the Zionist March. Have you guys found the Hassan drone yet?

Your delusion will be your undoing Terrorist 🙈 you bury your dead like you bury your head in the sand. Go on, dishonour them by make believe, we’ll finish the job 🦾🇮🇱

I remember the time when the Lebanese didn’t want the Palestinians at all.

Israel just part of the same “destabilize the world for power and profit” crowd. The American neo-cons created the Syrian “civil war” with hundreds of thousands dead. Obama and Clinton should have been tried and executed long ago. So the more Israel destabilizes the Syrian state, the more doors are opened for radical islamic groups created by CIA/Mossad, etc along with the various factions Turkey props up.

Ariel Sharon and Benjamin Netanyahu were pro-Russian to the core. lol

Your Russian friends look the other way. They know who we are. They know from their Ukraine fiasco what we can do, where we can reach, who we can vanish, and they know this well, because Israel does not tolerate terror within and without, we fight terror until terror is no more. I cannot wait for the day Hezbollah and Iran make the mistake of attacking us – it will be their last mistake. SAA must rid of terror networks, or we will rid their terror networks for them. I have said many times on here, we fight for the promised land, every obstacle will burn alive 🦾🇮🇱

What fiasco are you talking about ??? There are daily victories there, but it takes time, as the ukro nazis were perfectly equipped, armed and trained by the western countries. If you support the ukro nazis, you just prove the partiality of the Zionists. No wonder, as the asshole Zelensky is just another shit product coming from your region.

He is losing but he still doesn’t want to believe that.

And just another lesson for you: SAA and the Syrian government are fighting the terrorists (ISIS, Al-kaida / HTS) and has always been fighting for a multicultural und multi-confessional system without those mad head shoppers, that you terrorist country is actually supporting. The experience shows that each time that the SAA is concentrated on a certain front, your terrorist army attacks it on another front. Even the terrorist actions of ISIS are very likely organized by Israel, because ISIS cannot be so well organized.

You guys lost to Hezbollah when they had nothing. You guys were set in Lebanon, it was basically impossible to lose what you guys occupied, but you guys still did. Hezbollah was training regular men during the occupation and their first ever battles were kicking your asses. Before saying you guys are waiting for us, you guys should train a little bit more so 2006 doesn’t happen again.

Russia isn’t scared of you guys, Israelis copies junk from NATO countries and changes their name. This is the same junk the Ukrainian are losing because it’s not getting the job done against Russians

“Russia isn’t scared of you guys” 😂😂😂 we own Russia Terrorist, you think they’ll lift a finger for you, we’ll break every finger and take their arm 🦾🇮🇱

Hezbollah had more losses than Israel. Israel just backed off.

You are full of terror. Are you a jewish terrorist?

You said “promised land”. Who promised it to you? Lord Rotschild? Epstein?

brah……please, ignore the jingoistic/ bombastic comments here from your fellow semites, but you outnumbered big time no? You know this right? Recent examples of RSA and Afghani no? Just overwhelming numbers. That does da trick no? If yous ain’t a Persian jew, then I would imagine it would get hard……otherwise Iran would take its own back……no problem. You know where this is headed right?

Do a Google search of DUMB s and you will find there are thousands globally and literally thousands of miles of underground tunnels all over the world now.