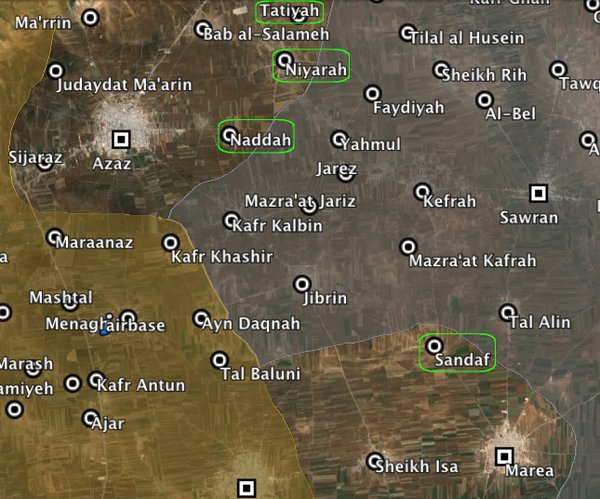 A fraction of rebel groups, that controls the city of Azaz, launched a counter-offensive between Azaz and Marea in Northern Syria. The rebels regained 4 villages: Niyarah, Naddah, Tatiyah and Sandaf. However, they weren’t able to develop the success.

We remember, on May 27, ISIS splited the rebel-held area in the northern part of the Aleppo province into two and cut off the logistics between Azaz and Marea. 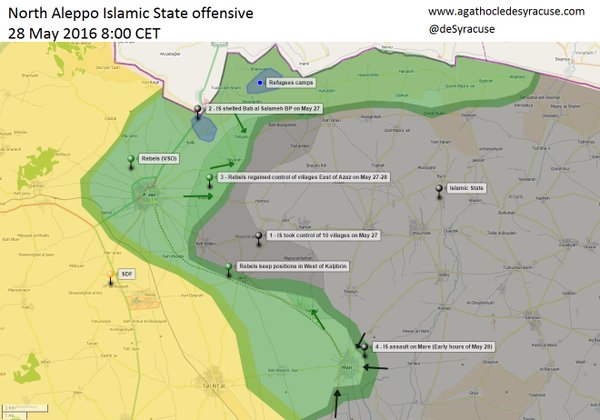