Al-Barshah was the commander of the Nour al-Din al-Zenki Movement in Taladah village in the northern Idlib countryside. 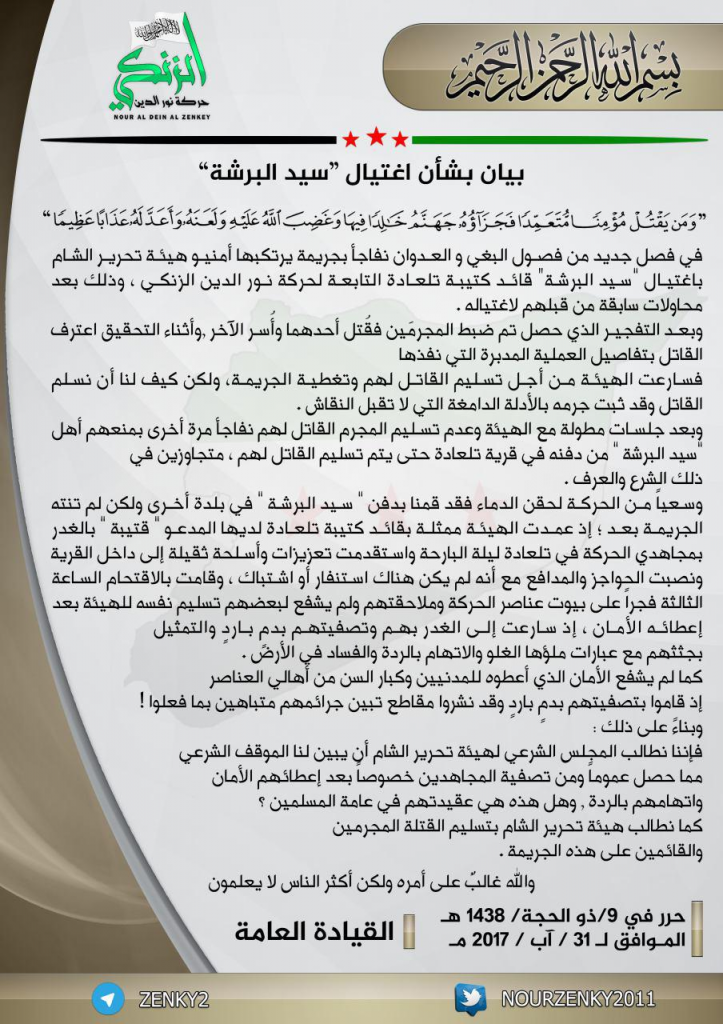 The Al-Zenki Movement also claimed that HTS captured the town and killed a number of its fighters.

On September 1, HTS confirmed in an official statement that the problem was between the two families. However, HTS also confirmed that its forces captured Taladah town. HTS claimed that the aim of its attack was to “protect the civilians”. 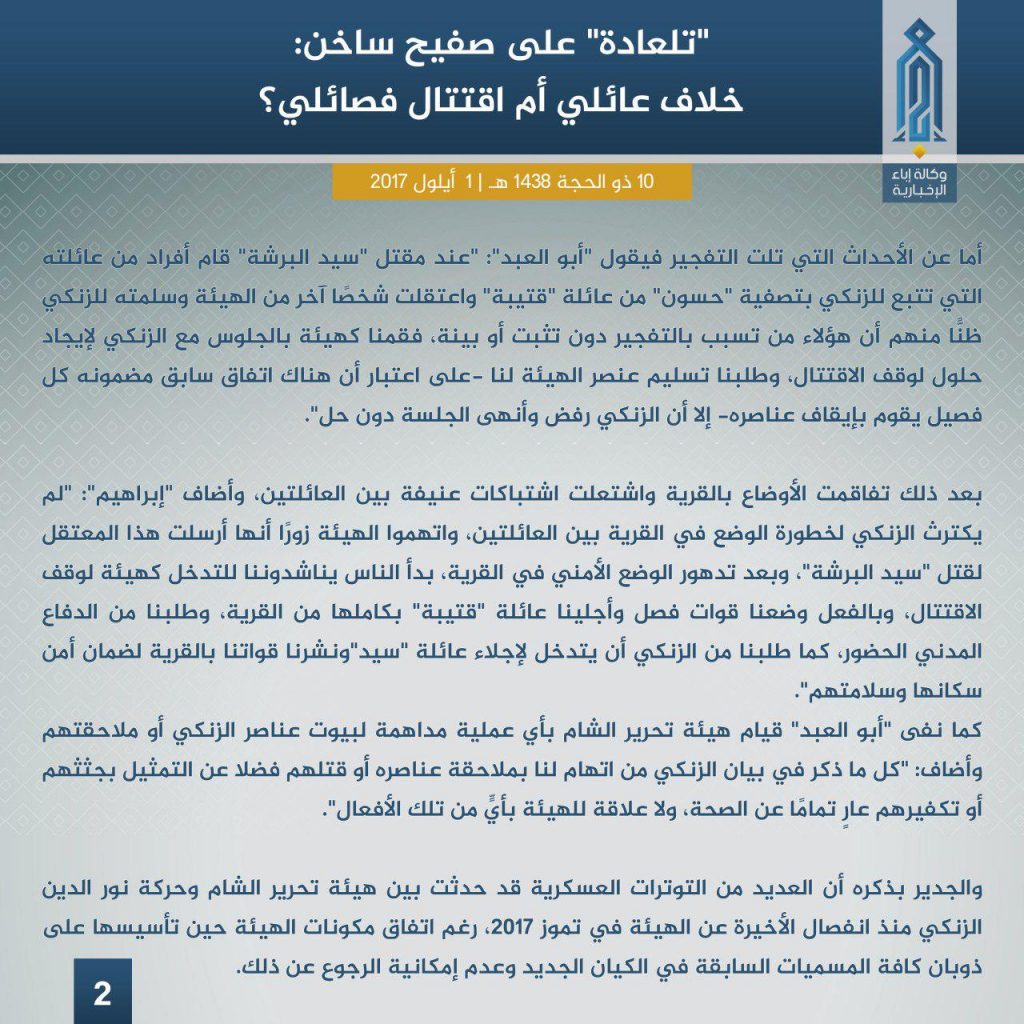 Taladah case is a clear example of how HTS abuses any problem in Idlib governorate, not matter how small it is to expand its influences. The Al-Zenki Movement and other Free Syrian Army (FSA) groups will not react to HTS likely.

There will be volonteers mopping up after them.

That is a really beautiful piece of music…..

HTS is going to win in Idlib and purge all the other factions, and after that it will be open season like with ISIS. No ceasefires, nodeescalation zones, only death for the jihadists.

Agreed, the SAA must treat HTS-controlled Idlib no differently than ISIS-controlled East Hama and DeZ province.

Kill the goat-fuckers. Kill them ALL.

Funny how both these groups are child murderers ,but we choose one side over the other in this case both are bad rubbish but everyone forgets the regular executions by HTS of adults and children, yet will side with HTS in this. I have seen more incidents similar and even worse perpetrated by HTS and both I equally condemn and hope they kill each other off.

I agree. It is wonderful to see the barbarian warlord gangs killing each other. The ‘ last terrorist standing ‘ should then be publicly hanged in front of the worlds media.

There is rumors that tomorrow the rebels will attack SAA . I hope they are false because this will probably affect DZ campaign . Here is the source of this rumors https://twitter.com/TheArabSource/status/903529992876785664

They should preemptively attack to deter it

It would be a shame to have to divert manpower to Idlib after the finish crushing the East Hama pocket, but so be if it’s needed.

either way im sure the offensive is gonna fail miserably and the stupid rebels will be smacked into the ground, painfully, on their back, CRUSHED BY COMBINED MIGHT OF SAA/RUSSIA LOL

The Jihadist trash in Idlib have been trying to distract SAA with some very minor attacks. SAA will keep their eye on the target. It’s time to crush ISIS in the Uqayribat pocket and advance to the east. ON TO DEIR EZZOR :) https://uploads.disquscdn.com/images/2d710672b7557a9673c3aaeaf356dd439480e47eb5d0a2fb8ce56d9e0f2c457d.jpg

In my view, this is a mini demonstration of what would have went on in Syria as a whole, if these groups were allowed to take over. It shows the ingnorance in those who chose to arm and support them. Nothing could be clearer to me. I wish a good weekend to all.

HTS has become strong, and they have used chemical weapons before.

Great news! the more they engage in infighting about stupid theological issues, so much the better. Also power and money as motives of the fray, theology is a cover up for real motives. Religion is the opium of peoples.