The Russian Defense Ministry has revealed the most spectacular and rare footage of the T-14 Armata tank for the seventieth anniversary of Tankers Day. 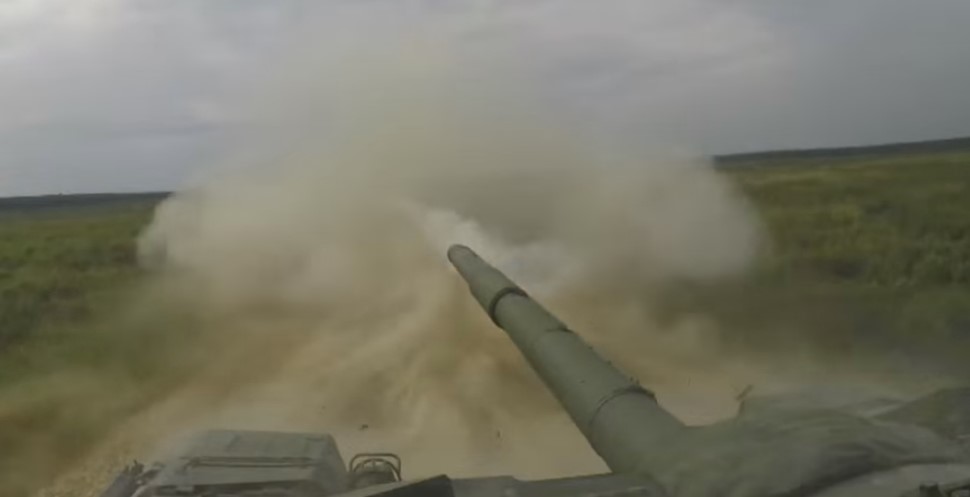 A video, showing the Armata tank and its military personnel, was published online by the Russian Defense Ministry for the seventieth anniversary of Tankers Day, which recognizes the invaluable contribution of tank mechanized troops to defeating the enemy in the Great Patriotic War [WWII], as well as celebrates the achievements of tank engineers, constructors, and scientists in the technical equipment of the Armed Forces.

According to the Russian Defense Ministry, the video shows the most spectacular and rare footage in modern history of the Russian armored forces, as well as demonstrates great progress Russian tanks have seen in the past few years.

The T-14 Armata tank was for the first time presented to the public during a rehearsal for the Victory Parade in Moscow on April 29, 2015. However, its turret was masked. The official presentation took place during the actual parade on May 9, 2015.

A crew of three soldiers, who operate the tank, is housed in an armored capsule at the front. The T-14 is armed with the PKTM 7.62-mm remote-control machine gun, the 2A82-1 M 125-mm smoothbore cannon and the Kord 12.7 mm machine gun. The tank is also equipped with a wire-guidance system by which the operator can correct the course of their missiles while it is in the air.

Recently, Russian military has already gotten the first batch of the T-14 Armata tanks. According to the Russian Defense Ministry, by 2020, they will have 2,300 Armata tanks.

Regarding the movement abilities it looks a bit clumsier than the T-90 and it is defenitely a bigger target, especially the turret. If you check Syrian war videos where often exposed features of vehicles are easy prey for the TOW-gunners – this is a probable disadvantage even if it is an unmanned turret. But one hasn´t seen the AT-defense capabilities yet and the final version of the turret with the 152mm gun is still to come.