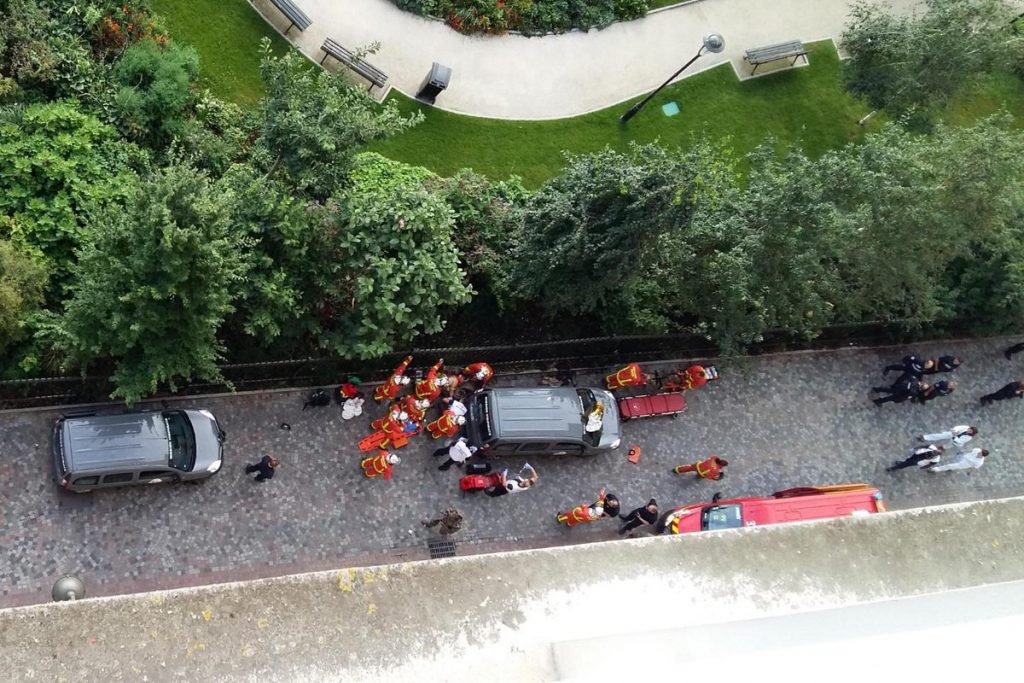 A car hit a group of soldiers outsude the French Army’s barracks in Levallois-Perret subrub of Paris on Wendesday.

According to reports, 6 soldiers of the 25th infantry regiment were injured as a result of the incident, two of them seriously.

The car was driven away after it struck the soldiers.

According to Levallois-Perret Mayor Patrick Balkany, the car was “pre positioned” ready to strike in an act of “odious aggression”.

However, security forces avoid describing the incident as a planned ramming attack.

According to the BFMTV channel, the suspect was shot and arrested after the police stopped his car on a motorway in northern France.

False flag. France have invaded north Mali to fight extremists. So, they need some false flags to stay there and steal uranium, gas and oil from Malians.

Easy enough to determine. When the powers-that-be start calling it a terror attack you know it’s a false flag.