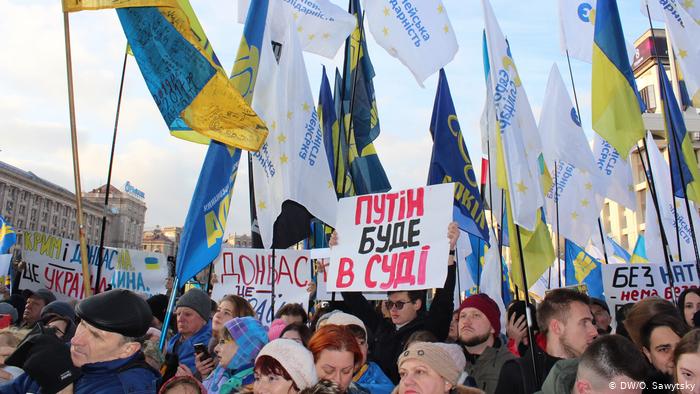 At midnight on July 27th, a ceasefire began between Ukraine’s government forces and the forces of the Donetsk and Luhansk People’s Republics (DPR and LPR) in Eastern Ukraine.

Russian President Vladimir Putin and Ukraine’s Volodymyr Zelenskiy discussed the conflict in eastern Ukraine and both expressed support for a ceasefire, their offices said.

“The leaders agreed on the need for an urgent implementation of extra measures to support the ceasefire regime in Donbass,” Zelenskiy’s office announced, referring to eastern Ukraine.

Zelensky also called for stronger efforts to secure the release of Ukrainian citizens in the Donbass, Crimea and Russia, according to the Ukrainian statement.

Putin expressed concerns over a recent bill in the Ukrainian parliament paving the way for regional elections in 2022, saying it runs “counter to the Minsk agreements” and puts “settlement prospects in jeopardy,” the Kremlin said.

The ceasefire was agreed between the Kiev government and the DPR/LPR on July 22nd. This is an agreement for a “complete and all-encompassing ceasefire” – the latest in approximately 30 failed attempts.

And not that anybody’s keeping count, but all of them have failed due to actions by the Kiev side.

The stoppage of fire, judging by the document signed in Minsk, will be surrounded by unprecedented measures – withdraw orders for the army, bans even on reconnaissance, on sniper fire, on the use of drones, and special controllers will be sent to units on the front line to exclude accidental incidents.

For a long time, Ukraine did not agree on the signing of additional measures and agreed after external pressures – Russia threatened to withdraw from the Normandy Four format, and France and Germany urged Kiev to agree.

Almost immediately after the ceasefire was established, protests began in Kiev against it.

The cynical killings are mostly Ukrainian soldiers stepping on landmines that they planted themselves.

“We will not disarm our army and turn our soldiers into helpless targets. Our army protects us every day. Therefore, our duty is to support our army,” the organizers said.

The Kiev side said no casualties were reported despite attacks with small arms, grenade launchers, and heavy machine guns.

This happened south of the city of Donetsk, and around Novomykhaylivka, southwest of Donetsk, according to Ukraine’s military.

Separatists in Donetsk rejected Kiev’s accusation, saying they were strictly following their commitments in the truce.

Kremlin spokesman Dmitry Peskov described the truce as “a significant step toward strengthening mutual trust and defusing tensions” and called on the parties to “fully adhere to their obligations and agreements.”

How the hell is this news worthy? Usual neo-NAZI hunger for eternal war and handful of civilians “useful idiots” protesting for more war… Usual catastrophic, suicidal political borsch of post-Maidan Ukraine. If they continue like that only neo-NAZI’s , pensioners and invalids will stay in Ukraine while all others will be forced to emigrate from failed state.

They hardly matter to them…they like to watch their exploded limbs flying around while they scream; “Death to Russia!” Fanatics are poison for normal living everywhere on the planet.

Down, down, down and down, the land of madmen manages to sink even when it would seem that they have already reached the bottom.

Ukraine was always the worst country in Europe.

Would have been much worse had hungary not block their nato entry:

Makes sense. Ceasefire is prolonging the status quo which is not in the interest of the party that lost territories.

A colony cant lose territories, only their handkers can… If they couldnt take it back in 6 years I wouldnt hold my breath any further…

Colony is a place you phisically move people to, which didn’t happen there. Did you mean vassal? I would disagree with both , but still curious what you meant.

U.S. moved troops there… So its a colony.

Oh I see. If one country moved troops somewhere without moving population it still is not a colony. Just for future reference.

What is your definition of Ukraine from point of view of their absolute dependence from USA?

This is not how discussion works. I can give you the definition of colony, definition of vassal or definition of cooperation. But you will not be putting words in my mouth as if I agree with you:)))) If you want me to describe Ukraine the way you put it, you will first need to prove the notion of “their absolute dependence from USA”. Its not like we both agreed that Ukraine is absolutely dependent on US, thats what you said. So go ahead and provide information confirming your claim, with sources.

So Poroshenko could fire the procecutor get money, or not fire and not get money. He wasn’t forced to do it he had a choice. Same goes for Nuland thing. And US should feel guilty that they have the greens? I don’t think so. It is like Russia being upset with US because of sanctions. Well newsflash its their economy, they can trade with whoever they want, they can put sanctions on whoever they want. Russia put sanctions on US as well and that is absolutely fair, soverign country can decide on its own. So there is no point of whining and crying. Its all fair game.

What is your definition of Ukraine?

ROFL! So you agree that Ukraine is not a state! That’s beautiful!

Your entire narrative is flawed. While US Government, (a wholly owned subsidiary of The City of London) is occupying the country after the CIA overthrow of Ukraine’s criminally negligent legitimate Government, and installation of the completely criminal Pooroshenko puppet Government, under the direction of the Zionist Khazar criminal Banking Cabal that Ukraine is entirely dependent upon financially, and militarily. Is not what your narrative reflects. Your further assertions attempting to defend, justify your arguments, while projecting blame towards Russia, and the remaining “rebel” Donbass region for the criminal actions of Ukraine’s puppet Government, sets you on an increasingly divergent course of real life, and the facts. You’re also embarrassing yourself.

Wow I haven’t seen so many conspiracy theories in one comment in a while. Alex Jones should train with you. Not the first time I hear Khazars in Ukraine Russian issue. Is that because of centuries long rape and vassalization Khazars did over the Russians, i wonder.

look at his youtube, pretty hilarious how far a person can go with conspiracy theories. not sure if you will find it funny though

thanks man, appreciate it

Strange, I can see no one putting words in your mouth, or attempting to give you the appearance you’re in agreement with anything. Reality in particular.

good on ya mate

Let’s see how “commonwealth” fits, then.

So much to ukropnazis they are only happy if they can genocide women and children. Balkanization could happen within a year, especially as things go in the U.S…

“To initiate a war of aggression,” said the Nuremberg Tribunal judges in 1946, “is not only an international crime, it is the supreme international crime, differing only from other war crimes in that it contains within itself the accumulated evil of the whole.” From the historical reference in Volyn we can clearly see that Obama in Ukraine is using the supreme international crime as a means of preventing Russia’s claims to the Donbass. And Poroshenko as one of Obama’s missives gives a speech where for the first time in history a Western leader boasts about targeting woman and children.

Poroshenko stated….“We (Kiev regime) will have our jobs, they (Donbass, ethnic Russian East) will not. We will have our pensions, they will not. We will have care for children, for people and retirees, they will not. Our children will go to schools and kindergartens… theirs will hole up in the basements. Because they are not able to do a thing. This is exactly how we will win this war!” Keep in mind he is talking about Ukrainians, his fellow countrymen.

He openly flouts international law, his militia’s use cluster and phospherous munitions against all conventions. He terrorises civilian populations. This is Poroshenko’s (Rand Corporation) strategy to win this civil war, ethnic cleansing.

The first stage was implemented which included the total isolation of the region considering that all local citizens are terrorists or sympathizers. The Region was encircled with troops and sealed off entirely from any flow of goods and persons. Broadcasting services, Internet connection, telephone and mobile communications in the region were shut down.

The second stage is the Mop-up which failed miserably as they were defeated militarily. Ground assaults were preceded with air strikes against the strategic facilities in heavily civilian populated areas. The use of non-conventional arms was used, ie chemical weapons, phospherous munitions etc. The document also required internment camps outside the cleared settlements, which of course never occurred. The people featuring in combat engagement were to be tried in court as terrorists.

During the third stage there was suppose to be normal power supplies and communications being restored. The borders were tol be strengthened to avoid possible provocations. All the refugees should be checked for possible support for separatists in internment camps.

Correct. However US Government, (Obummer) is acting as the agent of the Zionist Khazar criminal Banking Cabal. US Government is a wholly owned subsidiary of The City of London. It is practicing this policy within it’s own country currently.

So how come Ukraine wish to be helpful all of a sudden?

You have to be a real asshole to protest the ceasefire of a civil war you haven’t been able to win (or make any progress at all) in six years. The people who actually live there are no doubt sick of the constant tit-for-tat fighting and would welcome the ceasefire.

These useful idiots in Kiev would change their minds if the war came to their city.

Hey thats soros democracy for you,then you wonder why Robust nations like china vow to never ever become the failed state of some incest union? Give it a rest democracy,as of your not akkready in enough deep sht with your retarded debt schemes!