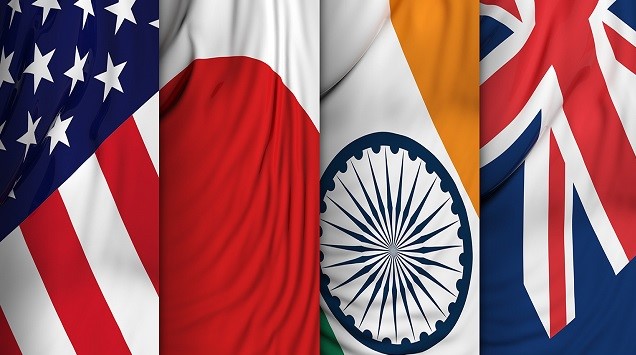 On Monday, a report by a Quadrilateral Security Dialogue (QUAD) task force suggested that during the annual Malabar training off the U.S.-controlled island complex of Guam in the Pacific Ocean, “attacks on submarines cables as part of naval exercises” should be carried out. Fiber optic undersea cables are the backbone of the global economy. In fact, according to Indian think tank Gateway House: Indian Council of Global Relations, nearly $10 trillion in financial transactions are transmitted through undersea cables every day.

The 53-page white paper, prepared by 31 experts from the four member states of QUAD – the U.S., India, Japan and Australia, is part of the bloc’s pressure campaign to contain and limit Chinese influence in the Indo-Pacific region. For this reason, Chinese Foreign Minister Wang Yi lambasted QUAD as an “Indo-Pacific NATO” and highlighted Washington’s policy in the region as “a big underlying security risk” because of their constant violations in areas of the South China Sea claimed by China.

As China has the second largest commercial shipping fleet in the world after Greece, likely to snatch top spot in the coming years, its maritime activities are of paramount importance if it wishes to be the world’s biggest and most important economy. For this reason, according to the white paper, China “approved plans for a massive undersea surveillance network” in both the East and South China Seas.

“Although the systems are officially intended to monitor environmental changes, experts acknowledge that they will have national defence applications, which could include tracking the movements of foreign submarines,” the report states.

It was always established, even without being directly said, that QUAD serves as a kind of Asian NATO. The U.S., which is fiercely trying to retain the unipolar world order, wants to strengthen its strategic positioning in the Indo-Pacific region through a coalition of states wanting to resist China’s rise. Therefore, the U.S. Department of Defense hopes that some other countries, mainly those that have territorial disputes with China, will join QUAD and contribute financially and materially to the bloc.

Although QUAD has already gathered some of the most influential countries in the region, it is unlikely that medium regional powers like Vietnam, Thailand or Singapore would be interested in joining a bloc that has a clear provocative agenda against China, the regions most important economic power. With as much as $10 trillion transmitted in undersea cables every day, it is unlikely that regional countries will be impressed by QUAD practising maneuverers to destroy vital infrastructure.

The QUAD report claims that Chinese dredgers “damaged” undersea cables connecting islands off Taiwan’s coast on five different occasions in 2020 alone. Taiwanese authorities claim that it cost $2 billion to repair damages. However, no specific details were given, and rather, the document says “China aims to capture 60% of the world’s fiber-optic communications market by 2025” from American, French and Japanese competitors. “That goal is directly linked to its global plans for the Digital Silk Road, and Belt and Road Initiatives,” the white paper said.

The document was published just days before the Malabar-21 exercises are set to begin. The exercise is scheduled to be carried out off the coast of Guam from August 26 to 29. An Indian government statement said that “complex surface, subsurface and air operations, including real fire, anti-surface, anti-aircraft and anti-submarine warfare exercises” will be part of the QUAD exercises. The Indian Navy also previously stated that four to five Chinese ships operate in the Indian Ocean region at any one time. This brings nervousness to New Delhi when considering the two countries also have territorial disputes over their land border.

Among its other recommendations, the white paper urged QUAD members to “challenge China’s growth” in maritime cable networks and to “establish a maritime command center to deal with non-traditional maritime security threats.” This is effectively an omission from the QUAD taskforce that provocations and tensions with China need to be escalated, so-much-so that they are now training in methods that could severely hamper the global economy to the tune of trillions of dollars.

The damned Muricans are again doing their best to create hatred and conflict where none previously exist.

Evil scum. They will come to a sticky end.

Exactly … if they were fat and rich like Americans do you think they’d bother with terrorism … no they’d be too busy watching Fox news worrying about little brown people coming and taking their jobs and living off welfare. The USA / EU fights wars to keep them in poverty and keep the wealth of their nations flowing to western corporations which is the main cause of terrorism and migration.