“The answer is yes, we are already in advanced negotiations,” TASS quoted the diplomat. The Qatari official added the negotiations are now about “air defense systems and capabilities for our land forces as well.”

Fahad bin Mohammed Al-Attiyah recalled an agreement on military-technical cooperation signed between Qatar and Russia during the visit of Russian Defense Minister Sergei Shoigu to Doha in October 2017.

“This paves the way for cooperation between Russia and Qatar in defense, in sales of military hardware, training of officers and soldiers, maintenance, and of course intelligence cooperation,” he noted.

Saudi Arabia Says Qatar Should Pay For US Military Presence In Syria, Send Own Forces There

Interesting, if all the Russian S400 and systems in the area are linked in together. Will that keep NATO Forces out of the Middle East? Genuine question.

It will require all operators of this system to have some kind of treaty and defense agreement.

mmm yes, that is rather obvious. But Turkey backed Qatar, Iran supplied them aid – against the Saudis, so Iran and Qatar are close, Iran and Turkey unbelievably are getting closer and of course you have the Russian suppliers and common ally.

Forgetting all the diplomatic BS speak, what if Turkey are in Syria by invite ???

Gℴogle offereing to people of all ages 98 US dollars every hour to complete few jobs off a home computer .. Work Some few peroid of time daily and stay greater time with your own relatives … Any person can also do this simple work…on weekend I bought a gorgeous Land Rover Defender just after making $9908 past month .it’s actually nicest-work however you will no longer forgive yourself if you don’t hop over to it.!ux063e:=> http://GoogleNewPortFinanceReportsOnline/online/easytasks… ♥♥♥w♥y♥♥q♥♥t♥♥♥n♥♥p♥♥z♥♥z♥♥w♥♥♥b♥i♥j♥♥h♥♥w♥♥m♥♥♥n♥v♥y♥o♥♥♥b♥♥m♥♥♥r♥s♥♥♥g♥o:::::!ge343m:lhu

AM – top totti and a great mind sometimes.

Good point and also, when you turn your back on the US $ what you gonna need? S400, linked into your neighbours systems?

China will ‘compel’ Saudi Arabia to trade oil in yuan — and that’s going to affect the US dollar… https://www.cnbc.com/2017/10/11/china-will-compel-saudi-arabia-to-trade-oil-in-yuan–and-thats-going-to-affect-the-us-dollar.html 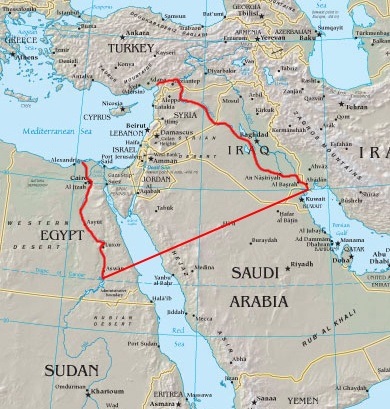 Mattias Dahlström
Reply to  AM Hants

Raw material exporting countries who switch from US dollar to Chinese yuan will need protection by China from being freedomized. I see that as the main reason for the Chinese navy and expeditionary force buildup: not to invade countries but to protect countries from US attack.

Syria has announced the new construction of a port in Lattakia , this should really confuse the west as China has talked about a need for a Mediterranean port.

Floyd Hazzard
Reply to  AM Hants

Only if they share codes and intelligence, and preferably a joint command and response center, but yes, a joint umbrella could be devised to produce an area of denial of access. They would also have to include BUKs and Pantsir-S1’s with the Triumpfs though. An umbrella like that would lock a lot of aircraft out unless the pilots are suicidal. It would basically ground all western aircraft and those of their allies in the area.

Russia’s demonstration of the S-400 in the syrian war has helped make it one of russia’s biggest weapons exports. Everyone wants them now. It’s a good system, capable of shooting down jets, cruise missiles and drones. Even stealth jets like the F-22 fear them.

They can be overwhelmed by barrage attacks, having limited number of missiles. They are not invulnerable. But it is their lethality that makes them precious. No airforce wants to lose an extremely expensive jet, but even greater is their fear of losing their reputation for air superiority.