The Qatari authorities have introduced a visa-on-arrival system for nationals of 37 countries, including Russia.

The Russian Foreign Ministry released a statement on the issue:

As of June 22, 2017, the General Directorate of Nationality, Borders and Expatriates Affairs of Qatar’s Ministry of Interior has added the Russian Federation to the list of countries whose citizens can have a one-month tourist visa issued at Hamad International Airport in Doha. Russian citizens arriving in Doha can receive an entry visa at the airport, provided they have an international passport valid for at least six months starting on the day of the arrival, a return air ticket, a confirmation of hotel booking in Qatar, and an amount of money equivalent to $1,500 (in cash or on a credit card). The price of a visa is 100 Qatari riyals ($27.5). Qatar’s border services, the security service at Hamad International Airport and the Qatar Airways offices have already been notified of the new entry rules for Russian nationals.

The move clearly shows how the recent events have changed the structure of Qatari relations with othe governments as well as an importance of relations with powers involved in the geopolitical standoff in the Middle East. Qatar boosts ties Russia, Iran and Turkey and stays in an opposition to the Saudi-led block. (More about the recently issued ultimate to Qatar)

At the same time, some experts believe that the simplification of the visa regime between Russia and Qatar may allow some Qatari radicals to simplify communication with their counteparts in the southern regions of Russia

That is a very subtle move , but with a strong symbolic charge. Its like Pawn g7-g6

The Sicilian Dragon is dangerous :) 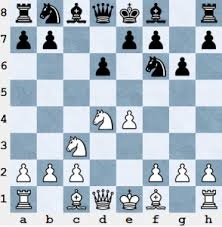 Most countries upon entrance demand that you can prove that you can support yourself for a certain amount of time and that you do not have the intention to work there or aply for refugee status.

You probably never have made a journey nowhere outside your hometown. First because , as a typical US-american , you don´t speak foreign languages. Second , you see someone strange to you in a foreign country and you shit in your pant´s. бестолочь , gilipollas

“…At the same time, some experts believe that the simplification of the visa regime between Russia and Qatar may allow some Qatari radicals to simplify communication with their counteparts in the southern regions of Russia…”

There are no ‘radicals’ physically in Qatar – they outsource everything just like the UAE. Qatar is just smart enough to prohibit the contract head-choppers from stopping by for a visit. The UAE? Not so much.

And Russia seems pretty capable of monitoring and tracking their own radicals. I don’t think there’s going to be any head-chopper conventions in Russia any time soon. The last time they tried that, it turned out… poorly.

Qatar has no radicals truly and the foolish Jihadis remaining in the RF will all soon be dead as their systemic wipe-out continues to this day. The whole issue with the Qataris boils down to Muslim Brotherhood which is not even a terrorist organisation but a very powerful force in the Islamic World and it is very true and proven that they will one day be the nemesis of the Saud (terror family) of the Arabian peninsula. The Muslim brotherhood is now an enemy of the West because they have since ceased to take instruction from the CIA and will never forget or forgive what happened to them in Egypt.

Maybe they expect sudden influx of military advisors, for some reason.