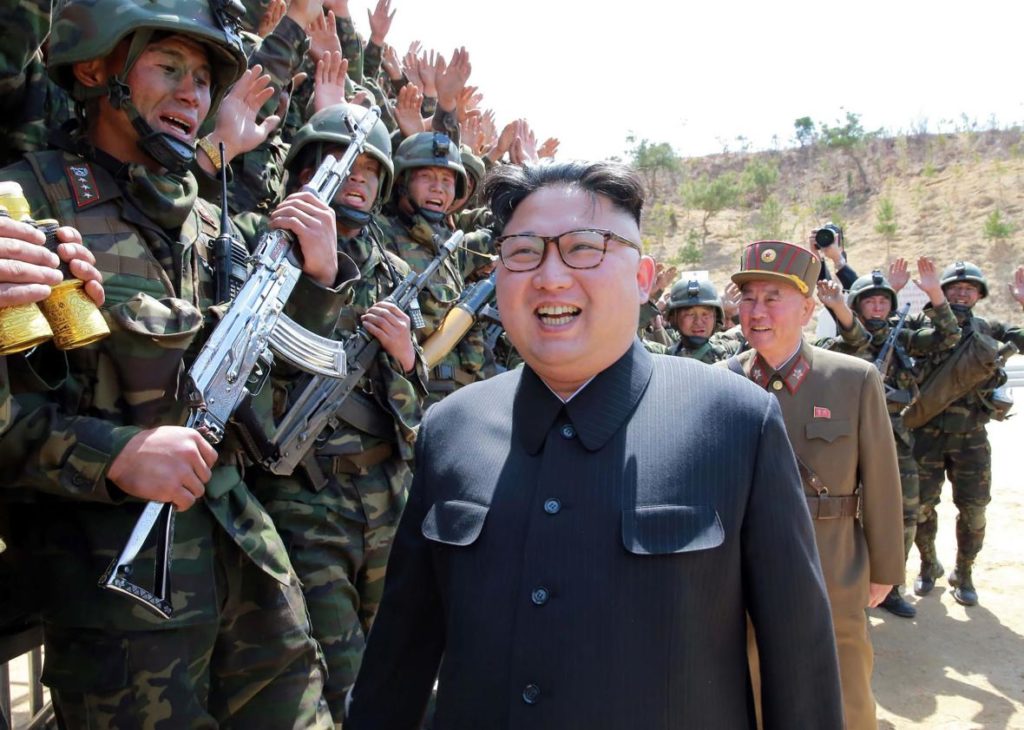 On May 27, US President Donald Trump stated that the US team had arrived to North Korea setting arrangements for the June 12 Pyongyang-Washington summit in Singapore, stressing that the situation “hasn’t changed.”

Our United States team has arrived in North Korea to make arrangements for the Summit between Kim Jong Un and myself. I truly believe North Korea has brilliant potential and will be a great economic and financial Nation one day. Kim Jong Un agrees with me on this. It will happen!

These remarks give the next turn to the June 12 summit in this confusing story.

On May 10, Trump announced that he would meet North Korea’s Supreme Leader Kim Jong Un on June 12 in Singapore, after the April 27 inter-Korean meeting that had resulted in a joint declaration aiming peace and denuclearization of the Korean peninsula.

The highly anticipated meeting between Kim Jong Un and myself will take place in Singapore on June 12th. We will both try to make it a very special moment for World Peace!

On May 16, North Korea threatened to call off the Pyongyang-Washington summit, stressing that the US envisage only unilateral denuclearization without guarantees. Pyongyang was angered with remarks of US National Security Advisor John Bolton. He stated that Washington “is looking at the Libya model of 2003, 2004”, when Libya gave up its nuclear weapons program under the “international community” pressure and was later immersed into chaos by the US and its NATO allies intervened in Libya.

On May 18, Trump assured that the summit would be held, emphasizing that the US had not purchase “Libyan model”. The US President pointed out that he was “willing to do a lot” to offer Kim Jong Un “protections” if he agreed to surrender his nuclear weapons.

On May 24, Trump cancelled the Pyongyang-Washington summit. He wrote a letter to Kim Jong Un, where Trump pointed out “the tremendous anger and open hostility” from the North Korean side in the May 16 statement.

On May 25, in a statement issued by the North Korean Ministry of Foreign Affairs, Pyongyang reaffirmed that it “has the intent to sit with the U.S. side to solve problem regardless of ways at any time”.

On May 26, the US President pointed out “very productive talks with North Korea about reinstating the Summit.”

We are having very productive talks with North Korea about reinstating the Summit which, if it does happen, will likely remain in Singapore on the same date, June 12th., and, if necessary, will be extended beyond that date.

On May 26, at the meeting with South Korean President Moon Jae-in in Panmunjom, Kim Jong Un expressed his firm intention to take part in the Pyongyang-Washington summit.

“great economic and financial Nation”. NWO is coming. All about money.

As if the richest person in the world was the most useful !!