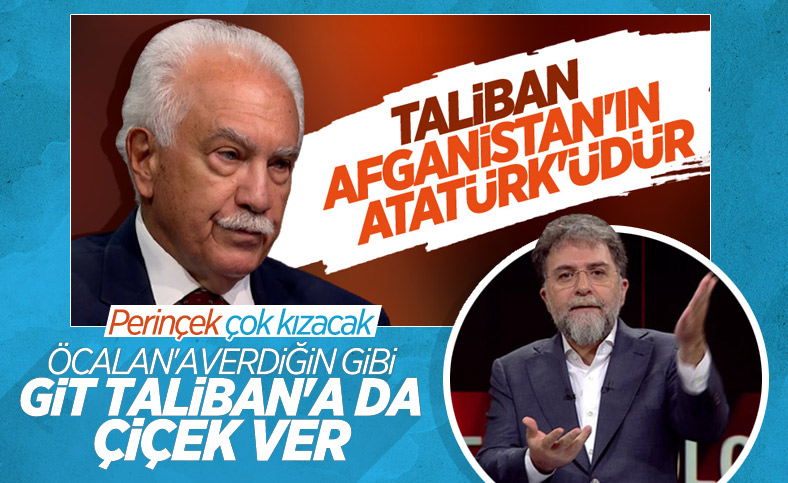 Dogu Perincek is celebrating the perceived defeat of US forces in Afghanistan. The staunchly anti-American Turkish politician doesn’t fare well in elections and has no official position in government but his sway on official thinking should not be underestimated.

His response to the US withdrawal from Afghanistan suggests that it is not just Islamists and jihadists who are having a field day with the American setback. So are civilisationalists who think in terms of a civilizational rather than a nation-state and ultra-nationalists who propagate the notion of a Eurasia-dominated world.

“The Afghan nation has waged a war for the past 20 years against the US under the leadership of the Taliban,” Mr. Perincek said on television. “The Taliban have beaten US imperialism. The Taliban were successful in Afghanistan’s war of independence like Mustafa Kemal Pasha did in Turkey.”

The bizarre comparison by Mr. Perincek, a left-wing secularist who has long advocated a Turkish alignment in Eurasia with Russia and China, would likely prompt the late Taliban leader Mullah Omar and Mustafa Kemal Ataturk, the general-turned-statesman who carved secular Turkey out of the ruins of the Ottoman empire, to turn in their graves.

It put two mutually exclusive poles of the Muslim world, an ultra-conservative religious movement and a Muslim proponent of a militant form of secularism, on par with one another, something neither would have appreciated.

In contrast to the Taliban, Mr. Kemal’s Turkish republic in its early years banned religious clothing, sought to remove religion from the public square, changed the Turkish alphabet from Arabic to a modified Latin one, and significantly enhanced women’s rights.

Mr. Perincek’s view nevertheless reflects a sentiment present not only in government circles in Ankara but also in Pakistan where the country’s leaders feel either slighted or unappreciated by the United States.

Pakistani Prime Minister Imran Khan appeared to welcome the Taliban victory by describing it as “breaking the chains of slavery” even if Pakistan has said it would not rush to recognize a new government once installed in Kabul and was pushing for it to be inclusive.

Foreign Minister Shah Mahmood Qureishi noted that representatives of the Northern Alliance that is opposed to the Taliban had been in his office only last week.

Mr. Qureishi went on to lament the lack of recognition of Pakistan’s contribution to evacuations from Afghanistan against the backdrop of the South Asian nation’s assertions that it is a victim of the fallout of the Afghan wars.

“We are facilitating, our planes are flying into Kabul and getting people out. Our embassy is functioning 24/7 helping people. Diplomatic personnel, international organizations. Are we being acknowledged? No. We are not even being mentioned in the list of countries that are helping evacuate people. Is this an oversight? I’m not sure,” Mr. Qureishi thundered.

Relations between the United States and Pakistan have long ebbed and flowed with US officials at times accusing the South Asian state of having given birth to the Taliban in 1994 and supporting them ever since.

The linkage between sentiment in Ankara and Islamabad in the wake of the US withdrawal from Afghanistan is significant because it highlights one potential effect of the debacle.

Sentiment in Turkey and Pakistan, two of the Muslim world’s more powerful countries, impacts the geopolitical environment as the United States seeks to concentrate on its rivalries with Russia and China.

Turkey and Pakistan have not only troubled relations with the United States but also less solid ties to China than meets the eye. Turkey, moreover, is both a member of NATO and maintains a fragile alliance with Russia, whose concepts of Eurasianism make them as much allies as rivals.

As a concept, Turkish Eurasianism borrows elements of Kemalism, Turkish nationalism, socialism, and radical secularism. It traces its roots to Kadro, an influential leftist magazine published in Turkey between 1932 and 1934 and Yon, a left-wing magazine launched in the wake of a military coup in 1960 that gained increased currency following yet another military takeover in 1980.

Turkish Eurasianism, like its Russian equivalent, is opposed to liberal capitalism and globalization; believes that Western powers want to carve up Turkey; and sees Turkey’s future in alignment with Russia, Central Asia, and China.

Differences with the United States over the war in Syria and US support for Syrian Kurds boosted Eurasianist thinking as it gained currency among Turkish bureaucrats and security forces as well as in think thanks and academia. The influence of Eurasianist generals was further bolstered in 2016 when they replaced officers who were accused to have participated in a failed coup against Turkish President Recep Tayyip Erdogan.

Mr. Perincek’s influence was at the time enhanced by, together with the deputy leader of his Patriotic Party, Ismail Hakki Pekin, a former head of military intelligence, mediating a reconciliation between Russia and Turkey following the Turkish air force’s downing of a Russian fighter in 2015. The two men were supported by Turkish businessmen close to Mr. Erdogan and ultra-nationalist Eurasianist elements in the military.

Fitting the pattern of Eurasianism, relations between Turkey and Pakistan have tightened in recent years with nationalistic Turkish tv series that celebrates the Ottomans winning hearts in minds in Pakistan, Pakistani support for Turkish-backed Azerbaijan in last year’s Caucasus war against Armenia, and stepped up military cooperation.

Turkey’s main aerospace manufacturer said this weekend that it had agreed with a Pakistani partner to produce in Pakistan components for a Turkish, medium-altitude, long-endurance drone. Turkish drones have performed well on battlefields in Azerbaijan, Libya, and Syria.

I have no respect for Kemal Ataturk because to impress his British masters, he sought to rid Turkey of its Islamic roots. The West has always seen Islam as a threat just like civilizations before it and will not stop until they see their result. Unfortunately, Islam stands for the truth and you cannot defeat truth. If left alone, Islam poses no threat to anyone, it just won’t play fetch no matter what. How would a system that is so complete with its business and finance model, jurisprudence, science and technology, education etc play fetch to anyone? The West hates this as they seek to enslave the world through their interest-based banking system. Islam is not the oppressive religion that does not care about women’s rights as they’d like you to believe. Before anybody knew what women emancipation was, the Muslim prophet was teaching the people of Arabia and empowering women. The Muslims taught Europeans women’s rights and now the STUDENT VILIFIES THE TEACHER.

What are you talking about born smarter? You do not respect women in your societies, look around you and see how you reduce your precious women to sex symbols. Imagine a whole gem of a human being is reduced to flesh and ”glamor”. The average woman in your societies is striving to ”look beautiful”. If that’s all they live for, that’s what we call oppression. But it’s not fair to paint all of the West with the same brush. They have good things going for them too, the freedoms, opportunities etc. Unfortunately, it’s a society in contradiction which is bound to collapse. On the one hand it stands for liberty and freedoms, on the other, these liberties are a sham, you are in a bigger prison, the prison of your mind, wholly dependent on the system.

It’s good you learnt. Freedom has its limits and it has to be genuine. There is no need to assume you have monopoly of knowledge and definition of women’s rights. These rights take into consideration local cultural dynamics and so do not assume you can apply your Western principles in a Muslim society like Afghanistan. It is one thing to advocate for rights within the Islamic system, but it’s a whole thing to try and change societies to live like you. Same sex relations is not a thing for them, why do you insist? In your societies, it probably looks normal that a man can sleep with man, in many societies, that’s a disease and filth. You have to respect that.

No system has given dignity and empowered women like Islam not withstanding the oppression in some countries that has nothing to do with Islam. What your media tells you is irrelevant.