The cat abandoned its kittens?

Putin is guilty for this.

Your wife has left you?

This is Putin’s fault. 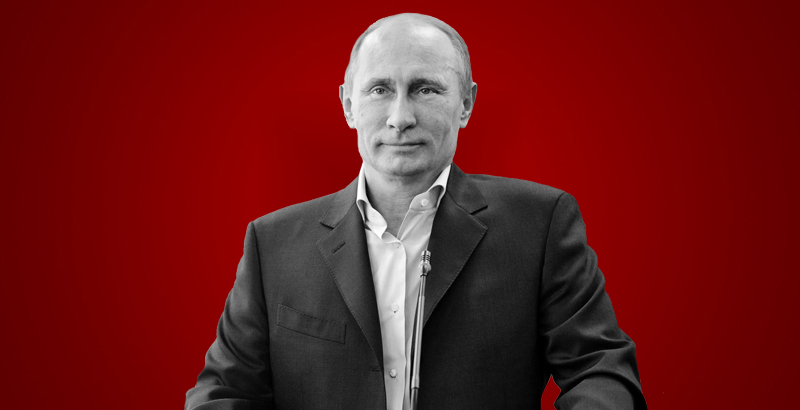 There are people around the world and at home who, at the mentioning of the name of the Russian president, fall into the stage of difficult-to-control hysteria. With them, the outbreak of emotions is so strong that a man must make enormous efforts to understand what they are trying to say. After all, from all the incoherent words that they pronounce, from the muddy stream of their consciousness which has taken place in their brains, one can only realize one thing – in this world there is an absolute evil and its personalization is called Vladimir Putin. This is such a bad, and at the same time, such an almighty person, that he is not only capable of changing the geo-political situation in such a fragile country as Bulgaria, but to stop the rotation of the Earth and to make the Sun rotate around it. This is how, in a paradoxical way, the fiercest critics of Vladimir Vladimirovich become his most wonderful PR agents, because the character they create so diligently, is of a man who can do anything; literally.

The exit of Great Britain from EU made these paradoxical personas play their favorite schizophrenic role of critics and promoters of Putin’s power, at the same time. According to their analysis, it is exactly the Russian President who personally convinced over 17 million British citizens, or at least a large part of them, to say “no” to the EU. But that’s not all. The more advanced commentators of this fact continue. The moment is not far for these 17 million British citizens, or at least most of them, to wish to become members of the Eurasian Union. This will be the natural outcome of the power of Putin, whose abilities some short-sighted politicians do not want to acknowledge. According to these ‘conspirologists’, there are moments when Vladimir Vladimirovich slightly ignores the big world’s events and entertains himself with lesser damages, which however, again demonstrate how weak the Western countries are in comparison to his skills. The extremely Russophobic-tuned analysts are convinced that the riots during the present Euro-cup, with tens of fans injured, are the direct result of the naughty Russian President. These people patronizingly explain to us – we who are unable to understand these processes – that the Russians arriving in France are only pretending to be soccer fans, while as a matter of fact, they are excellently trained special service. How else can we explain the fact that the non-appealing fans of ‘Sbornaya’ knocked down the supporters of other soccer teams?

These, of course, are little jokes from Putin’s side. He does it just like this, so that he can stay in shape. His real power is in the life-beating global events. The conspirologist Russophobes are 100% sure that the present migrant flows flooding Europe, are directed by the almighty hand of Vladimir Vladimirovich. With his hits in Syria he made it so that, the authors confirm, tens of thousands of people leave their homes and go to Europe. It is arguable to what degree the hits of the Russian aviation have resulted in the flooding of migrants on our continent. However, it is not arguable that the start of migrants flooding of Europe began long before the Russian planes started dealing with the ‘moderate’ and ‘not-so-moderate’ parts of the Syrian opposition.

The government of Moscow undoubtedly has at its disposal professional PR services available. However, even they cannot achieve as much for establishing the character of the almighty of Putin as his critics. It turns out that he can manipulate the voters in Netherlands, who at a recent referendum voted against the agreement of association of Ukraine with the EU, as well as to mess up the economy of Ukraine to such a degree that the people of the country are tuned against the ‘bright and pure’ Euro–Atlanticists  in Kiev. Sometimes I wonder if the Kremlin image-makers are not paying the conspirologist Russophobes to make Putin look so almighty. But then I tell myself: no, no one pays them; they are simply: stupid.

This info is all common knowledge to South Front readers…what was the point of wasting resources on this article?