Russian President Vladimir Putin has put his finger in the wound, and put the fight against terrorism in a willingly overlooked context: A total of 40 states, even some among the G20, have supported, the terrorist militia IS financially . Now a broad coalition must put an end to this racket. 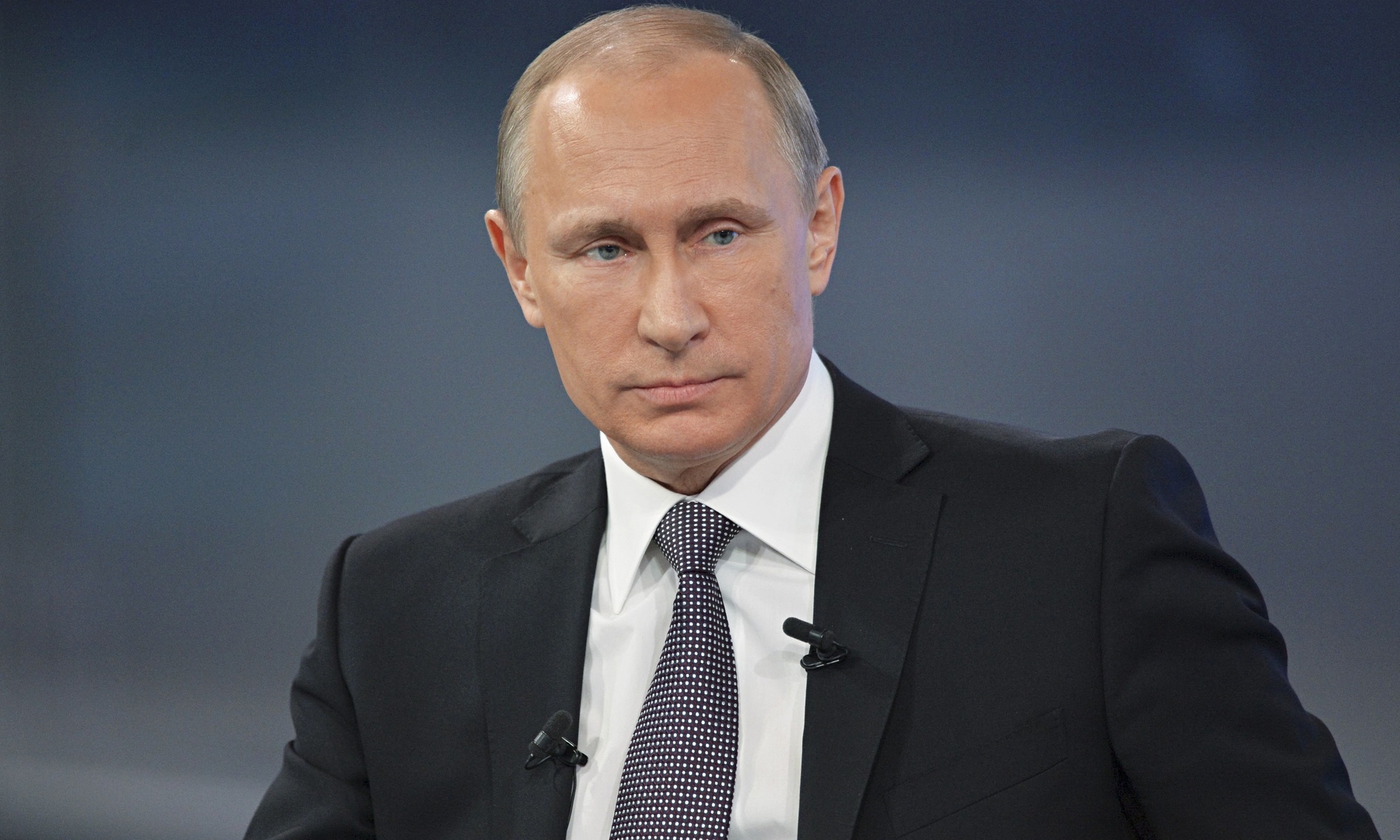 Originally appeared at Deutsche-wirtschafts-nachrichten, translated by Sophin exclusively for SouthFront

Russian President Vladimir Putin has put an unpleasant truth on the table after the G20 summit: The Terror Militia IS could only be as strong because the troops have received a broad financial support from a lot of countries. “As we have noted, the funding comes from 40 countries, including some G20 countries,” said Putin to reporters. The secret service man Putin has certainly more than reliable information.

The diplomat Putin avoided, however, to name the sponsors by name.
But from the list, Putin enumerates to be necessary for a coalition against terrorists, it is not particularly difficult to draw conclusions: “We need the support from the United States, the European countries, Saudi Arabia, Turkey and Iran.”

Putin does not want to stand idly by this hustle and bustle and has on Wednesday by decree convened a commission to coordinate the fight against the financing of terrorism. The Attorney General, the central and regional authorities need to report any suspicious activities to the Commission, according to the decree of Putin.

In order to actually put an ending to this chaos, Putin calls for a broad coalition to be finally formed. French President Francois Hollande and Putin have had some close consultations: He told the French President without further ado about allying and cooperating with him on Syria now militarily.
At the same time, the Russians reinforced their airstrikes and for the first time deployed their long-range bombers.

The formation of a broad international anti-terrorist coalition is still possible, Putin said: “I think that this is not only possible but necessary.”

Putin recalled that he had campaigned for such a coalition already at the United Nations General Assembly in September. “The tragic events confirm that we were right.”

A coalition is easy to realize. “It is necessary to take concrete steps to prevent terrorist attacks and to prevent and combat terrorism on a global scale. We have also proposed to join forces in the fight against IS “. Unfortunately, the US has rejected the Russian proposal, Putin stated.

“Life evolves very fast and teaches us lessons. It seems that now everyone has come to the conclusion that this fight can only be won if we unite the efforts “.

“We have always been open to such cooperation. We expect that this cooperation both at the political level as well as services, such as the active exchange of information, would help each other “. In addition, we could mutually warn each other of dangers. For this, action in Syria is essential: “A part of the armed opposition believes that it is possible with the support of Russia’s military to take action against IS. We are willing to offer such assistance from the air “.

In effect Russia has been doing preliminary work. Putin recalled that Russia more than once had asked her partners to identify the possible targets.
Putin also said that Russia had established contacts with some of the armed opposition in Syria. These opposition groups asked Russia to refrain from attacking the areas controlled by them.

Putin seems to have addressed the other leaders directly with his frank words: “I have spoken with my colleagues. I hope that we continue the work that is essential for the fight against terrorism. We talked about the need to implement the UN Security Council resolution, which was tabled on the initiative of Russia. It is about the prevention of terrorist financing and the prevention of illicit trafficking of art works, terrorists are plundering in the conquered territories. ”

The G20 countries have discussed ways to prevent the illegal trade in oil and the earnings from that. “In addition, I also showed colleagues pictures from satellites and aircraft clearly showing the extent of the illegal oil trade. The convoys of fuel transporters extend over tens of kilometers, “said Putin. For Russia control of the oil trade is of eminent importance. The country is dependent on primary commodities. Putin sees the need to occupy a strong position in the Middle East to continue to establish a counterweight to the by the Saudis dominated OPEC. Because the war in the Middle East is, as with all global conflicts, about access to resources. Putin is likely to have convinced some, after the attacks of Paris, that he is the more reliable partner than the Saudis, which the West has courted for decades.