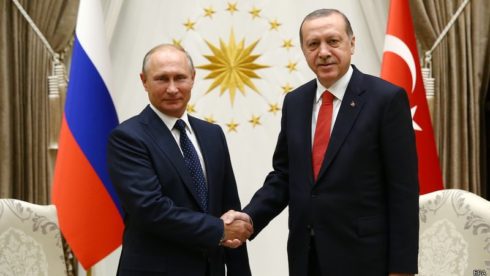 Turkish President Recep Tayyip Erdoğan said on Thursday that unlike his relationships with George W. Bush, Barack Obama and Donald Trump, which “worked well,” he has “not gotten off to a good start” with his U.S. counterpart Joe Biden since his arrival in the White House on January 20. Erdoğan also vented that the source of his frustration with Washington was the removal of Turkey from the F-35 fighter project two years ago after purchasing the Russian-made S-400 air defense system. Turkey is also frustrated at Washington’s Syria policy and newfound enthusiasm to be involved in the Nagorno-Karabakh issue in a meaningful way.

The acquisition of the S-400 system did not only result in Turkey’s expulsion from the F-35 program, but also led to U.S. sanctions last year. Ankara claims to have already paid $1.4 billion towards 100 of the stealth fighter jets. Many Turkish military contractors were to also be involved in the project. Yet, despite the sanctions and removal from the F-35 program, the Turkish president remains steadfast in his decision to acquire the S-400 system. In fact, he plans to purchase more units of the air defense system.

“For us, the S-400 affair is done. It is not possible to go back on that. The United States must understand. We, Turkey, are honest, but unfortunately, the United States were not and are not,” he said, adding that Ankara would go “knocking on other doors” so that Turkey can “purchase what it needs for its defense.”

It appears that one of the doors that Erdoğan will be knocking on is that of his Russian counterpart Vladimir Putin.

The two leaders are due to meet in the Black Sea resort city of Sochi on September 29. Erdoğan said that he would discuss with Putin bilateral relations and Syria, particularly the situation in Idlib. In his statement, he said that the pair “will make a decision on the fate of Turkish-Russian relations. We will also discuss Syria.” The Turkish president stressed that he “has not seen any Russian mistake towards our relations.” 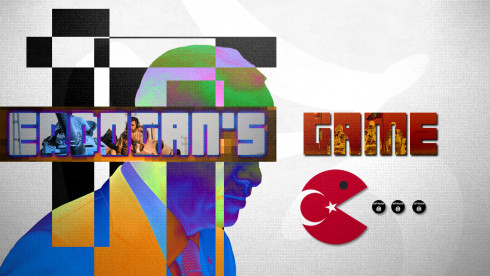 It raises the question whether Moscow would be willing to trust Erdoğan, especially given that his friendly rhetoric can just as easily turn vicious. It is recalled that Turkey is responsible for the deaths of many Russian military personnel in Syria, attempted to change the power balance of the South Caucasus out of Moscow’s favor by enthusiastically encouraging and backing Azerbaijan to capture Armenian-held Nagorno-Karabakh, and undermined Russian interests in Africa by propping up the then Libyan Muslim Brotherhood government.

Although a variety of actors, such as NATO, Israel and the Peninsula Arab countries, all initially conspired together to support the war against the Syrian state, a decade later and the war is continuing mostly because of Turkey’s unilateral aiding, training and financing of jihadist forces in northern Syria. Venting his frustration, Erdoğan would in fact claim the opposite and say that “Biden is transporting weapons to YPG terrorists operating in Syria.” The People’s Protection Units (YPG) is the Syrian branch of the Kurdistan Workers Party (PKK) – but the YPG are directly supported by Washington. Ankara considers the PKK and its affiliations as terrorist organizations because of their calls for Kurdish independence or autonomy, as well as equal human rights. 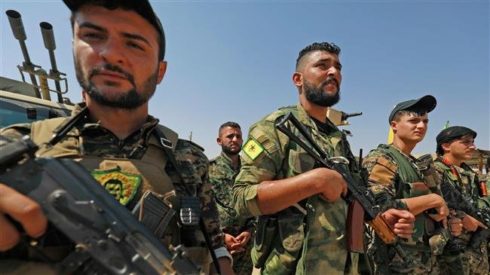 The U.S. has effectively been locked out of the Syrian quagmire, having failed to dislodge Bashar al-Assad from power or weaken Russian and Iranian influence in the region. They now only control areas held by the YPG in Eastern Syria. This region also happens to be Syria’s food bowl and source of domestic energy, something that the U.S. weaponizes against the Syrian government.

Russia and Turkey have competing interests in Syria, with the former wanting to maintain the decades long status quo and the latter attempting to reconquer, through hard and soft power, its former imperial Ottoman possession. However, Turkey has shown in the past that it is willing to work alongside Russia and Iran in the context of the Astana Platform on the Syrian file to wane and limit U.S. influence on the peace process. As disappointing as it may be for Turkey as it is desperately attempting to become a Great Power, the reality is that its presence in Syria depends on Russia. 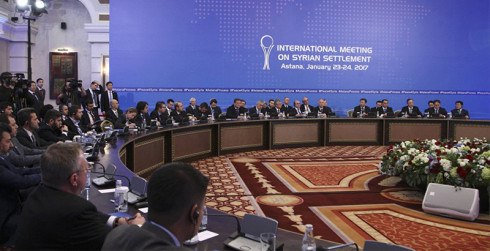 Despite permeating issues between Moscow and Ankara, particularly because of Turkey’s policies regarding the South Caucasus, Ukraine and other areas of interests, there are actual opportunities for deepening ties and collaboration.

Following positive remarks by Armenian Prime Minister Nikol Pashinyan on the potential reconciliation between Armenia and Turkey, Erdoğan announced that Ankara will soon take some steps to establish a platform with six countries to create a regional synergy to resolve issues. It can be assumed that these six countries are Turkey, Russia, Iran, Georgia, Azerbaijan and Armenia.

Effectively, as Turkey’s economy continues to tumble, it no longer has the capabilities to operate on multiple fronts at the same time. It is likely that Erdoğan wants a new regional format to relieve a pressure front knowing full well that the U.S. and France plan to exploit the Nagorno-Karabakh issue against Turkey.

In this way, Turkey is once again turning to Russia to relieve mounting pressure from the West. Although Erdoğan’s suggestions of creating a regional platform to resolve issues is a positive step in the right direction, given his consistent untrustworthy behavior and betrayals in the past, Moscow would on the one hand be enthusiastic about such a bloc, but will also be wary knowing that Turkey very often turns back to the West easily if it can gain any kind of advantage, especially if it related to domestic considerations as his ratings continue to reach new lows.

The Russians should sell another S400 to Turkey, but secretly include a built in mini-nuclear device to detonate once the back-stabbing Turds try to reverse engineer it or let their Americ-nt masters inspect it. Then, say “Ooops, sorry about that!”

Don’t tell this secret to anyone because maybe Turkey is reading SF,

He is scottish. In the summertime they only wear belts, so they can handle their bagpipes better:)

One of those modifications seemes to have hit You. It Works:)

He drank all of it. Now he eats dicks of refugees again

Get these insane invaders the fuck out of Idlib, Al Bab and Afrin. Doing so will then free up enough resources to be able to bring the SDF-occupied parts of Syria back into the government control and kick the Amer oil-stealing terrorist invaders out!

Assad made those many millions insane and should retreat to areas supported by him and the bad artist.

Let us kill them now…….quietly…….don’t worry too much.

Unfortunately the turks as a “gateway” nation decided to start digging their own grave. Bite every hand that feeds you and your lifespan becomes very limited.

And culture is some stuff making furniture shine too.

I can read you are no cannibal.

USA said remove or reduce the Assad regime. It has.

Only blind people cant see that on maps. One of three Syrians are not even in Syria as well. Several millions are internal refugees as well.

yeah but 75% Syria in Iran’s hands……don’t matter where the jihadists go. We own the rump and reclaiming more by the month no?

Erdogan must get Something out of Syria to leave Syria otherwise it will be suicide to leave Syria barehand and just go, this Something must be Big enough to satisfy Erdogan/Turkey/Turkish people,

do not know who admin is. but have now not seen an objective analysis yet. always pro assadist pro russian analysis! Erdogan’s Turkey has stopped Russian pressure on 3 fronts, so Turkey has managed to show that they can do more than what the scribe writes. something completely different is that russia and the usa will probably have to leave a syria one day. but the Turks remain forever. so do not rejoice for too long losers!

Putin will sell more S-400 and possibly also SU-75 to Turkey. If Putin can take some money of Turkey he will but don’t expect any technology exchange. Putin is a good negotiator and knows how to use leverage..