An interesting Israeli look at the situation in Syria: It must be noted that only the emergence in the Middle East of Putin’s Russia as the successor of the past USSR will lead to regional stabilization, due to the Byzantine heritage of Moscow. 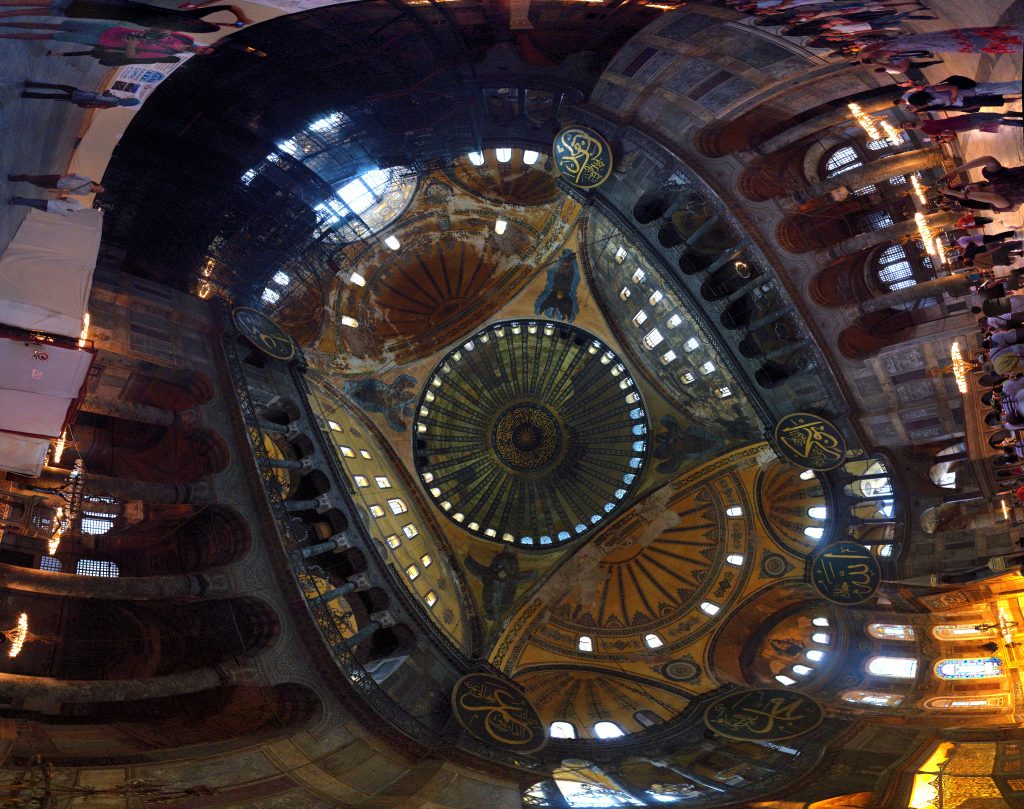 This article has a long story. It was originally appeared at News1, Israel. Then it was translated from Hebrew to Russian for Inosmi.ru. Then Carpatho-Russian translated it from Russian to English for SouthFront.

Putin is consistently working on creation of a new superstate, “Imperial Orthodox-Byzantine Russia”, designed to replace the Communist USSR which broke up 25 years ago. This power will become the center of a huge regional block including the countries neighboring Russia. This also concerns the Middle East, which the new Russia considers to be space where its interests in the sphere of national security are manifest.

Putin’s plans to create the new Russian imperial power are shown in very different spheres. Recently they affected Israel in connection with the events in Syria and partly in Iraq.

Russia is strengthening its presence also in Jerusalem: in Muscovy in Ein-Karem, in the Sergiyev Courtyard in the city center, and other Orthodox religious objects in the capital and its suburbs, as for example in the church of Alexander Nevsky in the Old City.

At present it is possible to note the following facts: 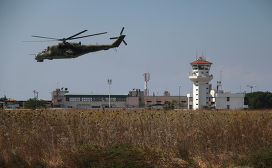 Russian fighting aviation group at the Khmeimim airfield in Syria

The events in Syria belong to traditional Russian strategy, according to which Russia must have presence at the “warm seas” in the south — the Black Sea, the Bosporus, the Sea of Marmara, and the Dardanelles leading to the East Mediterranean, which Russia considers as operative space to ensure its national interests in the security realm. In the eastern part of the Mediterranean Sea there is the Suez Canal leading to the Red Sea, and from there to the Indian Ocean and the Persian Gulf.

The necessity of restraining Islamic anarchy also plays a role, as numerous Muslims live in the Russian Federation, and some of them, primarily Chechens, have joined ISIS. In Greater Moscow there live about three million Muslims.

The vacuum which has generated anarchy

The policy of the western states in the Middle East has created a vacuum which has generated anarchy. The most radical manifestation of this process is ISIS, with whom nobody is seriously fighting (a similar phenomenon was formed as a result of anarchy in the region about one thousand years ago under the name of the  “Assassins”). This all led to political deadlock and loss of vision, which in turn has been  expressed in the breakdown of the modern states created by Great Britain and France, with assistance of the USA, after the disintegration of the Ottoman Empire in Iraq, Libya, Syria, and Lebanon. The threat to the Hashemite kingdom in Jordan is also growing and getting stronger. This should also seriously disturb  Israel.

Post-communist Russia under the direction of Vladimir Putin intends to inherit the identity and essence of the “Eastern Byzantine Empire”, which appeared as a result of the split in the Christian world into western Catholic and eastern Orthodox churches.

The stabilizing role which Byzantium played in the Middle East passed from it to the Ottoman Empire and then and also to the USSR. All these empires had the common “Byzantine Eastern” identity, even though the Ottoman Empire was a Muslim state.

The USSR existed in the conditions of friction with the West, first of all with the USA, as well as with post-colonial France and Great Britain. At the same time, operating in coordination with the western countries, the USSR managed to maintain secular national stability in the Arab Middle East. This was facilitated by Gamal Abdel Nasser, who was advancing a secular-nationalist pan-Arab ideology. This course was carried out in cooperation with Baathist parties in Iraq and Syria and in “Movement of Non-aligned Countries” bloc, representing the Third world freed from colonialism.

It must be noted that only the emergence in the Middle East of Putin’s Russia as the successor of the past USSR will lead to regional stabilization, due to the Byzantine heritage of Moscow. As appears from their recent statements, US Secretary of State John Kerry and German Chancellor Angela Merkel are beginning to understand this.

The new equation in the Middle East

Russia has come forward in the world arena in its new “Orthodox-Byzantine-Imperial” cloak. It can construct a new equation to restore stability in the Middle East. Such a development of events will in turn lead to  weakening the Islamic messianic fanaticism expressed in ISIS. This phenomenon corresponds to Messianic Judaism and messianic Protestantism-evangelism in Christianity. This process will take place in cooperation with the West. The main participants will be Russia, the West, and the Sunni Arab countries which have not fallen into anarchy. They have a community of interests which is expressed in aspiring anew to stabilize the post-colonial Middle East, which is collapsing before our eyes. For this purpose it is essential to strengthen the system of authority, which is distinct from western democracy which cannot be inculcated in this region. A further purpose of the program is to put an end to a flow of refugees and illegal immigrants fleeing from the bleeding Middle East to Greece, or to Italy from Libya. The flow of illegal immigrants from the Middle Eastern states seriously threatens the demographic and cultural stability of Europe.

New stabilization of the Middle East will be carried out according to Ottoman-Byzantine eastern principles, instead of western. These methods are time-honored, tested and rolled out over a thousand years. These include creation of autonomous structures and provision of collective security to a mosaic of religious and ethnic groups in the Middle East within stable state formations under the Russian-Byzantine aegis. The system of “religious communities and millets”, somewhat like cantons, worked remarkable well in the region for generations. Great Britain, having accepted the mandate for Palestine, also used the same principles,  adopting relevant laws on communities which are still operative in Israel, Palestinian Authority, and Jordan. A return to this system will benefit various religious, ethnic, cultural, and clan communities in the Arab Middle East. These include Kurds, Palestinians, Druzes, Alawites (in Syria), Alawites (in Turkey), Yezidi (fire worshipers living in Iraq, against whom genocide is occurring currently), Assyrians, numerous Christian communities of the Orthodox and Eastern Catholic orientation, Turkmens, Bahai, and many others.

This assumption leans on the fact of a community of interests of Russia and the USA. Washington aspires to reduce its own intervention in the affairs of the region and presence in the Middle East. This tendency is associated with the global priorities of the USA, requiring rapid transfer of the American attention to the Far East.

The information mentioned above means that stabilization will occur on the basis of a restart of the Middle East. There are no two ways about it. Vladimir Putin plays a key positive role in this process. He has already demonstrated an ability to show restraint in the question of a Syrian chemical weapon. He will likewise direct and counterbalance the activity of Iran and its satellite in the agancy of Hezbollah, in accordance with Russian interests.

Putin has been involved in the stabilization of Syria, and China in the fight against ISIS. Beijing has its own interest in eliminating ISIS associated with the presence, in the ranks of this group, of fighters from among the Uighur, the Chinese Muslim minority. There is also interest in Germany, which is striving with all its efforts  to stabilize Syria and Iraq for the sake of  terminating  the flow of refugees from these states to European countries. One more state interested in the same process is France. The French citizens, both those of Muslim origin and those newly converted, are fighting on behalf of ISIS. In addition, France has a a link with the region since the times of the mandate to Syria and Lebanon, which it received after the First World War.

The Russian-Byzantine relationship, based on intuition and understanding, in this case is more preferable than the rigid western approach based on a black-and-white picture of the world.

“Byzantism” corresponds better to the necessity to construct a complex policy in a region abounding with ethnic, cultural, religious, national, and tribal groups, so as to stabilize it.

Only a synthesis and a common denominator between western thinking with its limitations, and the Byzantine approach based on the principle of “union of cultures”, can become the solution for the chaos and the anarchy which have generated dangerous tendencies and created the conditions for the flourishing of messianic ideas in Islam, Christianity and  Judaism.

The situation in Syria

Taking into account of the above, Vladimir Putin is acting properly, presenting the world with the fact of the creation of a Russian outpost in Syria. It is possible that he will act the same way in Iraq and in Benghazi, which is the location of  the lawful government of Libya which is at war with local detachment of ISIS.

A new formation of the imperial periphery of Russia provides for the conclusion of strong bonds between Moscow and as-Sisi’s Egypt,  Greek Cyprus, and Tsipras’ Greece, as well as the former Yugoslavian republics, Bulgaria, and Romania.

Russia also plays a leading role in the BRICS group which includes besides itself Brazil, India, China, and the Republic of South Africa, a powerful bloc which has become a counterweight to the USA, Europe, and Japan.

Avigdor Lieberman, Minister of Foreign Affairs of Israel, understood the significance of these processes and the importance of “Byzantism”, and hence tried to include Israel in this system of unions so as to protect Israeli national and regional interests. But in this regard, Benjamin Netanyahu prefers not to engage in strategy and is keen on tactical attempts of static rather than dynamic management of the conflict. He conducts himself in the style of Golda Meir, who led the country to the Yom Kippur War in 1973, as mentioned in the report of Agranat’s commission of inquiry.