Russia wants to know from Washington if the US knew that a Russian bomber should be shot down in the fight against IS. The Russians ask unpleasant questions that could damage the US role as a world power. 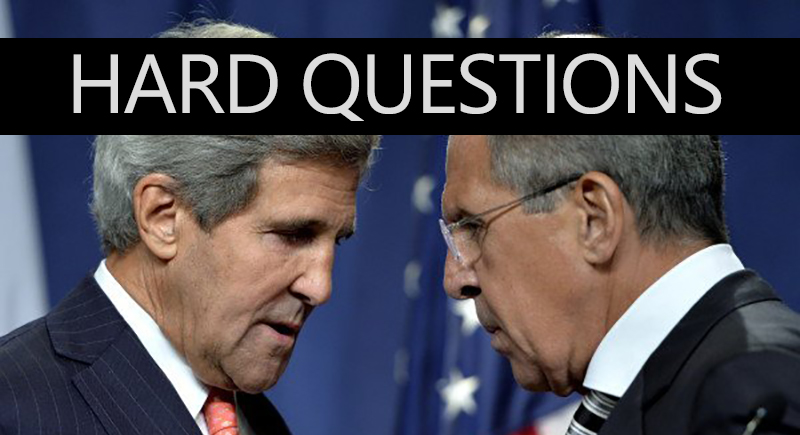 Russian Foreign Minister Sergei Lavrov had ask his US colleague John Kerry apparently some very unpleasant questions: The downing of the Russian machine over Syria was a serious violation of the agreement between the US and Russian memorandum on aviation safety over Syria. The US in the meantime has acknowledged that the airplane had been shot down over Syria and not Turkey.

Lavrov appeared in the conversation with Kerry outraged that “a plane that is complying with its obligation and fighting terrorists in Syria is shot down without having provoked someone”.

Thus, the United State would be guilty of breaching the memorandum. The agreement stipulates that each side makes sure that the allies do not come into conflict with the other combatants.

Lavrov said he knew that the US always demands to be informed about the operations of their allies. Therefore, there is the possibility that the Turkish Air Force could have coordinated the downing with the Americans. Lavrov: “Some of the members of the (US led, editors note) coalition have told us, they are required to obtain the approval of the United States before a combat mission when they use machines of US-design”. In the case of the downing of the Russian Su-24 the Turkish Air Force used an American F-16. Lavrov now wants to know from Washington, whether this procedure also applies to the Turkish Air Force, and if so, whether the United States had been previously asked for permission for the downing of the plane.

The question is unpleasant for President Obama: He has wanted to get out of the war in Syria for a long time. However NATO and the intelligence services have under the leadership of the US neocons become independent. Therefore, the clarification can bring to light the unpleasant result that the American president is no longer the actual commander of the armed forces.

Even for the United States as a world power the question is very embarrassing, since the Russians imply, that Americans do not operate the fight against terrorism with the necessary firmness, but even to the contrary, operate with Turkey and NATO as accomplices of IS.

It comes natural for US politicians to lie. Like their father, truth is not in them.