The Russian President Putin and the US President Obama met for a short conversation in private during the G20. 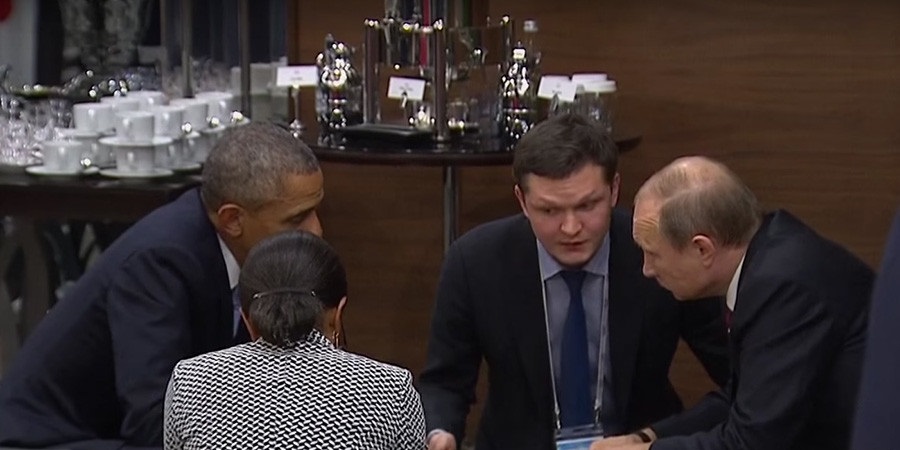 The conversation of the two state leaders lasted, according to different statements, about 20 – 30 minutes. Only their interpreters were present.

The conversation happened during a break between the meeting of the leaders of the BRICS states and the continuation of the G20 meeting. Previously Putin and Obama chatted during a shared photo session.

Principal topic of the G20 is the war against terrorism, the refugee crisis and the reformation of the IWF.

The Argentinian President and the French President did not attend the meeting.

In the evening the White House spoke out about the topics of the conversation of the two Presidents.
Primarily it was about the increase of efforts to find a solution in the Syria crisis.
Beyond that they talked about the terror attacks in Paris and about the consolidation of forces in the fight against IS. The US-President used the opportunity to speak out his compassion related to the airplane crash in Egypt.

Washington rated the conversation as “constructive”.

Juri Uschakow, the consultant of the Russian President, said that they also talked about the Ukraine.
The topic of Ukraine was discussed after the topic of Syria, and less time was needed.
He also said that they share the strategic goals in the war against terrorism, but have different views how to implement them.

Washington agreed on the issue in Syria that it is necessary to solve the problem trough politics and that the Syrians should take the lead themselves.