A prototype of the advanced Mi-28NM “Night Hunter” attack helicopter participated in an aerial attack on militant positions in northern Hama on March 21, a new video released by Jaysh al-Izza on March 22 reveals.

The Mi-28NM can be easily recognized thanks to the unique design of its new nose hull, which is completely different from the nose hull of the original Mi-28N.

In Jaysh al-Izza video, the Mi-28NM prototype can be seen escorted by a variant of the Mi-35M helicopter gunship. The Mi-35M is also being modernized with new armour, new propulsion and optical system. However, it’s unclear if the one seen in the video is a prototype of the new upgrade, which is known as Mi-35MV. 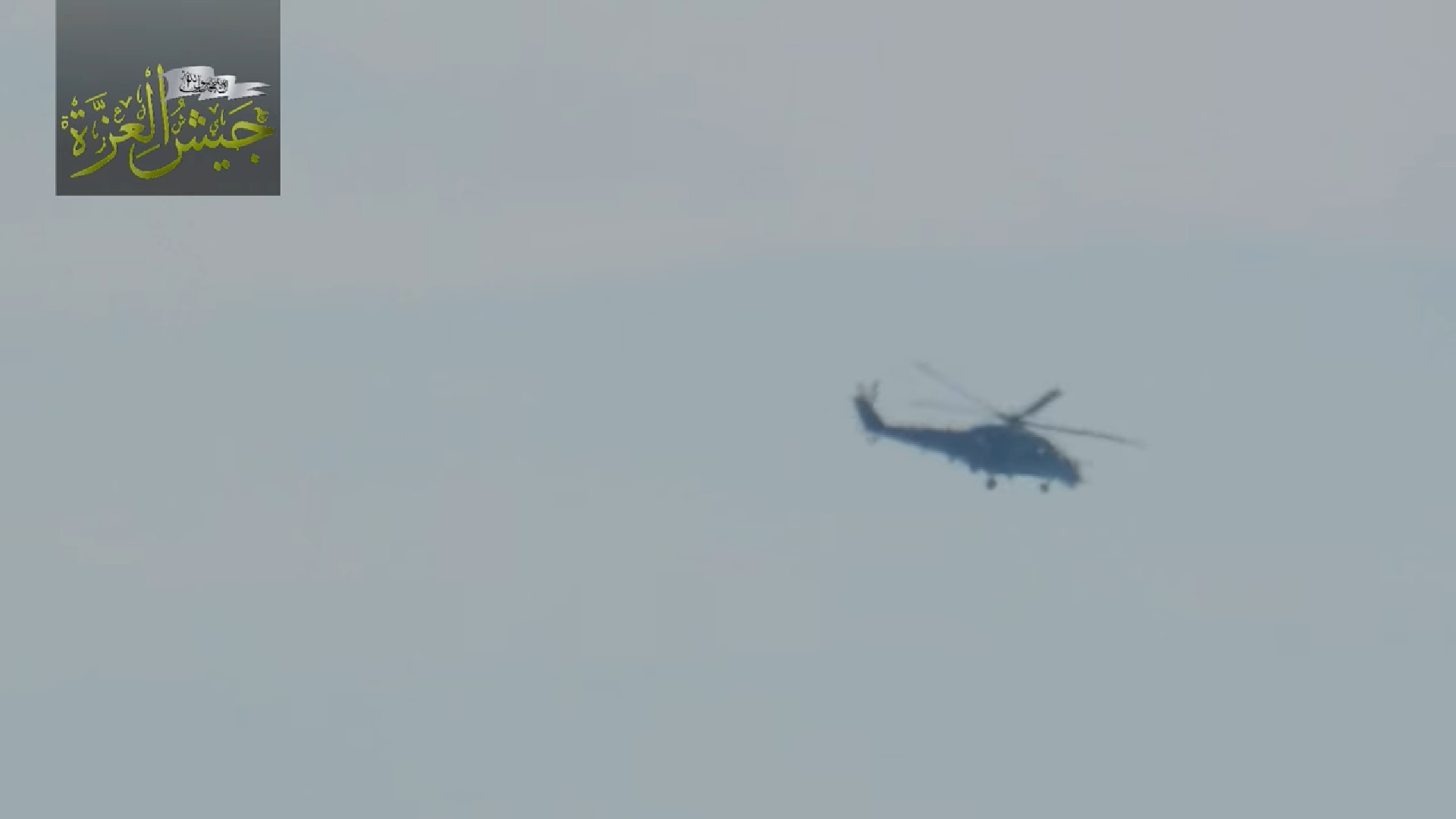 The Syrian conflict has allowed the Russian military to test hundreds of modern weapon systems. The military also gained significate combat experience that helped it to improve already-exciting systems.

I don’t know what’s more annoying wasting 30 seconds waiting for the night hunter to hit something or that douche bag in the back ground saying auhl akbar1!!

I am interested what weapons it used. It would be very stupid sending the newest model and fire unguided rockets only.

It seems that you have never been involved in actual testing. Introducing too many unknowns at the same time is a sure way to nowhere. This machine has new radar and fire control systems – proper way would be to use well tested/known weapons with known characteristics and see how it works with together with new target aquisiion/fire control When those are well tested and developed than introduce new weapons. Also why do you think that Russian copters only use unguided rockets? Here’s some old footage that proves different https://youtu.be/9G4xe3EoQ7E

Lol! MISS! Laser guided missile and it still MISSED. It blew up right in front of the truck, not destroying it.

I can bench your body weight, tiny shrimp

And if you ever had any training at all in stopping vehicles, you Should know that the engine is the primary aiming point. And since the trucked is not blow to pieces, you can always gain intel from what its carrying, intel is always worth more than wrecks.

With that said, no weapon is free from missing and error, no matter the manufacturer or country of origin.

You are an idiot, this is not Apache to stay still, on AUTOHOVER to shoot missiles, look at the speed at which this helicopter (left side) shoots the missiles from 180KMh to 270KMh, and with small joysticks, the new one has helmet-eye guidance where pilot turns his head and the laser and turret goes there where pilot points, with increased smoothness and low sensitivity. To hit those targets with a speed over 250Km/h is amazing.

Wich weapons was/is actually being tested i dont know, time will tell. But as Tudor says, i also believe that they are take many small steps forward instead of one big step backwards.

what is the purpose of removed nose?

That’s due to geometry of new radar system.

The old nose was too similar to Jacob Wohls nose I would think :)

They wasted no time in testing it out on Jihadist rats. :)

just don’t cry when tomahawks start raining down on the Syrian Army again :)

Still nowhere near able to beat or outclass the American AH-64 Apache Gunship. Apache is better in every aspect: weaponry, countermeasures, targeting, navigation, and piloting

MI-28 can carry a few troops too! There is another version that carries many troops! Why did u forget this?

Also, dont forget costs comparison! Also, Russian’s are ahead in radar, i dont know where u get ur info from! Also, ask urself why US soldiers DEMANDED MIL helipcopters in Afghanistan! Why McCain was so pissed about it! Why MIL was not Sanctioned by the USA (Same reason why Russian rocket engines werent sanctioned)

Admit it…… they are just better! What??? u think u know more than the US military? U think they like being looked at as suckers? of course not! So why the fuck are they using Russian helicopters in the mountains of Afghanistan (hint: not for evaluation purposes)

Stop ur biased research! Even Sikorski was a Russian! Wake the fuck up! Americans are so dumb that they used Russian Anti-virus software in their Congressional and Senate IT systems!

Come on dude…. u look stupid coming here saying this! We are all info’d up here!

so u dont know that Americans are using and Want and prefer Mil helicopters in Afghanistan? are u telling me u dont know this or are u saying u dont believe it?

Tell me ur answer! U dont know? Or U dont believe!

i bet u dont answer because YOU KNOW IM GONNA SEND U ABOUT 10 FUCKING LINKS! EVEN A VIDEO OF JOHN MCCAIN! HAHAHA

dont answer…. u dont want to see my reply! just go away like a coward. if u dont answer ull be safe in ur little wonder land…. but if u do, be ready to be butt hurt from American Web sites stating this clear FACT)

haha ure thinking “oh shit, what should i do, he’s got me”

u got urself! because youre dumb!

No Mi-28 cannot carry troops it is 2 seat helicopter, Mi-24 and Mi-35 can carry some troops. Apache whatever does it does it in HOVER mode, just stay as still and shots. On the other hand, Apache doesn’t fly with speeds of 250Km per hr and shots Hellfires, it has to stay still on AUTOHOVER. Yes, Apache is better for infantry killing with its 30mm cannon, it is designed for such a purrpose it has better 30mm rounds of explosive ones, they are like hand grenades when shouted down. Maybe the new Mi-28NM lacks a bit of that, I haven’t seen a video of Mi-28NM on how effective it’s 30mm turret is.

The new Mi-28NM is a prototype it is not a Mi-28 older version, this new version has everything that the Apache has, New Radar advanced, New Forward Looking Infrared Radar, helmet-mounted display too.