Over the June 12th – 14th weekend, protests in the US continued, with reduced numbers and noticeably less violence.

Calls to defund the police haven’t subsided and many mayors are mulling the measure.

When asked about growing calls to defund police departments across the country, Chicago Mayor Lori Lightfoot said that it’s important to place more investment in marginalized and underrepresented communities, especially those of color.

“The status quo has failed everyone,” she said. “We have to do better to invest in communities and we should not be investing here and there based upon race or ethnicity,” she added. “So, I agree with those that are saying much more investment has to be done in our communities.”

Mayor London Breed said in San Francisco, authorities are “going to reduce funding in the police department and redirect the money specifically to the African-American community.”

Washington mayor Muriel Bowser, said her city is used to peaceful demonstrations and will support them.

“People are coming from around the country and all over Washington DC to voice their outrage at what is happening in this country, to be heard and to demand a change,” she said.

On June 12th, Rayshard Brooks, 27, was shot dead by an officer at a Wendy’s drive-through in Atlanta, Georgia, after police moved to handcuff him for suspected driving under the influence, according to videos from the scene.

The videos show that Brooks took an officer’s Taser during the attempted arrest and then fired the Taser at the officers as he ran away.

Autopsy showed that he was shot twice in the back, and the cause of death was ruled homicide.

The killing has had rapid repercussions in Atlanta, one of many cities where protesters have called for an end to police violence and racism in the wake of the police killing of George Floyd in Minneapolis, Minnesota.

The officer who shot Brooks was fired and police chief Erika Shields resigned as exasperated protesters have called for justice.

A bodycam video showed how the situation transpired.

The shooting reignited the anger and frustration undergirding the mass protests over the past few weeks.

The Wendy’s where the shooting took place was set aflame on June 13th, and in another part of the city, a major interstate was shut down after protesters marched onto a connector and were met by lined up police vehicles.

In the UK, Black Lives Matter protests are ramping up, with violence increasing.

London police arrested 100 people, among thousands who traveled to the city to protest, on charges including violent disorder and assault on officers.

“Racist thuggery has no place on our streets,” Johnson tweeted. “Anyone attacking the police will be met with full force of the law. These marches & protests have been subverted by violence and breach current guidelines. Racism has no part in the UK and we must work together to make that a reality.”

Racist thuggery has no place on our streets. Anyone attacking the police will be met with full force of the law. These marches & protests have been subverted by violence and breach current guidelines. Racism has no part in the UK and we must work together to make that a reality.

While both anti-racist and rightwing protesters were on the streets, London Mayor Sadiq Khan pinned the blame for the violence squarely on the latter.

“Millions of Londoners will have been disgusted by the shameful scenes of violence, desecration and racism displayed by the right-wing extremists who gathered in our city today,” Khan tweeted.

Millions of Londoners will have been disgusted by the shameful scenes of violence, desecration and racism displayed by the right-wing extremists who gathered in our city today.

In the face of attacks and abuse, our police did a fantastic job to control the situation. Thank you.

The violence in the UK appears to be entirely blamed on right-wing individuals, with the mainstream BLM protesters, evidently, have free rein.

Even Putin has come and said that ” there is some serious problem with the US”. Interestingly, white young women are in the forefront of the rage and have torched many cars and even the Wendy’s in Atlanta. 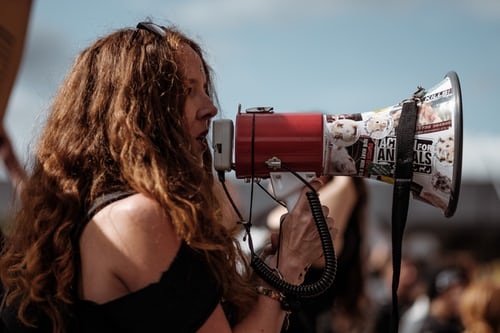 white girls trying to burn down the Wendy’s.

America, land of obese racist cunts and emaciated vegan skanks, I don’t know which side is worse.

We want Obama back in charge. 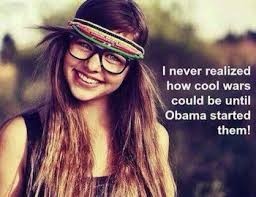 Well, acording to Mao of Alabama, the vinjard of the faker, and the MSM in general, everything that happens is because of far right white ass neo-nazi suprmacists, what else, huh, from anti-vaccine, AGW denial, the CONvid scamdemic, to this, they the MSM and the long line of experts, to uh…. somebodys and politicians, if nothing else fits, its the rightwinged ones, always, anytime, anywhere about everything, except the weather, because thats Putins fault.
Juuhuu.
And then we have Bozo the Clown, if anyone was in doubt of this caricature of an stateman, its all evaporated completelly, this man is an idiot, and are there anyone out there that even bothers to read what that spectaculare stupid POS even say, the CONvid have ruined their land, layed the eCONomy bare, slaughtered the elders, is killing an mass people whom have been denied hostpitals because they faked the epidemic and have now empty hostpitals, and like the AmeriCunts deliberatly pushed people with problems into old peoples care fasilitys, wiped them clean, but then this comes, by the way, the resitance to this, even when we have ripped their scamdemic to shreads, even when they have faked medical reseache papers and retracted them, even then when nobody bothers to watch JooTube where Bates of Hell is openly advocating eguenics and wiping trillions of this planet, its all there, white ass rightwinged neo-nazi sumppremacists got the shit storm and blamed for the entire thing, and I have incl in this never ever read so much total bollocks as I do to day, the constant whining about white supremacy, from them all, incl MoA and Faker.

Again I link to Millenial Millie, and her undercover investigation and do note this, this states and citys are under demonCratic rules, and do also realise when you watch this, why this creeps wants the age of alowing to vote jacked down to 16, witch is children, and people dont get to be acording to me adults before they pass 30, even then most are to day drooling idiots.
https://www.youtube.com/watch?v=DgsnyHILdb8

And of course, in this post-truth and even worse, oh… horror, facts, the problem remains the same, the scums dont care about facts, the various sites incl alternative ones dont care about facts, its all becoming an shouting contest, whom can scream highest, like spoled children whining about candys.
From the American Renaissance. watch their videos, like We are ruled by fools, and Police racism, an manufactored crisis.
https://www.youtube.com/channel/UCMLbmp5tcLxzahMLTmeM4lg
You will never see this on the MSM, and somehow, the rest dont tuch this with an 10 Foot pole.

The west have become an intellectual waist land, sites are comitting harakiri an mass but thats an good thing for me, everybody sees that this days and thos few that dont whine about white ass racism blames everything in ugh… N Korea, or maybe its the Nicaraguans, little green men, hell even Venezuela, Russia, China, of course, and then we have those that think Sore-ass personaly is behind everything, nobody says that, but the rule of thumbs since the dawn of man is and always will be, follow the eh…. bricks, or to day, mooney, its that they use, whom founds this, whom guids them, etc, because shit like this latest Color revolution costs mooney, nothing comes for free, and I have to remaind you about our very own Cockie Monster, the Nuttland bitch from hell, destroying Ukraina.

Its become an tragedie, or more precise an divine comedia, and the MSM is kicked into high gear or warp drive, and everything is about white people racism, yeah, how, convinient, from the same people and the MSM whom have and stil lies about everything all the time and somehow this time they dont.
Well, intresting times, now even you understand why the Chines sees this as more of an curse than a blessing.
Have an nice day and take care.
PS: free Assagne.

This is the first time I’ve seen the whole encounter and yet again the video shows that the black guy brought this on himself. The cops tried their best to be nice and let him yammer on. He was obviously drunk and he obviously tried to fight the police. He should have just went with them. In the end he was also guilty of theft and assault. YOU CAN’T DO THAT TO COPS IN ANY COUNTRY.
There is a problem with police brutality, or actually policy, in the U.S. but I’ve seen brutal actions by cops in other countries. I’ve seen videos of Russian police being just as violent. The difference is that there is not some ethnic group in Russia trying to make it all about them.
We are being played by a bunch of racist and race baiting leftists. Why are they protesting, burning and destroying in countries outside the U.S.??? This is all just a racist, leftist, planned tactic to further their deviant agenda. And it works because those are the people who run Hollywood and all main stream news media in the U.S.
P.S. White Lives Matter.