The police have used pepper tear gas and pepper spray against the protesters. 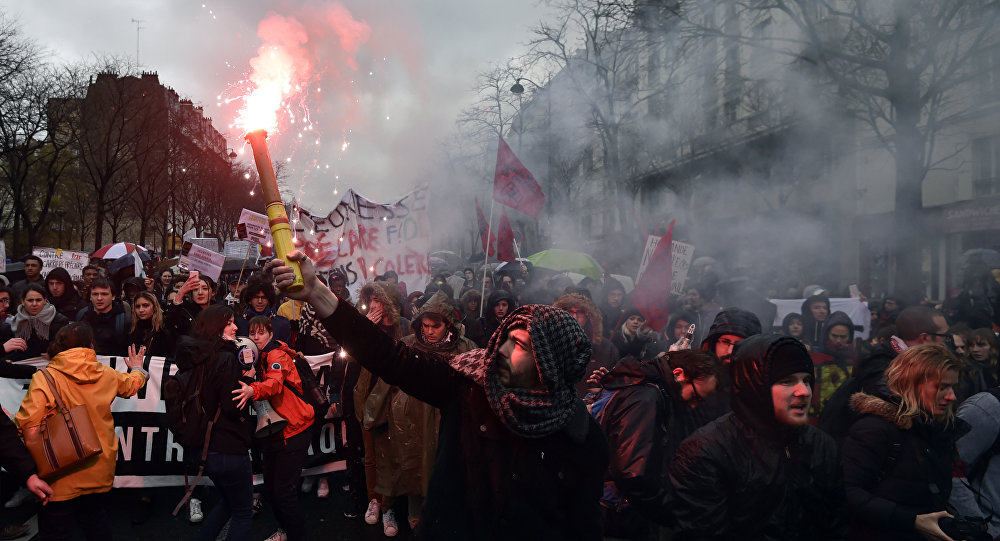 On Thursday, hundreds of young French citizens took the streets of Paris to protest the newly proposed labor-law reforms. These reforms weren’t taken well by the French society because according to the new law they’d have to work more and would be paid less. As a counter-measure, the police used tear gas and pepper spray against the protesters.

The clash between protesters and police officers erupted near the Stalingrad metro station.

The situation has deteriorated in the past few years in France. The economic crisis has forced President Hollande to introduce more and more reforms which are not beloved by the French people. The protests against the reforms are almost daily and on March 31st some 400 000 students, joined by labor unions, marched all-across France.

The main organizer on social media has been a Facebook page named “Loi travail: non, merci” (Labor reform: No, thanks).

The new reform would strip some of the bonuses of the employees and won’t be paid if they work beyond 35 hours per week.

The struggle, No where else we would rather be on a beautiful Friday #nuitdebout day 15 & movement continues 2 grow pic.twitter.com/H6F7RDaBxT

Surveys suggest that more than 70% of the French population is against the reform. Moreover, the presidential elections in France are next year and the socialist party of Hollande is losing momentum, with current approval rate of just 17%.