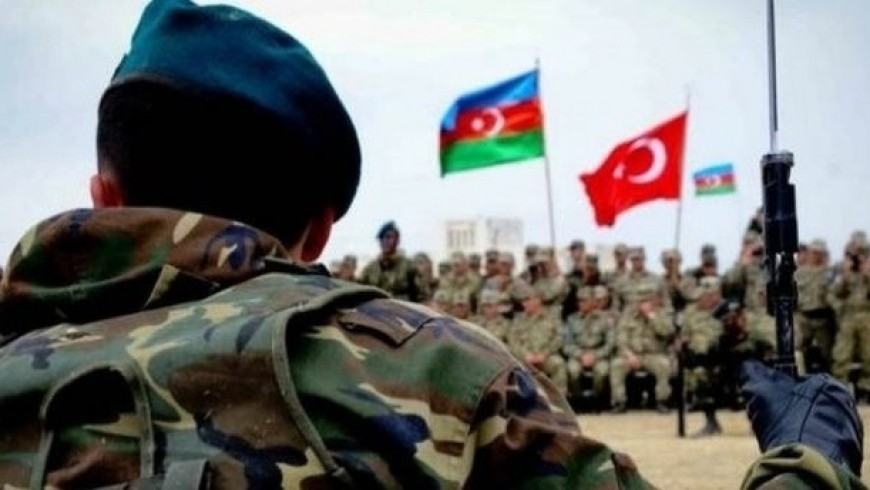 Dozens of Turkish-backed militants, who fought as mercenaries for Azerbaijan in the disputed region of Nagorno-Karabakh last year, have held a protest in the occupied Syrian area of Afrin to demand their “rights”.

A video of the protest surfaced online on April 9. In the video, the militants, some of whom were disabled, acknowledge that they fought against Armenia. The militants go on to reveal that their salaries were stolen by Mohamad Jasim, also known as “Abu Amsha,” the leader of the Turkish-backed Suleyman Shah Division.

“We fought with the Turkish state in Karabakh,” one of the protestors says in the video. “We have dead and injured. Abu Amsha stole our salaries, we are dying from hunger.”

More than 2,500 Syrian mercenaries were deployed in Nagorno-Karabakh by Turkey, which backed Azerbaijan’s attack on Armenian forces in the region. The attack, which started on September 27, came to an end on November 9 with a Russian-brokered peace deal.

According to the London-based Syrian Observatory for Human Rights, 514 mercenaries were killed by Armenian forces during the heated battle.

Syrian mercenaries were promised a monthly salary of up to $2000. However, many of them ended up receiving way less or even nothing at all.

Turkey has been using its proxies in Syria as a pawn to further its interests for a few years now. The militants continue to obey orders despite mistreatment from their commanders and Ankara’s carelessness.

– ‘Unacceptable’: Biden experiences heavy pressure from within his own party after requesting HUGE $715bn Pentagon budget –

I agree. Many of these money could instead be used on inequality among minorities, more women in alternative energy, diversity in clima change science, and green environmental issues.

Spot on ! We need classes in the new POC, racist free math ( 2+2 = 5 ) , not to mention compensation to the illegals for rudely disrupting their peaceful journey to their new barrios in the north, and of course, more funding for Drag queen story time at the local libraries. There are so many more WOKE options to consider.

10% of all in each and every country are minorities. You seemes to be hiding those million as if they are dirty laundry.

But the dirt is raised into in Your head.

Maybee they asked to be born as such, where You live.

How many White minorities in Ghana ? Somalia ? Angola ? Libya ? Nigeria, Pakistan, and so forth ? Seems the ” migrations ” only go in one direction.

Helen4Yemen
Reply to  Fog of War

You need to study some history. Here was where the white man invaded and occupied lands of nonwhites.

Fog of War
Reply to  Helen4Yemen

You’re right little girl. North Africans, Mongols, Tatars, Muslims, and others never invaded Europe and enslaved or slaughtered its White , indigenous people. Crawl back in your revisionist history hole and come back when you grow a brain.

Just a few generations ago those drag queens would’ve scared the hell out of little children.

A few generations ago those freaks wouldn’t dare leave the house.

Today they are scaring the h.ll out of me.

NO they wont. The American system is not like that at all.

Just Me
Reply to  Tommy Jensen

Also more LGBTI troops in the US military.

The degenerate Turks have learnt from the Saudis how to stiff the mercenaries. The Saudis failed to pay the Colombian narco mercenaries and executed 22 when they demanded payment. The Colombians killed a few Saudi officers as well. The Turkeys will suffer the same fate from pissed off headchoppers who are also being dumped into Yemen. Some have already fled across the Red Sea to Eritrea on their way way back to Syria.

It’s not about Shias, as even israel and Azerbaijan have good ties. It’s about a fanatic religious regime that thinks it can control the entire ME and spread their Shia doctrine on to other countries, that is why you will fail. No one will bow down to Iran, and sooner or later the war will come to your doorstep as you have been doing to us and other Arab countries. Payback will be sweet.

Most Azeris are secular just like Israelis. Those who fight for Assad do it because of religious or economical reasons, but it’s still a small number of fighters. Azerbaijan knows Iran wants to control it too, just like China wants to control Taiwan. They will never give in to your dictatorship, and neither do we. You can choose to stay in your borders, instead you send your IRGC to mess up Lebanon Yemen and Iraq. The Lebanese hate you, just look at their protests. Syrians keep uprising against you in Dez and Daraa, and ISIS fights you in Iraq. Everywhere you step in, people realize your true goals. We are not perfect, yet you don’t see IDF troops going to other countries in the ME or using militias to destabilize other regimes like you do.

So tell me, how do you think it woud end? as far as I can see you only become more hated.

get of youir bubble ,,stop watching hollywod..kazars garbage…at list read the protocols of the wise of sion ..you are defender like manY BLOOD SUCKER ALL OVER THE WORLD HIPOCRITS..of course people like you never accepted thas facts…sionism is everywere…EVEN DNA denies what kind of beings you are MF.s

Zion is a prooven fact used as excuse for people needing to excuse themself for, what they not are. Its the same for You Pope in Qaum. And before that, there were two just as terrible Shahs.

What is the genocide in Palestine called then? Even the ICC is investigating now.

It’s healthier to look for peace with Iran. Whether they’ll fail or not is of little value to you since any real conflict would result in you disappearing. Suddenly the “chosen nation” would realize that they are flesh and blood just like everyone else. Neither you, nor I want that, so seek peace.

I can only see thats completly irrelavant. Tech was the winner. 25 years ago tech was winner too but in the tank level.

Again I only see religios crap of the worst biased and unimportant kind. Azarbaidianis are not fanatic shiits as the majority kept hard by the Pope in Qaum. https://uploads.disquscdn.com/images/e30d808e1e5dc23b9ea7c6b3b4008331cf38639b81754734a41157abd5ccaf6a.jpg

Wanking is not good for teenagers.

‘It’s about a fanatic religious regime that thinks it can control the entire ME.’

I couldn’t have put it better myself. History has shown that apartheid regimes, such as isreal’s, don’t last long. Pray that america can still be squeezed for resources when the regime needs it.

I hope he feels well.

I’d also fight Arabs who might call names to my grandparents who came from Iraq, but that has never happened to me. I show them respect and they show me respect, since we are all semites. But yeah. I would never let anyone insult my religion, not here and not in the real world.

Got ya LR, thanks.

Hmm, are my eyes seeing clouds in Erdogan’s “paradise”?

You can only get your salary if you die. If you are alive and without a scratch, its a proof you slept on the job in Armenia.

There would be less war if people had to pay for joining. It would make many state economies stronger. too.

Religion is only a very small factor there.

Fools. You were never going to get what you were owed. One way or another, ignorant mercs like them will always get screwed by the people with power.

That’s what you get for acting as an Ottoman Foreign Legionnaire.

LOL, and they thought they were going to make easy money, LOL, think again you stooges.

I tend to like my rats disabled than dead… you know so they can be a burden for their handlers.

Those terrorist cockroaches should be a burden to erdogan and the osmanlu state.

I think, that the reason for not paying is not that Abu Amsha “stole” their saleries, but that Qatar was not financing for the campaign. Turkey has financially a rough time. The Lira has big problems after Erdogan fired the head of the Turkish central bank. Imo the saleries for this Syrian mercenaries are handeled in this financial crisis by Ankara as subordinated liabilities.