On April 13th, US State Department said that the Biden administration was moving forward with a $23 billion weapon sale to the UAE.

In January, the Biden administration announced a blanket review of all recent arms sales cleared by the Trump administration. While it notably froze a pair of weapons deals for Saudi Arabia, the administration had never put in place a hard freeze on the UAE equipment.

It’s too much profit to overlook, as well.

A State Department spokesman said in a statement that “the Administration intends to move forward with these proposed defense sales to the UAE, even as we continue reviewing details and consulting with Emirati officials to ensure we have developed mutual understandings with respect to Emirati obligations before, during, and after delivery.”

The NYCFPA (New York Center for Foreign Policy Affairs) said that as a result of the Biden administration deciding not to halt the sales, it will file an amended complaint in the U.S. District Court for the District of Columbia.

Some U.S. lawmakers have criticized the UAE for its involvement in the war in Yemen, a conflict considered one of the world’s worst humanitarian disasters, and worried that the weapons transfers might violate U.S. guarantees that Israel will retain a military advantage in the region.

At any point between now and delivery of the weapons systems — which, for the F-35s, may take until 2025 or 2026 — the administration can stop it. Whether it will do so is unlikely.

“Projected delivery dates on these sales, if eventually implemented, will be several years in the future. Thus, we anticipate a robust and sustained dialogue with the UAE to any defense transfers [in order to] meet our mutual strategic objectives to build a stronger, interoperable, and more capable security partnership,” the State Department spokesman said. “We will also continue to reinforce with the UAE and all recipients of U.S. defense articles and services that U.S.-origin defense equipment must be adequately secured and used in a manner that respects human rights and fully complies with the laws of armed conflict.”

The Biden administration is also reviewing its policy for military sales to Saudi Arabia, including some Trump-era weapons deals, in light of the Saudi involvement in Yemen and other human rights concerns.

It has not released the results of that review. In February, U.S. officials told Reuters the administration was considering cancelling past deals that posed human rights concerns and limiting future sales to “defensive” weapons.

Of course, if profits are concerned, the F-35, MQ-9 Reaper drones and more can also be dubbed “defensive” weapons.

Biden besides being a doddering clumsy senile tool of the Zionists, is undoubtedly the most corrupt and incompetent POTUS. Him and his son’s penchant for accepting bribes for decades is well known . He is also peddling far more weapons to the Saudis and UAE than the much maligned Trump could ever imagine.

Zombie Joe has completely went out of the head, incapable and not self-sufficient, but when it comes to negotiating of its 10% it suddenly returns to 100% of its capabilities.

Goodjob Biden, Israel and our Arab allies would need all the weapons we can get for the coming war.

klove and light
Reply to  <>

44 You belong to your father, the devil, and you want to carry out your father’s desires. He was a murderer from the beginning, not holding to the truth, for there is no truth in him. When he lies, he speaks his native language, for he is a liar and the father of lies.

No use.These arabs are very inefficient in war.Saudis army is more modern than India yet they aren’t able to defeat a few thousand houthis.Instead houthis now use American arms captured from the Saudis.

yes my friend, but I don’t think they’re using the full capabilities of their army for some reason. It can change everything.

If reports are to be believed, saudis have lost a lot of manpower and apc vehicles in this war.Houthis have captured a lot of Saudi territory.Marib may fall anytime. Saudis are losing a lot of allies because MBS is behaving quite weirdly.India reduced oil imports from Saudis due to a spat.Regarding your comment on they aren’t using all their weapons, I think that’s false as the Saudis were conducting a lot airstrikes at one point in the war.But the Saudis I think are running low on ammo and their army is demoralised as they are a luxury loving people.The mercenaries run away once they face houthis.Americans aren’t ready to get fully involved in Yemen as they lost the afghan war . UAE doesn’t fight houthis anymore.Only player left is Israel.I think the Israelis would refuse to deploy troops to Yemen as it would cause unnecessary casualties.

You’re almost correct on everything, but the true problem I see here is that the KSA is hoping to win the war by relying on mercenaries . They don’t send in their soldiers in big numbers, so why would the Yemeni mercenaries die for money? there is not sense of loyalness like in the IDF. Me and my friends are willing to die for Israel if need be, not for the money as we don’t get paid for it. They have no motivation to fight, that is why they are losing the war.

If not for America gcc would have been Iran by now.But American interest might change anytime.For example I think the Americans are now ready to sacrifice the saudis and align their interest with UAE and turkey.Since the discovery of oil Arabs have become lazy

Could be, Biden is not Trump and he has alot of issues with KSA. Time will tell, but I think Israel, Egypt, Turkey and Iran are the true powers in the ME. Egypt is on our side, Turkey is neutral. Israel and Iran would eventuallyt have to confront each other, I don’t see any other way since the mullahs will not back down on their nuclear program.

It seems like Iran only barks and when it tries to do something Israel conducts preemptive strikes. Iran can’t do much to Israel unless they gather a lot of Shias and storm Israeli border.But that too is not possible as Israel could simply nuke Iran.

Exactly, for the same reason Pakistan would never dare to confront India only using proxy terrorists. You will eat them alive.

In this case it would cause mutual destruction as both are nuclear powered states.For now there is peace at our border.I think our government has made temporary peace with pak to deal with China.We are under intense pressure from the USA to make peace with the pakis.Pakis are also under pressure.But this peace won’t last long.Meanwhile we are stuck in a border confrontation with China and can’t take armed action against China because we don’t trust the Biden administration to a great extent.Some senior republicans have accused Biden of being a chinas agent.The situation is very very complex on our end of the planet 😂

Frankly, India is a fourth world sewer and now the Covid death trap as 200,000 cases are infecting the poverty-stricken failed state. Only China can save it.

Iran is worse though lol.

*Somehow they rode their bicycle tires over the necks of “innocent” jews.

The clip at the end is from the testimomy of Hungarian Jew Joseph Zalman Kleinman at the Adolf Eichmann trial. (Jerusalem: June 7th, 1961). 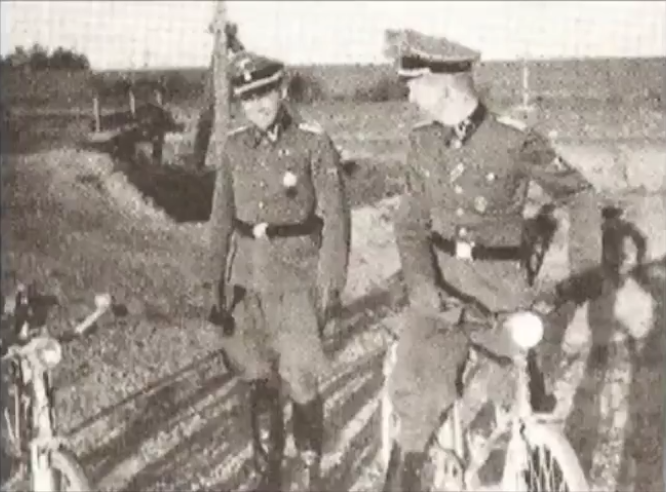 *Somehow they rode their bicycle tires over the necks of “innocent” jews.

The clip at the end is from the testimomy of Hungarian Jew Joseph Zalman Kleinman at the Adolf Eichmann trial speaking about Mengele taking the jews to the Auschwitz football field. (Jerusalem: June 7th, 1961). 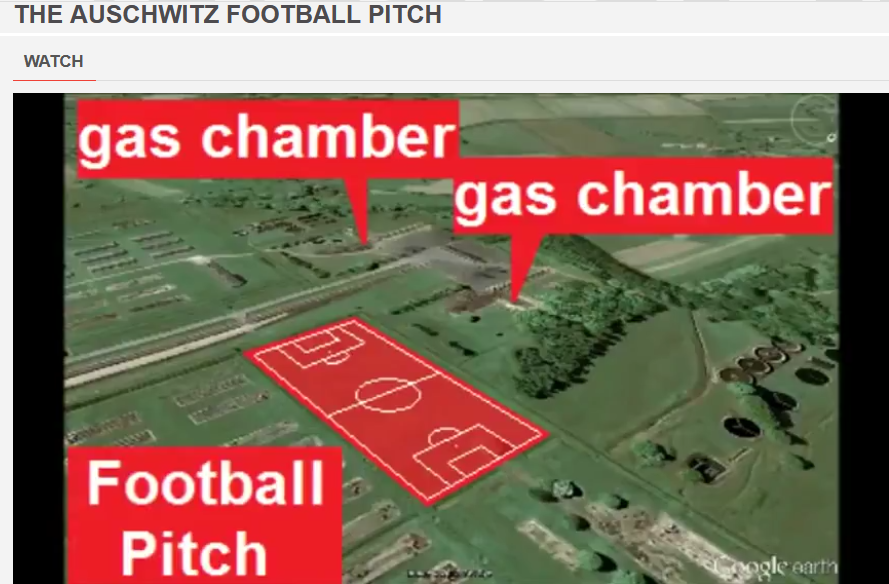 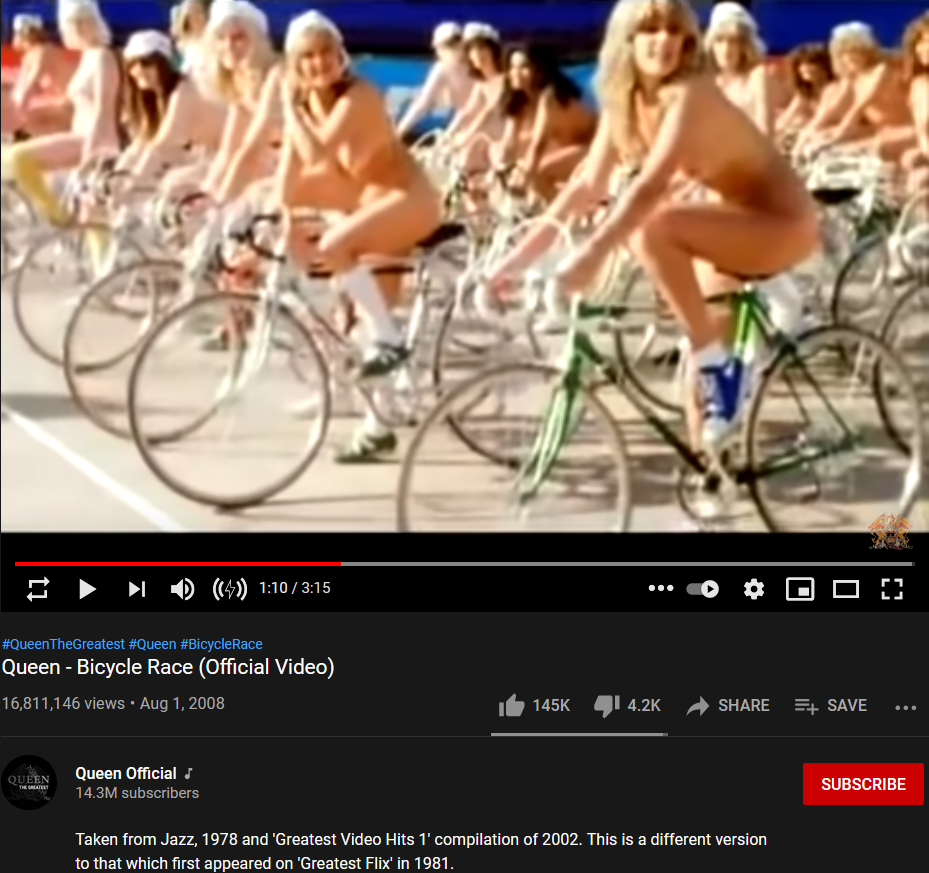 I am not so shure if this deal was good for the UAE. This weapons are far too expensive. In Russia they would have gotten more value for their money. Out of experience I think UAE paid 3 x more than necessary. In addition this F35 has lots of technical problems and very high cost to maintain.

Lol. What a stupid teenage PUNK. Very entertaining though.

Biden should learn from Putin, Putin never sell any arms to Saudi as long Saudi is in Yemen,

Lol what are you smoking?Putin is selling a lot of weapons to GCC countries.His supporters think he is some hero while he does deals with countries that are considered American allies.

Only thing of significance (modern) sold to the UAE camel jockey are the BMP-3 IFV’s no? Nothing else to anyone else in the GCC no? none that I can think off?

Some of these will fly to Iran too no?…….lol……just like 137 fighters of Saddam’s no?……lol. Just watch Emad jan how we fukk these shotur up…….

Saudis cannot do much harm to Iran.These Saudis weren’t able to beat houthis I don’t think they can beat Iran.Israel can seriously harm Iran though.

Israel uses the same shit as Saudi Satania, it is US engineering

Saudi Satania has no balls to confront Iran directly, Ansarallah targeted now their Patriot Systems directly, you know how a war with would look like…

Iran’s got all the GCC under control. That massive direct Iranian attack on Abqaiq/ Khurais remains unanswered to this day. They know, if they start some shit then Iran steam rolls them in a few days. Iran can foment Insurrection and erase them from history, if it wanted to. No hillbilly nor shyster is willing to die on behalf of these camel jockey. Iran is casting an ominous shadow over the entire region…….strongly backed up by both Russia and China. Nobody got the balls to confront Iran. I can’t see a single country stepping up for a challenge. Not one!

hahaha F35 can’t even take off without issues. It was a business game from US, real threat would be F22 a little bit but not in your hands Hasbara troll

The vile Iranian Mullah Police State. / IRGC will be wiped from power …

Frankly, it is wishful Zionist cowardly thinking, especially after the Mossad scum were wiped out in Irbil.
NEXT…

Not very bright even by hasbara gutter standards.

This is just another waste of money, since everything the Saudis by from uncle Shmuel gets trashed very effectively by Houthis in Yemen.

US weapons impotent, amerikans only competent enough to trick idiots into buying expensive trash.
“nothing can thrive in amerika unless inflated by hyperbole and gilded with a fine coat of fraud. amerikans cannot think except by means of slogans–they identify garbage as quality. the stupidity and ignorance of amerikans has long been a topic of hilarity in Europe”. Paul Fussell

Frankly, Biden is a senile demented corrupt tool of the Jew scum and deep state warmongers.