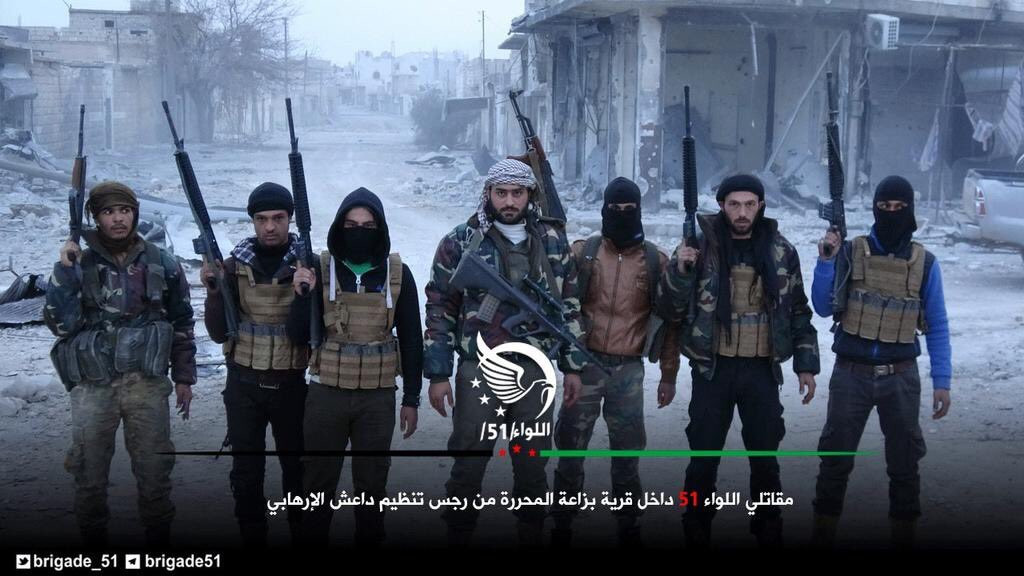 FSA militants are in the town of Bzaah

UPD: ISIS says it took back Bzaah. If confirmed, it will be the 4th fail in a row for Turkish forces in the area.

Few moments ago, the so-called “Free Syrian Army” (a coalition of pro-Turkish militant group operating in northern Syria), back once again reseized the town of Bzaah from ISIS terrorists in the Syrian province of Aleppo.

This was the 4th attempt by pro-Turkish forces to seize this important town located east of the ISIS stronghold of al-Bab. Three previous attempts had failed and resulted in heavy casualties among pro-Turkish forces.

Now, the Free Syrian Army and the Turkish Army are attempting to secure the area and preparing to repulse an ISIS counter-attack which is expected in coming hours. 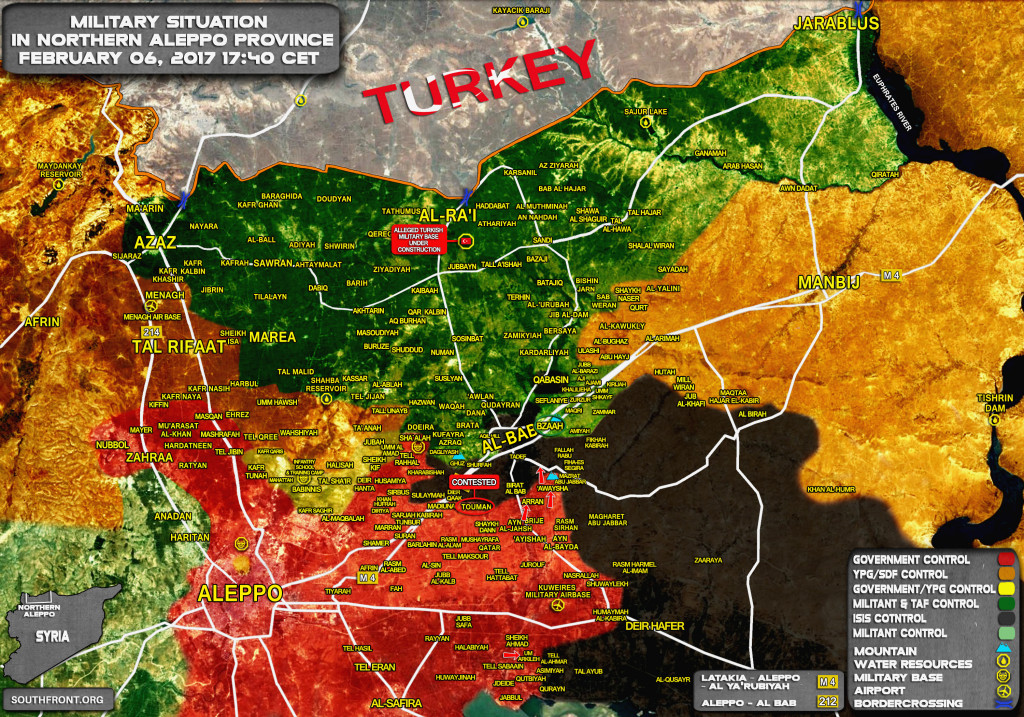 NOW THIS IS NEWS!! But latter today FSA will retreat again. Only to be hit by more more Turkish airstrikes! ISUS should take some video of this.

At this point, are there realistically any Syrian nationals in the Free Syrian Army? Or is it just all ethnic Turkmen and low rent Turkish mercenaries? The Free Syrian Army was NATO project back in 2012, but at this stage, their name just seems farcical, when they’re all about Turkish interests.

How do you mean “Syrian nationals” – Turkmens are Syrian nationals, the difference is on ethnic level not nation level. Your question, that I would like to ask too, should be: Are there realistically any Arabs in the Free Syrian Army?

They need to rebrand themselves as the SFA… or the Syrian-free Army….

They lost it again.This will go for few weeks.

I’m confused by (nonexisting) results of (official) Turkish Forces in Syria. Even more, I’m completely puzzled about low intensity of air support from TAF. What’s goin’ on in Erdogan’s head? What’s wrong with them? If they had balls to enter into conflict directly why they sent so few tanks, do small infantry and the worst: why they are so shy to use air-power. The Russians clearly have no problem with that, Asad is in quiet collaboration from beginning – w.t.f. they are waiting for?!? To lose some more of elite soldiers for nothing? I don’t understand their strategy here. If the goal was to split the Kurds – they done it – why they still fighting with ISIS if never made decisive mind to win them? This is pointless.

Let ISIS and the FSA slaughter each other. The SAA can wipe the floor with whoever is left.