The Free Syrian Army, backed up by the Turkish Armed Forces, managed to break through to the center of al-Bab city. 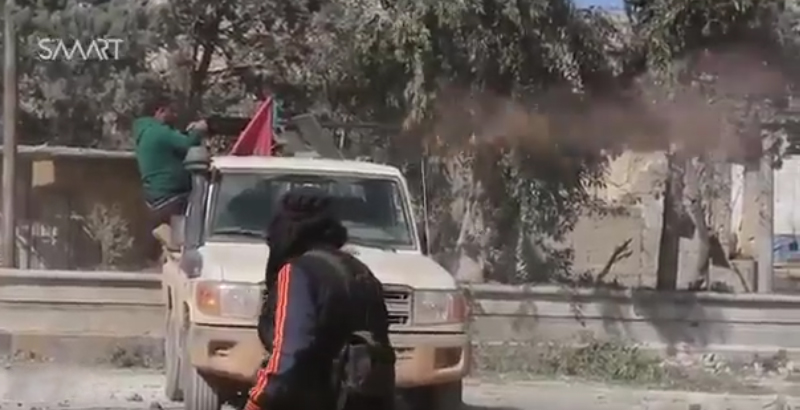 Fighters of the Free Syrian Army and Turkish soldiers during operation against terrorists of the Islamic State in al-Bab city on February 22 (Photo: Twitter / TheDaneChris)

On Wednesday, militants of the Free Syrian Army (FSA), backed up by the Turkish Air Force, Special Forces and artillery, finally broke through to the center of the city of al-Bab, located in the Syrian province of Aleppo. In recent days, the city became an object of a series of powerful airstrikes, resulting in substantial losses for terrorists of the Islamic State (IS) group. As a result of the bombardments, dozens of civilians were killed.

Al-Bab: clashes after an ACV-15 taken out by an #ISIS anti-tank weapon (likely a tandem warhead), via @op_shield. pic.twitter.com/9M6w4FRubO

Despite this fact, the Islamist-Turkish Euphrates Shield coalition could not significantly advance forward. FSA formations managed only to recapture up to a half of the southern neighborhood of Zamzam and some part of As-Salam neighborhood. Only after capture of several underground tunnels, the FSA managed to cut off communications between terrorists, stationed in the western and southern neighborhoods, and take control over the western outskirts of the city, Qalat Sheikh Aqil district.

On February 22, troops of the Euphrates Shield coalition managed to break through to a complex of administrative buildings of the city from the western outskirts. During nearly five hours of fighting, they recaptured a post office, a hospital, a courthouse and a former building of the control of the security forces. By about 16:00 pm local time, the FSA broke through to the Nasser cross-road and traffic circle, located near the Al-Manshiyah Park. Fights near the Nasser cross-road continued till night. Residential areas, located to the north of it, remained under control of the IS.

According to sources from the IS, during the fighting in the city of al-Bab in the past day, the Euphrates Shield coalition suffered pretty serious losses. It is known about the loss of three armored vehicles, the exact number of killed fighters of the FSA and soldiers of the Turkish Army is unknown. Islamic-Turkish coalition’s representatives themselves almost do not say anything about the losses. 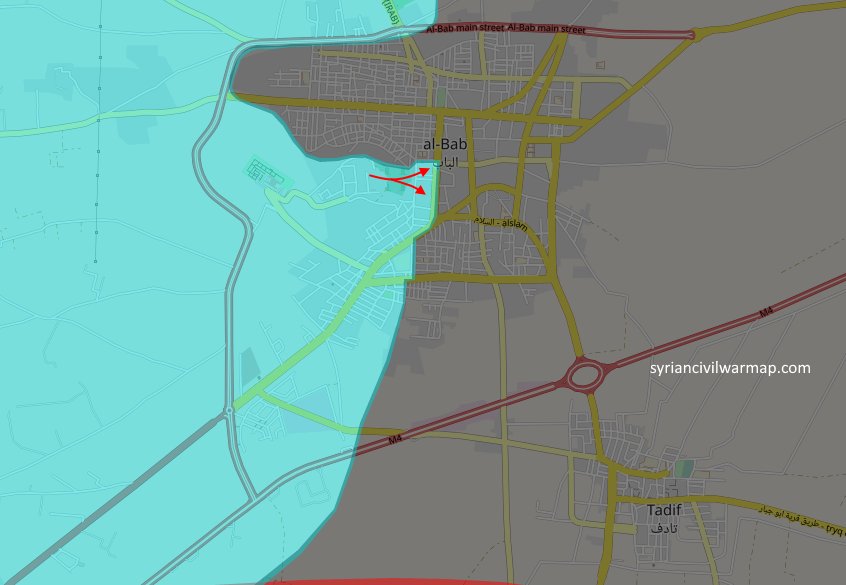 The start of the Euphrates Shield’s offensive in al-Bab on February 22, 2017 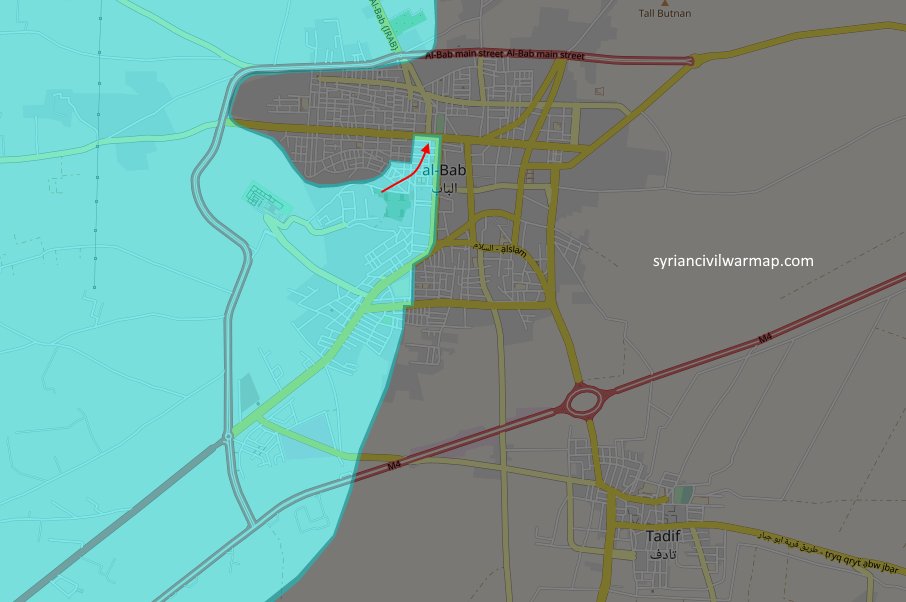 The breakthrough of the Euphrates Shield’s forces to the Nasser cross-road in al-Bab city on February 22, 2017