The security institutions controlled by Turkey in Jarablus issued an order to close all roads linking the Turkish-controlled part of northern Syria with the Manbij and its countryside controlled by the Syrian Democratic Forces (SDF) Manbij Military Council. 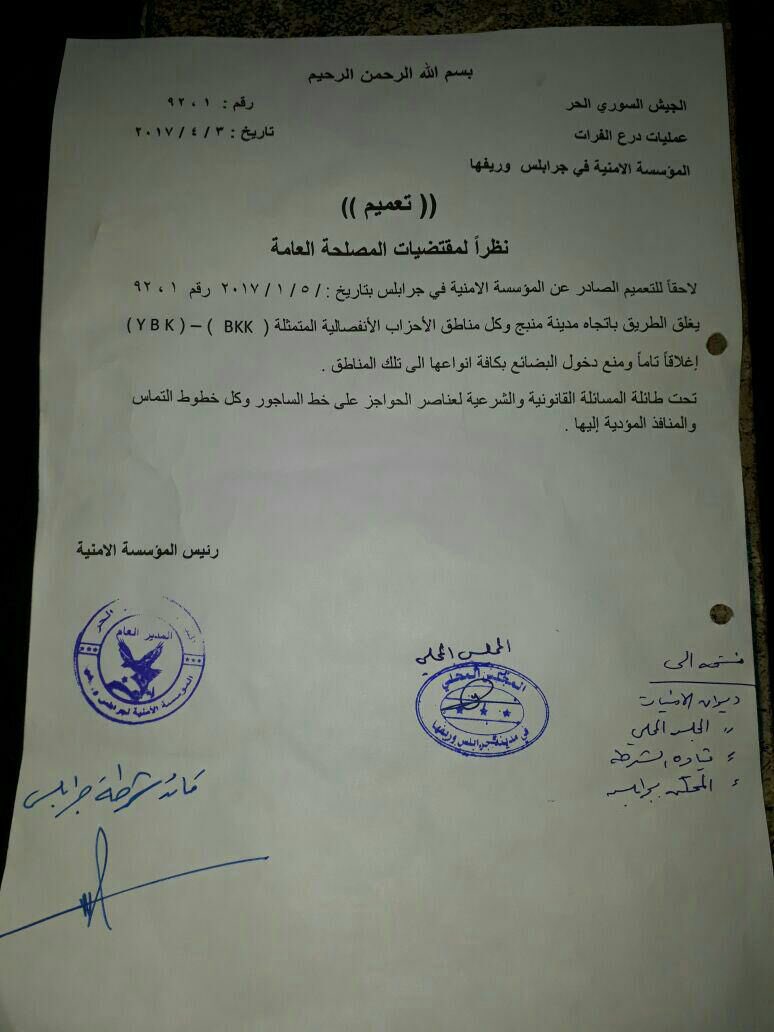 The Turkish Army arrested two officers of the Turkish-trained “Free Police” after they refused to fly the Turkish flag on top of the security institutions in Azaz. The officers were identified as Abdallah Zino and Sabri Al-Awad.

The Manbij Military Council announced on April 2 that five fighters had defected from the Operation Euphrates Shield’ forces into their ranks bacause of their opposition to the Turkish crackdown on civilians and rebels in the Al-Bab-Jarabulus-Azaz triangle. 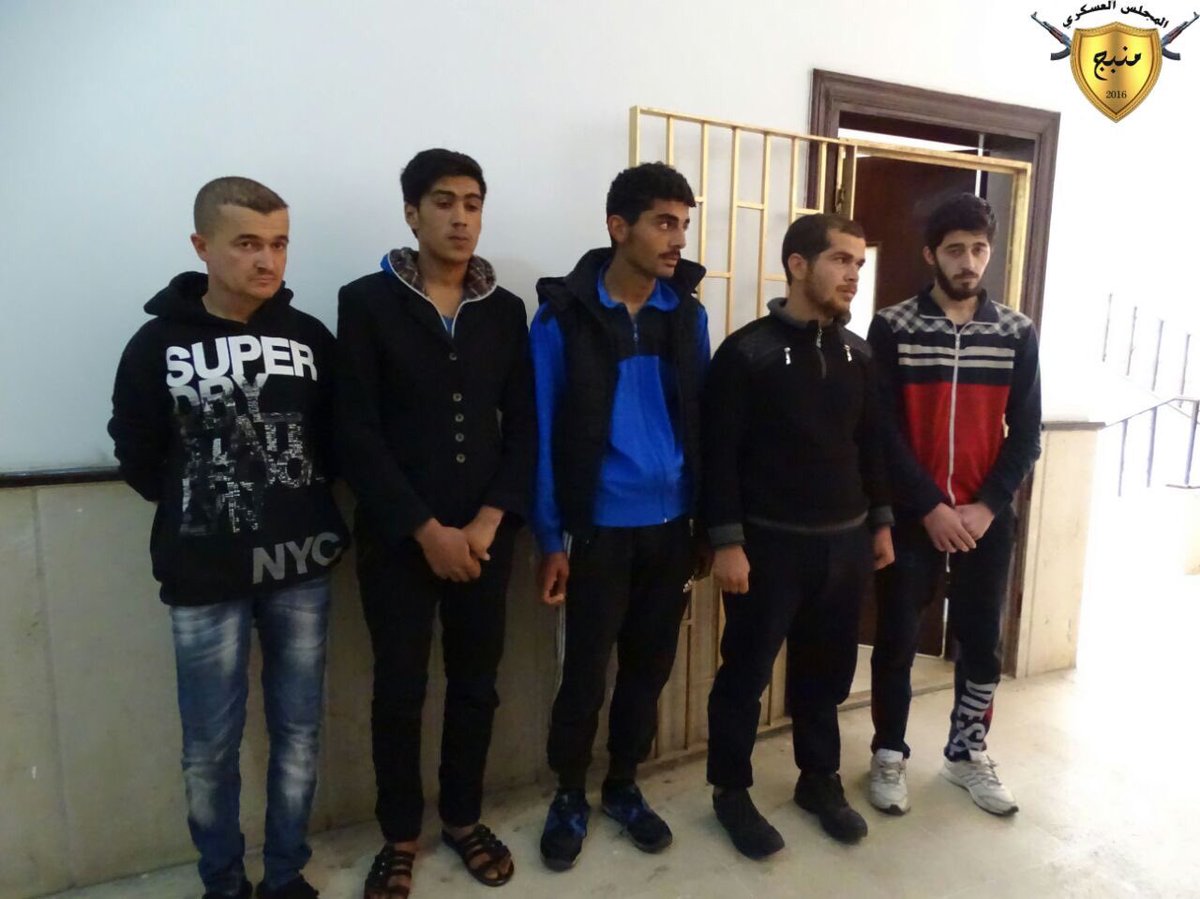 So Turks dont agree with themselves?

Yes, Turks agree among others, but they see, that many or some dont see Azas as well as other places as turkish territory and Turkish juristdiction. Its local, even the local are very mixted and fight among each other incl. kurds there.

Kurds are stupid. I dislike Erdogan, but he is trying to prevent Kurds trying to form their country. Let them kill each other off. No tears for either group, but Kurds would be wise to negotiate with Erdogan and respect the country’s borders. If not, I can’t blame Erdogan for wiping them out and he would be smart to set them up with a proTurkish leadership. With the way these Muslims breed, their population will be replenished in 20 years.

why does he hate the kurds so much? im not too fond of them either tbh, they tried attacking iran i read

In fact, both SDF an YPG have respected the turkish border and have offered to work with Turkey. It is Turkey not respecting the Syrian border, shelling, bombing and crying foul while acting foul.

You are propagating a genocide and should be banned from internet. You are not logical either. If Erdogans wipes them out( which is genocide), then it is pointless to set them up with pro turkish leadership. Dead leaders of a dead people?