On April 19, another unmanned combat aerial vehicle (UCAV) crashed in northern Libya. Over the past days, several UCAVs supporting forces of the Turkish-backed Government of National Accord (GNA) had been downed in the area by the Libyan National Army (LNA).

The April 19 UCAV crashes near the town of Alwashka. Pro-LNA sources immediately claimed that it was the TAI Anka UCAV produced by Turkey.

After examination ;
The downed #Turkish UAV TAI Anka downed by the #LNA over Alwashka pic.twitter.com/eObQOOARgh

Contary to the claims of pro-LNA sources, pro-GNA outlets claimed that the downed UCAV was the Chinese-produced Wing Loong II. This type of UCAVs is used by the LNA to provide an air support to its forces.

The wing loong has two small ducts facing back ( not top – back duck ) and one ( front top ).

The Turkish AnKa has ( front and back TOP large ventilation Duct ) identical to the downed UAV over AlWashka pic.twitter.com/ekKrIperbZ

No side duct only top back identical to the Anka pic.twitter.com/MtnpOLgBxM

Currently, both pro-GNA and pro-LNA sources are engaged in a fierce media battle pushing own versions.

So, make your choice. pic.twitter.com/KhRVGKjILV

The end of the mystery.The LNA knocked down own drone pic.twitter.com/sYW73aNAaM

What’s really interesting is this situation is the scale of usage of UCAVs by both the sides of the conflict. When ISIS first employed its DIY combat UAVs in Syria and Iraq, it was a surprise for most of media around the world. In 2020, it turned that various non sate-atcrots are openly and actively using sophysticated UCAVs provided by their foreign backers, and nobody is surprised. The extensive usage of combat drones became an ordniary situation in the modern local conflicts. 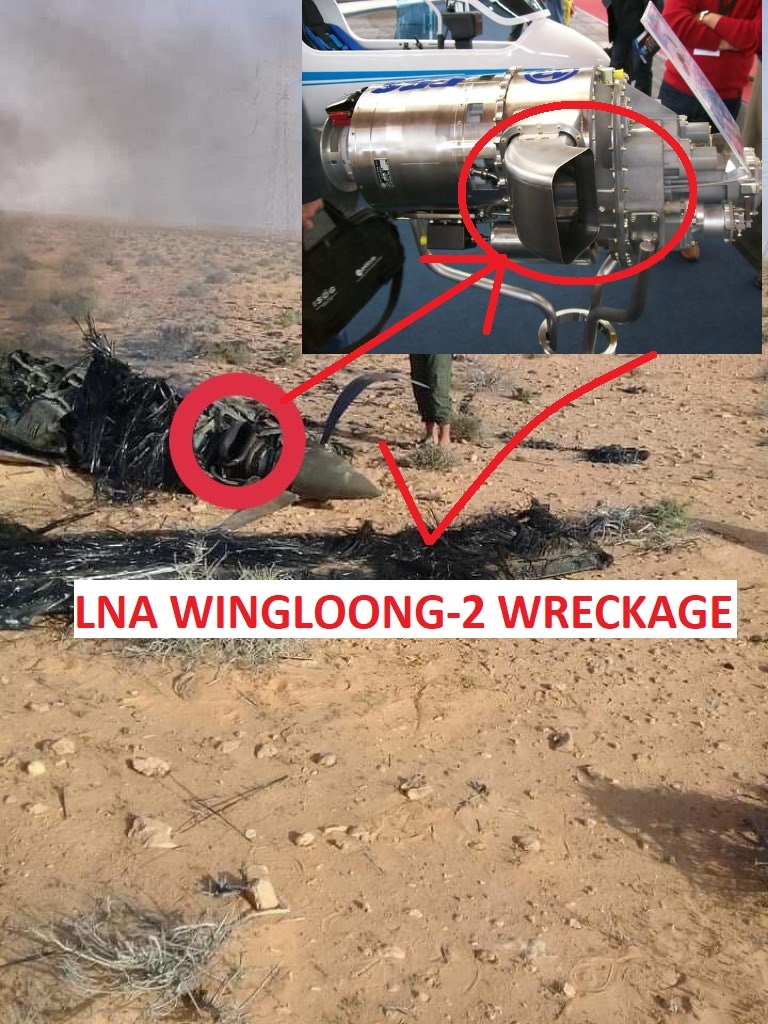 It looks like it could be a Wing Loong II.