The Syrian army and the National Defense Forces are advancing to put pressure on Jaish al-Fatah’s tiny corridor to eastern Aleppo. The pro-government forces have made small advances at the Ramouseh Roundabout and the 1070 Apartment Project.

Clashes between the pro-government forces and Jaish al-Fatah have been also reported at the Mahrouqat hill south of Aleppo. There are reports that Harakat Hezbollah al-Nujaba fighters particiapte are deployed at the frontline east of Mahrouqat and Sanubrat.

Iranian Islamic Revolutionary Guard Corps units have been reported near the village of Al-Wadihi in southern Aleppo.

who gives a fk for your jihadist propaganda crap?

How do you know that that is the truth?

would like to have a source too. But I havent seen any victory statesment the other way round too.

Victory will come, Russia is strenghtening its alliance with Iran, now using Iranian airbase for their heavy bombers. You terrorists will soon experience what it means to irk the mighty bear. Chechens are begging to go into battle, pray that Putin does not unleash them.

Are you in Aleppo or you are just another computer jihadi warrior?

Perhaps an Al Nusra troll? Their army is shrinking, budget has been slashed, equipment destroyed and the bulk of their forces are encircled in Aleppo. All they have left are random acts of terrorism, which they may or may not have been committed and social media.

The who do you support?From where i stand you sound like jihadist.

Yes off course because they are not jihadist the just fight along with them all time.

A lot of people dont like Assad & The Baads. Thats why We came in the first place – not figting the people which would like same thing.

The fact that you don’t like Assad doesn’t make you good if are simultaneosly supporting people that are beheading 12 year old children,Stoltenberg.

Nmae people who don’t like Assad: Saudis, Qataris, TUrks, Israelis. People who like: Syrians overwhelmingly and from all confessions, Russians, Iranians, Chinese, Palestinians,decent people all orver the world, etc.

Lol. JaF admitted they made a mistake and didn’t take the cement factory. Research before you post, jihadifanboy.

More lies. Colonel Suheil is alive and well. JaF failed hard yesterday. Ran their shock troops straight into the minefields of the cement factory. At least 35 terrorists dead. Pics and video are all over twitter to prove my claim. You likely have nothing to prove yours. 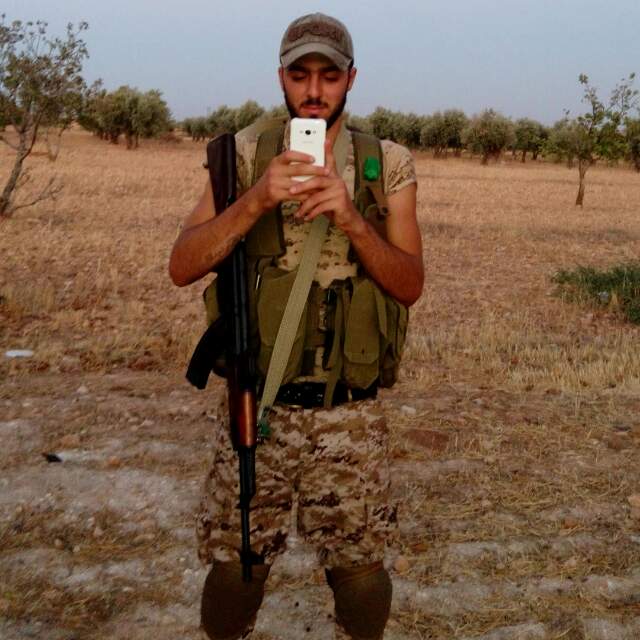 What does this photo prove?What is his name?What is your source?Somebody is supposed to believe you based on what?
You are a complete waste off time because you just pretend top know stuff but you only follow some jihadi Facebook or Twitter page and “collect” your “information” there.

I said you are following some jihadist Facebook or Twitter account and taking your “information” there and then arriving here and acting like you know something.You better read what i said before you reply next time.

Agree very much with Abu Cornet. Carol Davidek-Waller normaly is some hooligan. Behave like that.

Stoltenberg is a brain-washed paid troll, without dignity or decency.

Hey, it seems you have accurate info on this war. Bravo. Shame on Shouthfront, they have flase information. Pls create a web page or a blog, we are all very interested with your accurate comments and information gathering.no need to waste your time here.

You can follow each other no need to bother other people with your jihadi crap.

no need to bother other people with your assadist crap

I am not even Syrian you jihadi imbecile.

i am not pro jihadist

This thread which you are corrupting with your Kr@p.

I am not with these jihadist morons so leave me alone.

you are an idiot. just shut up.

yet another shill for ‘zio-US-Isis’…. yes, please do go to another website.

So now you say the rebels took the cement factory, but your post from 8 hours ago said they are fighting to take the cement factory.. You clearly are a jihadi scum liar trying to disinform everyone that your terrorists are winning when they are actually losing. I say this from the bottom of my heart, I hope you and every terrorist/terrorist-sympathizer get what you deserve, a nice bullet in your ass.. Live in fear for the rest of your life, justice will find you terrorists soon.

You were there in person?Or you got this information though Facebook?

what nusayris you fool? The SAA is majority sunni, loyal to their homeland., Syria has never been a confessional state.

If you call alawites nusayris you are admitting to being a jihadist albeit a computer one.

If the jihadis are so successful, how come they do not have any videos or communiques of their recent gains?

Putin ” better to kill them there than here” and what better way than a cauldron (boiler) that has been depopulated, where air power can be the trump card! Coming into Aleppo or trying to escape it is all the same killing field. This had worked well for the Ukrainian thugs demise as well. Why advertise the casulties, don’t really want to scatter them before judgement day.

So now you say the rebels took the cement factory, but your post from 8 hours ago said they are fighting to take the cement factory.. You clearly are a jihadi scum liar trying to disinform everyone that your terrorists are winning when they are actually losing. I say this from the bottom of my heart, I hope you and every terrorist/terrorist-sympathizer get what you deserve, a nice bullet in your ass.. Live in fear for the rest of your life, justice will find you terrorists soon