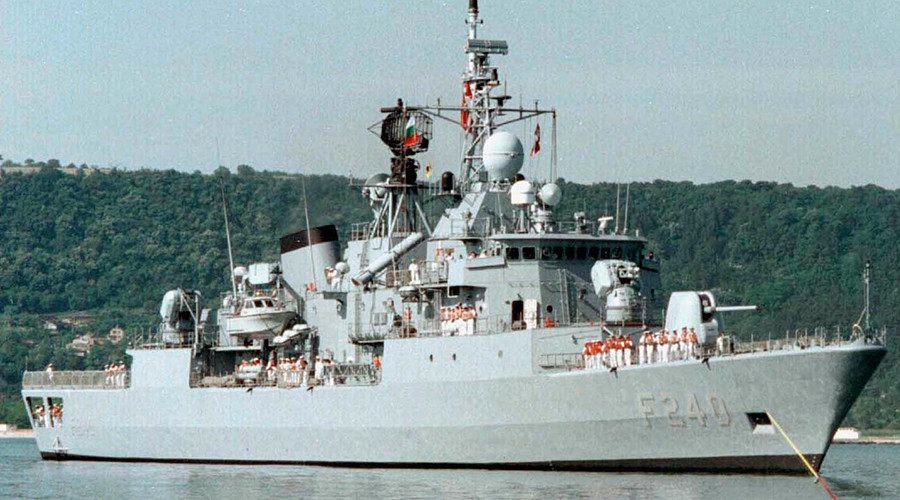 The pro-coup military held captive a frigate (TCG Yavuz) and the head of the Turkish navy at the Golcuk naval base, local media report.

DHA news agency has said that the TCG Yavuz was taken from the base by the coup supporters, but later returned.

Admiral Bülent Bostanoğlu was caught in the ongoing coup attempt. He’s the current head of the Turkish navy.

General Abidin Ünal, commander of the Turkish Air Force has been also captured by the pro-coup military.

A faction of the Turkish military attempted to stage a military coup on Friday night. However, the attempt failed.

Exicute Admiral Bülent Bostanoğlu. And use the Naval vessel to level Erdogan palace, and Military headquarters. They then can sail to Iran, and gift the vessel to Iranians or to Chinese or Russians in exchange for asylum. And from their they can plan for their next coup attempt from outside the country working with contacts inside of Turkey. Also, if they allow themselves to surrender or be captured by Erdogan, they will be executed anyway. They really need to use some of the weapons against military positions, then sail away.

Launch on Daesh Hideouts on Turkish border with Syrian. Let the sultan explain what’s founds their after.

As soon as they fire weapons, they will be sunk.

Actually, as the capital ship of the Turkish nave, it is equipped with both anti-aircraft and anti-missile defense systems. Also, when the regular violence possessed Turks get a hold of them, they will torture, mutilate, and ultimately murdered them one by one. Don’t believe me? Here is the link to the already surrendered solders being tortured, beheaded and murdered right now today. http://www.dailymail.co.uk/news/article-3693268/Defiant-masses-fight-Stunning-scenes-brave-citizens-rise-against-attempted-military-coup-dragging-cowering-soldiers-tanks-beating-streets.html

Erdogan is an Islamist who is fixing to bring Sharia Law to Turkey, as he already supports ISIS conquering Syria. The military is traditionally secular. But Erdogan is a die-hard Islamist. Overthrow the Zio-Terrorist regime of Turkey! Turkey is ISIS! They created ISIS. Turkeys military is inside of Syria genociding the Syrian people for the Israelis! The world must unite and send all help available to the Turkish coup as soon as possible! Bring REAL democracy to Turkey, instead of their dictator. The Kurd’s need to take full advantage of the situation NOW and launch Massive operations against the Zionist government of Turkey right now! https://southfront.org http://en.farsnews.com/newstext.aspx?nn=13950426001200 http://en.farsnews.com/newstext.aspx?nn=13950426000672 http://en.farsnews.com/newstext.aspx?nn=13950426001269