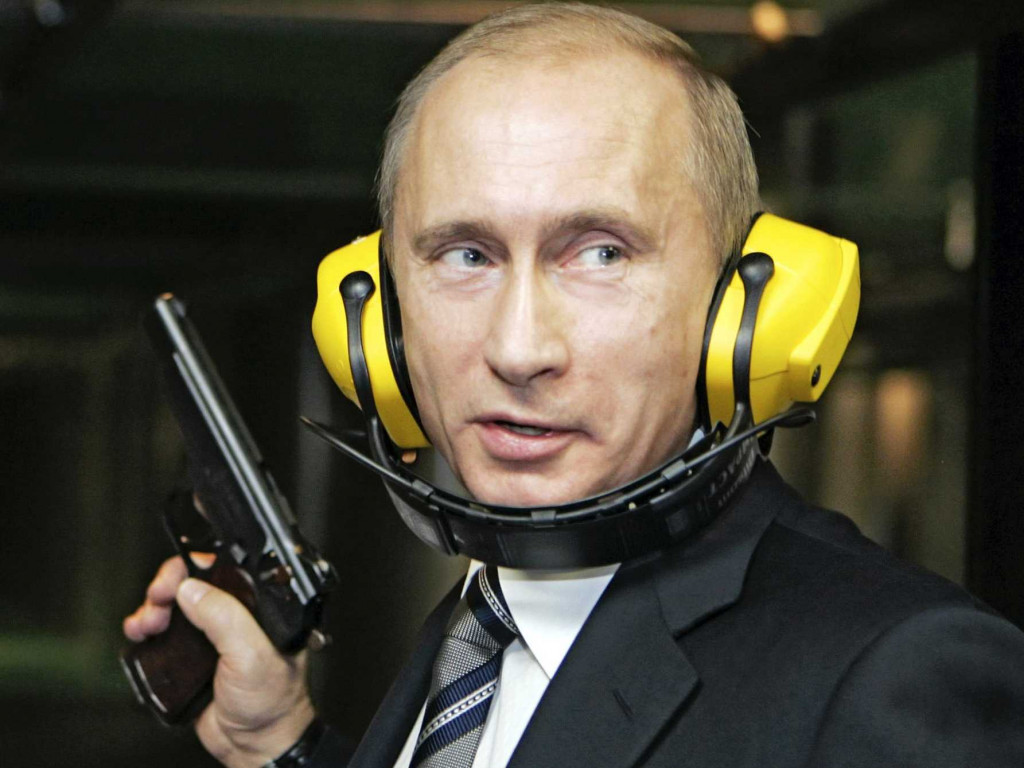 I want to share some tragic news with you. The Bloomberg agency uncovered Vladimir Putin’s clever plans and is reporting them to the entire world. American journalists have come to the conclusion that Putin is not about to sell state enterprises to foreigners, who really hoped to snap up a few sweet state assets on the cheap.

Bloomberg also explained that foreign investors do not trust Putin. At this point, the Russian reader is presumably supposed to hang himself from sheer sadness, but for some reason I am not about to do that.

One can even feel compassion for the foreign investments. They have been observing the government’s efforts on the new wave of privatization with concern, and just when it seemed they were on the the verge of getting what they wanted, it turned out otherwise.

Putin’s conditions concerning the privatization of state enterprise minority packets frightened off many representatives of the Western financial world. Putin de-facto established an ideal filter which does not allow speculators to take part in the privatization.

The president insists that the only buyer of minority packets can be an entity which is operating under the scrutiny of Russian law, which is a key provision. Noisy but law-illiterate inhabitants of the internet already labeled it a cheap PR move, since nothing could prevent a foreign or even an offshore company to establish a Russian open holding company and participate in the privatization in accordance with the specified conditions.

Yes, but foreign speculators understand the problem: if the shares are bought by a Russian firm under the scrutiny of Russian law, then all of the subsequent conflicts with the state or potential expropriations will be dealt with in accordance with Russian law, with the Russian holding company being a party to the proceedings. this makes the Yukos situation, where the shares were held to foreign offshore firms, impossible to be repeat.

So it turns out that the only foreign investors who will participate in the privatization are those who are not afraid of Russian law and are not afraid to play in accordance with the rules set by the Russian state. Those who wanted to snap up assets on the cheap, then sell them and run, are being selected out of the pool, in the process wetting the pages of Bloomberg, Vedomosti, and Gazeta.ru with their tears.

It would seem that at this point foreigners ought to be green with envy toward Russian oligarchs, since every internet-patriot knows that the new round of privatization would mean the country’s plunder. But foreign journalists and financiers know how to operate calculators and delve into details.

It comes down to this: that which the government intended to be a sale of assets at any price turned into a “forced investment” of sorts for those oligarchs who want to work in Russia. Reuters agency source “close to privatization” claims that the oligarchs will be compelled to buy minority share packets at above the market price, and the operation is conducted in order to bring oligarch capital back to Russia.

The state retains control over the enterprises, which Putin clearly stated. Overall, the oligarchs are being compelled to put their money into the budget and also invest in firms where they will be minority shareholders. In return they receive hope that when the country’s economy significantly improves they will receive either dividends or the ability to sell their shares at a higher price. This setup also has one additional positive side effect. It ties the business elite’s interest to the well-being of the Russian economy and state enterprises’, which cannot but make one happy.

It’s good that we have a judo-magician for president using even the most dangerous proposals by our liberals in order to improve the country’s situation. It’s bad that one has to read the correct assessment of some actions in foreign media, while the state and supposedly patriotic publications are preoccupied with the relationship between Timur the Goat and Amur the Tiger. Fundamentally bad information policy could be very costly to us.

clever. clean up the central bank as next step.

Russia for Russians, I say. It’s a good move, especially when financial terrorists like George Soros are known enemies of Russia.

I’m from Canada and we have no financial or national identity. We pay an outrageous amount of personal and business taxes. Straight, White, Christian men are the declared enemy of the state. We are like Jews in Germany circa 1935. If we are smart and lucky, we will move to Russia where men are not persecuted and homosexuality is not taught to our children from the age of 5.

PRIVATIZING CREDIT CREATION IS AGAINST THE DEMOCRACY AND THUS HIGH TREASON.

Everybody this is a must read:

Putin is pushing the zionist around ??….I doubt it !