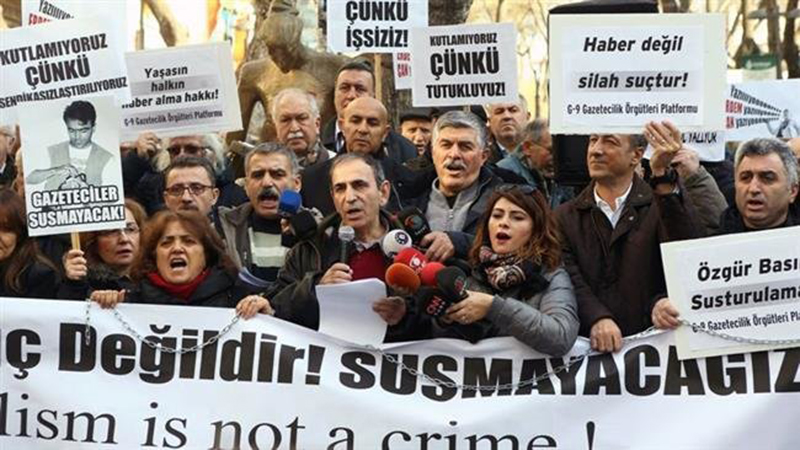 Turkish journalists hold a banner reading “Journalism is not a crime” during a demonstration in the capital Ankara, January 10, 2016.

Recalling Turkish President Recep Tayyip Erdoğan’s Sunday message on respect for press freedom, Tanrıkulu said the message should be embraced by everybody, adding, however, that the current situation in Turkey resembles one in which democracy is “bankrupt.” There has been growing concern about deteriorating press freedom in Turkey and, in particular, over the number of journalists facing legal proceedings on accusations of insulting or criticizing top officials.

Irked by the revelations, the Turkish president threatened that Can Dundar, the daily’s editor-in-chief, would “pay a heavy price” for publishing the video. Also in June 2015, Turkish newspaper Today’s Zaman revealed that Ankara allows Daesh terrorists to freely walk on the streets of the Akcakale border district in the Turkish province of Şanlıurfa.