On April 4, Iran’s Hassan Rouhani and his Russian and Turkish counterparts, Vladimir Putin and Recep Tayyip Erdogan held a meeting in Ankara to work toward achieving a peace in Syria.

According to the joint statement issued after the meeting, the leaders “reaffirmed their determination to continue their active cooperation on Syria for the achievement of lasting ceasefire between the conflicting parties and advancement of the political process envisaged by UN Security Council Resolution 2254”.

“The main aim of tripartite summit is to rebuild Syria where the peace prevails,” Erdogan stated.

The leaders emphasized that there is no military solution to the Syrian conflict and they will continue the cooperation to eliminate terrorist organizations in the country.

During the summit, Rouhani said that when Daesh [ISIS], al-Nusra and other terrorist groups had been hit hard and were on the brink of annihilation, some sides kept arming them and enabled terrorists to continue their brutal actions against the Syrian people, including residents of Damascus.

Additionally, Rouhani blamed the USA for its military actions in Syria:

“The US government must respond to this question as to what it is doing kilometers away from its land in Syria. On whose request American soldiers are invited to Syria? The illegal US presence and military intervention in Syria are meant to increase tension and ultimately [lead to] fragmentation of the country”.

Erdogan expressed readiness to take action in the northern Syrian city of Tal Rifaat along with Russia and Iran to build a peaceful environment for its residents.

Erdogan, Putin and Rouhani stressed the importance on their “strong and continued commitment to the sovereignty, independence, unity, territorial integrity and non-sectarian character of Syria”.

The Russian president drew the attention to the post-conflict restoration of Syria and the improvement of de-escalated areas. Putin welcomed Erdogan’s initiative to launch joint humanitarian efforts in Syria.

Rouhani addressed the situation in the region of Afrin, where the Turkish military had been engaged in the operation against Kurdish armed groups saying that Afrin must be handed over to Syria’s army:

“The developments in Afrin can only help achieve our common goals in the Astana process if they do not lead to a violation of the territorial integrity and national sovereignty of Syria, and if the control of these areas is handed over to the Syrian army, which, despite current confrontations, remains a symbol of the national sovereignty of the country”.

Finally, Erdogan Putin and Rouhani expressed their satisfaction with the results of the first year of the Astana meetings held since January 2017. The Astana format has been the only effective international initiative, which has helped to reduce violence across Syria, contributing to peace and stability in the country. The Syrian National Dialogue Congress, occurred in Sochi on January 30, 2018, also invested a lot in the political process.

The state leaders decided to hold their next meeting in Iran.

Erdogan is the only one who could attack SDF positions along the border to Iraq, the US can not and will not counter Turkish troops.

Then why has the US stationed trip wire forces west of the river in northern Syria? If that isn’t a warning to the Turks not to move east, I don’t know what is.

Talk is cheap, as you know Americans talk all the time, but when the Turkish hit Manijb, the US will say they had already backed off. They will dump the Kurds in a NY minute, they will not loose access to the Black Sea.

If the Turks believed that, then why are they buying S-400s and cozying up to the Russians and Iranians?

I agree that it used to be unlikely that the US would conduct air strikes against a fellow NATO member. But who would of thought they would have attempted a coup against the Turkish presidency?

Things change, and with the Turks clearly pulling out of the EU/NATO orbit and strengthening ties with the Russians and Iranians, both of whom are at the top of the Jew world order’s vilification list. And with the US strengthening it presence west of the river in northern Syria. I’d say that it’s getting a whole lot less unlikely that the US will hit the Turks if they trigger the trip wire. No competent military commander would ignore the risks and warning signs.

As far as the Black Sea is concerned, the US navy are sitting ducks there anyways. And with NATO troops now all over the Ukraine, it’s gotten a lot less important. And there’s no guarantee that the Turks would block it.

There is zero to gain from USA being in Manbij!They are seriously risking pushing turkey towards russia and Turkey having the right to block the US or any other NATO ships from the Black Sea! Turkey is CRITICAL to Nato!
Trump’s announcement to leave syria is a well timed one! U can be sure turkey moves into Manbij from this moment and the USA will say that they handed over this area to turkey! Keep in mind that the US is being replaced by French forces! French forces are on the EAST side of the river! this telescopes the future! Turkey will literally walk into Manbij or at the very least, there will be a small scuffle!
Its not looking good for the Kurds right now! Iraq, Iran, Turkey and Syria are all on the same page now and all are expected to benefit from this war if they cooperate! Remember there are no allies in this, only common interests! Turkey (like most other nations) saw which way the wind was blowing and Russia was the sail!
Land locking the Kurds in a joint effort is a no win situation for the US, Israel or the Kurds! How can they possibly sell the oil and gas if they are land locked…. they cant! Now Russia has contained Israel (the more important “little America”) via Iran! Russia is contained? well now precious Israel is contained! “Listen to us NOW”!

Iran as its shiia crescent influence and contains SA and Israel!

Iraq and Turkey almost have a free ticket to destroy PKK and Kurdish threats which puts Iraq in more control of its oil reserves (2n biggest in the world)!

Turkey will annex some Syrian land and will bath in glory (which I hate)!

Syria wins against US, Israel and West! Will be written in the history books and songs and poems will be made about this for centuries! Assad becomes a God!

Manbij = nothing! Its a walk in the park! This war is OVER! Kurds will retreat back to pre war lines and suck their thumbs! The only area they will truly fight for will be Raqqa and the Oil fields near DeZ! Thats all! Why would they risk more lives for Manbij which was never occupied by Kurds? They are now fighting for survival and at best, to keep the land they originally inhabited! To do this, they will need to kneel and kiss the hand of Assad and then they will be safe from turkey!

These are the new realities!

Mark my words!! Kurds will walk from Manbij! You can bet ur House on that! Afrin was different because that was always occupied by Kurds! Manbij wasn’t!

The Turks are clearly changing their position as the Syrian government coalition wins the war. But that hasn’t stopped the baby rapers or their Jewmerican puppets from attacking Syrian government coalition members. Of which the Turks are now clearly becoming at least a limited one. With the Kurd secessionists and their Jew world order masters being a common adversary.

Only a fool would ignore the NATO backed coup attempt in Turkey and the US reacting to the Afrin advance with a counter advance of their own west of the river. I’m not saying that the US will hit the Turks with air strikes. I’m saying that with the US clearly setting up a trip wire west of the river, that there’s more than a remote possibility that the Turks will be hit with air strikes if the don’t back off and learn to take orders from Tel Aviv like subservient Jew slaves.

It sounds like the Turks have done an almost complete about face. The SAA has it’s hands full with clearing operations west of the river right now. I agree with Rouhani that Syrian government administration should be restored to Turk occupied areas. What timing can be agreed to on that is an open question at this time. Right now you have the SDF/YPG embedded with Syrian government NDF just south of Afrin. So until that issue is sorted out, it’s unlikely that the Turks will relinquish control of Afrin to the SAA or anybody else

As far as Turk participation in SDF clearing operations east to the Iraq border. That’s going to depend on air cover. Their air force is modern, but probably handicapped against NATO and NATO clone opposition, like the baby rapers and their gulf yes men. The Chinese may help with some modern equipment to see how it does. But the heavy lifting to even up the playing field in terms of air cover will have to come from the Russians.

Ground forces is a different matter. The Turk contribution in that area of operations both in man power and equipment, would be a real force multiplier that I’m sure that the Syrian government coalition is taking a close look at. With air cover they could just go around any US presence and leave it surrounded as they pass through heading east. Without engaging it unless they’re attacked.

The Turks could also, and may be in the process of, allowing the Russians to bring in air defense systems and maybe aircraft like helos, and even heavy surface weapons like multiple rocket launchers and ground to ground missiles into southern Turkey all of the way to the Iraq border. Which would put US and tag along air and ground operations east of the river in a very difficult position. 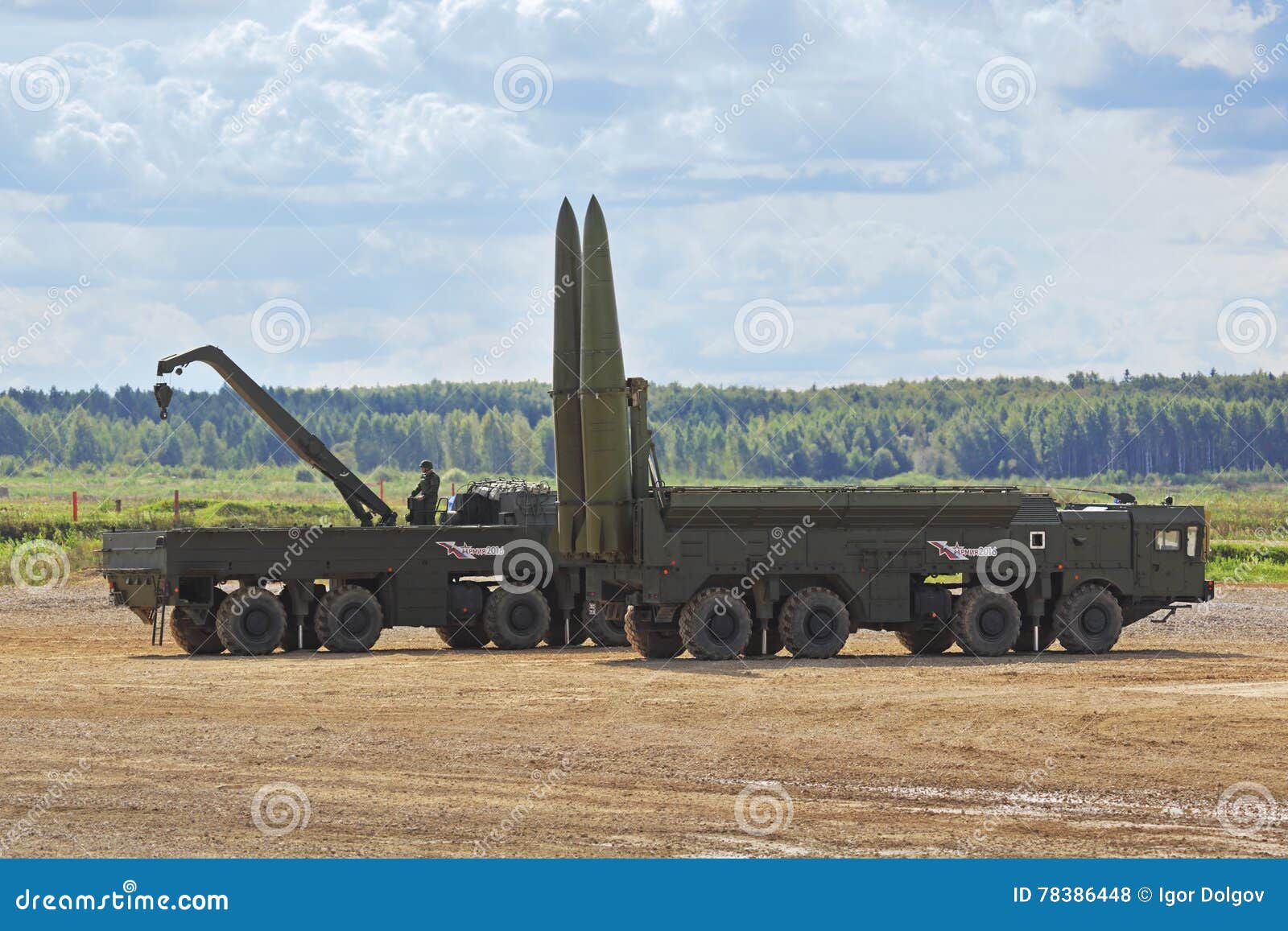