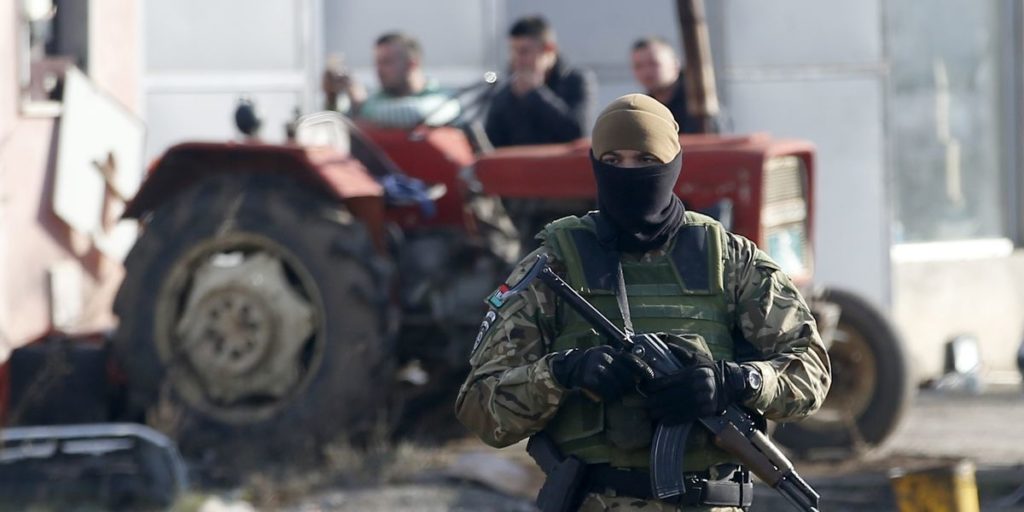 On December 17th, the UN Security Council (UNSC) convened in an emergency meeting in an attempt to tackle the issue of Kosovo’s decision to transform its security force into an army.

In the briefing to the UNSC meeting, Jean Pierre Lacroix, head of the Department of Peacekeeping Operations (DPKO) expressed his concern regarding the recent situation.

The decision by Kosovo’s “parliament” to form a national army was described by the UN Peacekeeping chief on December 17 as having “further deteriorated relations between Belgrade and Pristina,” which, he said, have been strained for some time.

He began his briefing by reminding of the November 21st tariffs that Kosovo imposed on all goods imported from Serbia and Bosnia, raising them from 10 to 100%. In response, the mayors of four Kosovo Serb-majority regions of northern Kosovo, announced their resignations and the parliaments of their municipalities stopped official communications with the capital, Pristina.

Serbia responded by saying that it would only take part in EU-facilitated talks with Kosovo if the tariffs were reversed.

Not only did the tariffs not get reversed, but Kosovo adopted three laws that provide for “substantial changes” to the mandate, role and strength of the Kosovo Security Force (KSF).

On December 14th, the Kosovo government released a statement:

The Government of the Republic of Kosovo considers that Kosovo’s right for an army, a multiethnic and professional force built under the highest NATO standards, stems from sacrifice and freedom, from the rule of law, the sovereign, the will of the citizens to protect and promote pro-Western values in Kosovo and beyond. “Kosovo is NATO and NATO is Kosovo. For this no one has any doubt. Together with the allies, NATO will be only in the service of democracy, security, peace and development in Kosovo, the region and wherever it is required.”

Serbia, on its part condemned the decision, Serbian Prime Minister Ana Brnabic saying that Kosovo’s decision to upgrade the KSF into an army would not contribute to “cooperate, stability in the region.”

“It is better to sit down and talk about how we can build a different future, rather than look at how we can raise barriers,” she said.

According to Lacroix, Serbia characterized the move by Kosovo as an act of “political aggression” and called on KFOR, the NATO-led peacekeeping force – which was set up following a Security Council resolution and is responsible for establishing a secure environment in the country – not to allow any kind of “Kosovo Army” to operate. Further claiming that the move is in violation of a UN resolution that ended Kosovo’s war for independence.

Lacroix said that it was crucial that the two countries avoid any steps that could further worsen the situation, and urged them to “find ways to re-engage in the dialogue aimed at the normalization of their mutual relations.” The UN Mission in Kosovo (UNMIK), he added, is working closely with KFOR, and focusing on inter-community trust building, which is “essential for the long-term normalization of relations between Belgrade and Pristina.”

During the UNSC meeting, Serbia’s Foreign Minister Ivica Dacic said that Pristina is behaving “like a spoiled child who, when they don’t get their toy or what they want, throw a tantrum.”

Russia’s Ambassador to the UN, Vasily Nenebzya said that Kosovo’s decisions threatens to repeat the armed conflict in the Balkans.

“Emergence of Kosovo armed forces resents a threat to peace and security in the region, fraught with a repetition of the armed conflict,” the he said.

Speaking at the UN Security Council emergency meeting on Kosovo, Russia’s ambassador to the UN Vassily Nebenzya said that the EU could have and should have done more to stop the breakaway region from creating its own army to replace its lightly armed emergency response force.

“The EU reaction to the decision by Pristina cannot be described as other than toothless. This irresponsible policy has crossed the line,” Nebenzya was cited as saying after the meeting.

The diplomat said the lack of decisive action on the part of the 28-member bloc was a “great disappointment,” adding that the EU seems to “have turned a blind eye on the illegal creation of Kosovo’s ‘army.’”

Earlier, on December 14th, UN chief António Guterres “noted with concern” Kosovo’s adoption of the draft laws to strengthen its Security Force, reiterating that only it has the responsibility to ensure a safe and secure environment in the country, and calling on all parties to exercise restraint and refrain from any actions that could raise tensions.

On the same day, NATO Secretary General Jens Stoltenberg released a statement, expressing regret that Kosovo made the decision, despite concerns expressed by NATO.

He further reiterated that the decision must not escalate tensions in the region.

On its part, the EU held the 3rd meeting of the Stabilisation and Association Council between the European Union and Kosovo in Brussels on December 17th, no mention was made of Kosovo’s decision was made in the press release.

Earlier, however, following Kosovo’s decision on December 14th, the EU spokesperson Maja Kocijančič released a statement saying that “the mandate of the KSF should only be changed through an inclusive and gradual process in accordance with Kosovo Constitution.”

“The European Union expects Kosovo to continue upholding its obligations under the First Agreement concluded in Brussels in April 2013 and its security arrangements.”

On his part, Kosovo President Hashim Thaci, on December 16th said that the decision was “irreversible,” while offering assurance that a new national military does not threaten ethnic Serbs living in the candidate country.

“Whatever happens at the Security Council, despite the concerns of a certain individual or a country, the formation of the Kosovo army is an irreversible act,” Thaci said.

The Albanians need to be driven into the sea.

..and they will. One day they will provoke one step too far, and the Eurotrash will refuse to back them up as they will have become fed up with Albanian cave-men mafia BS.

The protection Kosovo has form the US is a blessing and a curse,why? Well if the US losses influance (witch it is) and or colapsess or simply losses intrest Kosovo is dead meat both it and Albania do not stand a chance vs all of the hostile nations against them.

Yep, so lets sit back in a comfy chair with beer and popcorn and be patient. :-)

Hmm the problem is our traitorous president Vucich with his evasive politics and stands. Our, Serbian troops, should already be in Kosovo since resol. 1244 is broken, as well as all agreements. We all here know he is in a deal with Kosovo’s narko criminal clan who made that quasi state. Above all he destroyed Serbian economy. Both president Vucich and criminals in Kosovo are mastered by western agencies.

Jens Holm
Reply to  me again

The Tito economy destryed itself having too much Marx and Engells.

a joke blaming others for that. And you added Your problems Yourself as if wars to Slovenia, Croatia and muslims in Bosnia was like gold digging. Macedonia whichYou took in 1913 having not a single serb.

And if couse the finaly was, it was needed to reduce You nationalisti fanatics to Your correct seize.

Since that You hardly has done anything apart from making a socalled Serbian language and nationalisme of the most eveil kind as well once again not accept, that none neighbors will mbe with You unless You give them bajonets under Your nose.

And I do know as person. I have had 2 Croatic colloges in my jobs and new them well. They ceratinly hardly was treated as citicens in the Army of Tours at that time.

You are scum and totally mislead by Yourself.

And all of You incl theother rotten Youghurts are like Russia/Ukraine. None will make fair solutions, but I agree in people living thre should voe about fx borders.

Serbs has left Kosovo many years before any war there. Dont blame Albanians there. As a minimum You have to go many centuries back to look for any kind of Serebian majority if ever.

Albanians has been in the Region and if any id Emmigrants its the Southslaves comming from Kiev or something. Alania many times has been an own Country or at least an own vasal.

And where are all those, which was in the Region before Slaves invaded and maybe killed them well helped by fx Romans .