Russian involvement in Ukrainian conflict remains as a threat to Ukrainian national security according to declarations of the president of the nation. 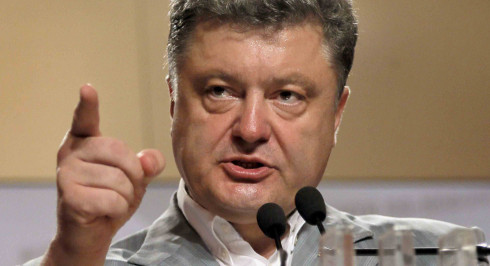 Petro Poroshenko, president of Ukraine stated on Monday that the possibility of facing a Russian invasion is imminent due to the support that Russia has been giving to the rebels in the proclaimed Republics of Donetsk and Lugansk, besides the 9000 professional military personnel operating in the areas controlled by them and the 50 000 troops deployed over Russian eastern border.

The Ukrainian leader also said that his nation would be able to respond to any Russian aggression, that’s why, according to him, measures are been taken to enhance the power of Ukrainian army by means of an increase in Military investments, professional hiring and also in the wages of military personnel.

Russia is starting to feel the negative effect of the sanctions imposed by the West as Ukraine is reinforcing its offensive capacity, Poroshenko said.

The conflicts in eastern Ukraine have been escalating this last weeks in a disrespectful non-application of Minsk agreements according to Russia’s representative at the Security Council in the UN, Nikolai Patrushev.

The only way Kiev would respond IF Russia did invade is to run like Hell.