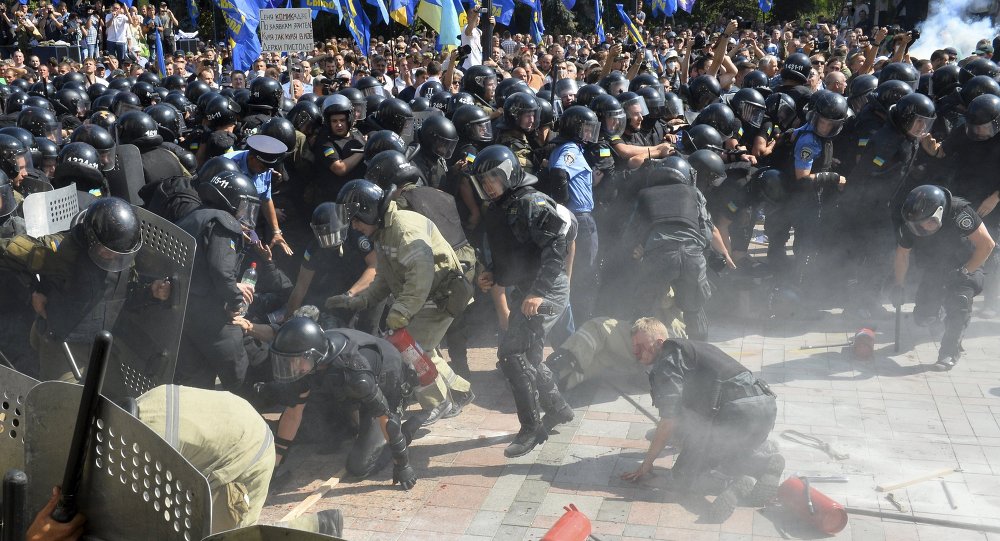 “It was a stab in the back. How else can you describe the events after vote in Verkhovna Rada?” Poroshenko said in a televised statement. “It was an anti-Ukrainian action whose organizers…must be punished severely,” Poroshenko stressed.

At least 100 were injured and a police servicemen was killed in the clashes as a grenade had exploded near the Ukraine’s parliament. More than 30 were detained following the riots.