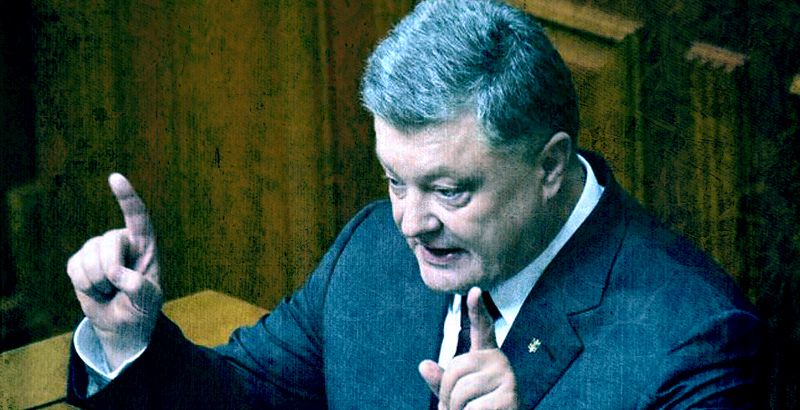 According to Ukrainian President Petro Poroshenko, it is now difficult for his government to receive Western support in its confrontation with Russia.

“Ukraine will continue to need strong international support in the fight against Russian aggression,” Poroshenko said on September 6, addressing the parliament of Ukraine. Nonetheless, he noted that “securing this support is becoming increasingly difficult for our diplomats due to different objective and subjective factors.”

Poroshenko added that the Europe’s strange was being tested by external issues, including the refugee crisis and terrorist assaults. Poroshenko emphasized that European political forces that seek to compromise with Russia could win in the 2017 elections.

“Europe still speaks with one voice, but there are also countries where the Russian accent is already too audible,” he said.

Poroshenko also warned that a “full-scale invasion” from Russia is likely.

Poroshenko’s statement came as the European Union is divided over the future of economic sanctions imposed on Russia over its alleged role in the crisis in Ukraine. A significant number of European politicians support the idea that the bans have also had a negative impact on the European Union itself.

Propaganda for internal consumption always sounds retarded to others.

Yes, I am certain that Russia wants to invade all of Ukraine just to have the headache of managing a hostile populace and a bankrupt country.

They shot the heavenly hundred in the back and it’s been downhill ever since.

“Full-scale invasion”! Lol! Sounds like a prayer! Everyone’s starting to realise that Russia would not have Ukraine for $5.00 if it could. Neither does anyone else. I mean puhleez! A country that has all of its treasure looted, where you cannot do any business unless you participate in massive corruption, and that has right-wing maniacs with guns running all over the place!

This is a lesson for anyone who want to trust US/EU/NATO. If you trust those traitors, you will be stranded midway through the battle, exposed to the bullets. Meanwhile, US/EU/NATO will use you and dispose you off after their use.