The Ukrainian government has refused to comply with the Minsk agreements, and said that nobody can dictate to Ukraine any conditions. 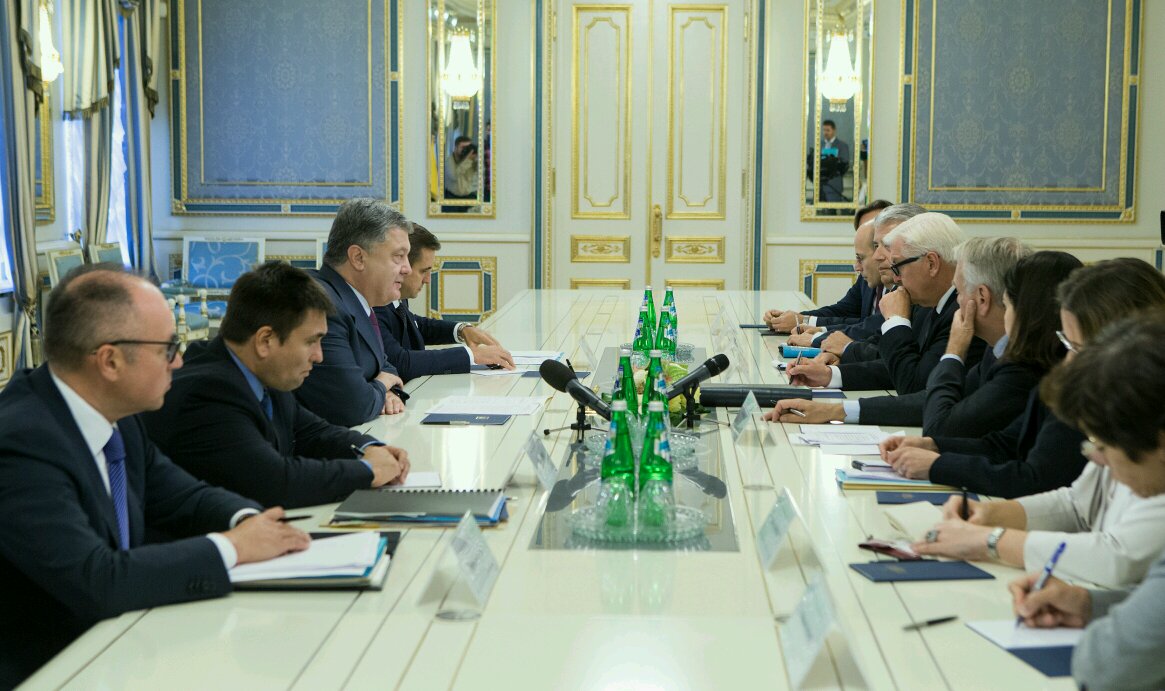 The Ukrainian government has denied representatives of the ‘Normandy Quartet’ from Germany and France in the implementation of the Minsk agreements, a MP from the presidential bloc, Sergey Kunitsyn, confirmed such an interpretation of the position, expressed by the Ukrainian President at a meeting with the foreign ministers of France and Germany.

According to him, Germany and France cannot dictate to Ukraine any conditions.

“Nobody can dictate to us the conditions under which we return our territories – neither France nor Germany nor Great Britain. I am advocating that they should remember the Budapest Memorandum, which guarantees a territorial integrity, just in case. It really was an international instrument. I think that we cannot speak about any changes of the Constitution,” Kunitsyn said, speaking on the 112 TV channel.

At the same time, a Verkhovna Rada deputy of the Bloc of Petro Poroshenko, Vadim Denisenko, said that during the talks with Petro Poroshenko in Kiev, German Foreign minister Frank-Walter Steinmeier and French Minister of Foreign Affairs Jean-Marc Ayrault have actually demanded from Ukraine the same that previously was required by Russian President Vladimir Putin.

“If to simplify words that the Foreign Ministers of France and Germany said in Kiev, it can be reduced to the formula ‘truce – special status – elections in Donbass – control of the border’. The offer of Europeans is more than a serious blow to our positions,” Denisenko wrote in his blog.

However, according to the representative of the Petro Poroshenko’s Bloc, Kiev is not going to agree with the European requirements.

“This does not mean that we should give up. We have no other option than to follow the formula ‘truce – control of the border – elections’,” the deputy announced a strategy of Kiev.

“In order to understand what to do next, we should try to find out what will happen if we agree or not to agree to the proposal of the French-German assault,” Denisenko noted. “We send our European partners to hell (culturally) and insist that firstly, we should get control of the border. Than it threatens us? Will they lift sanctions against Putin? Well, here we are powerless. Will Putin begin a full-scale operation? We are not immune from this. We just need to play for time and to require new safeguards, new agreements, and new memorandums. And to prepare for a war…,” he concluded.

Meanwhile, a former head of the Donetsk region, Sergei Taruta, noted that Germany and France are starting to put pressure on Ukraine, requiring implementation of the Minsk agreements. According to him, nobody will agree to any new format or agreements.

“Nobody even envisage another format. This is a clear position of all participants of the ‘Normandy Format’ – Germany and France. Naturally, now they will rigidly insist that Ukraine, for its part, also should ensure compliance with the covenants, which are registered in the Minsk agreement,” he said, speaking on the 112 TV channel.

Taruta also noted that German and French representatives are going to visit the front line in order to inspect the work of the Organization for Security and Cooperation in Europe (OSCE).

At the same time, Moscow hopes that the visit of German Foreign minister Frank-Walter Steinmeier to the Donbass will increase pressure on Kiev in order to make the Ukrainian government to perform the Minsk agreements, a spokeswoman for the Russian Foreign Ministry, Maria Zakharova said on Thursday.

“As for the Steinmeier’s visit to Ukraine, now the main thing is to exert maximum pressure on Kiev on implement of the Minsk agreements. It is very important not to weaken, but to intensify the pressure on Kiev in order to make the government to start to move forward,” Zakharova said.

According to her, Russian Foreign Minister Sergey Lavrov was discussing this topic with his German counterpart during a number of telephone conversations.

The visit of the Foreign Ministers of Germany and France to Donbass that has been begun today, is the first visit of this kind since the beginning of military operations in the east of Ukraine.

The way I understand it, the Minsk Agreements weren’t demands but an agreement that Ukraine signed on to. It’s their responsibility to honor that agreement and no one else’s.

The ukrainian government did not signed, they used a reprentative but it is not the government that signed it. So it does not legally have to abide to it. The only people that engaged themselves where those from Lugansk and Donetsk….

They signed. Definition of a representative: One that serves as a delegate or agent for another. If that’s what Kiev is using as an excuse to murder their own people, you need a new government.

You cant negotiate with terrorists

It’s not a negotiation. They signed. They are responsible for following through. We shouldn’t give up our power so easily.

Ukraine can’t agree to Minsk2. Petro giving special status will put him out of a job. Ukraine repairing and paying pensions for Donbas is not possible. Ukraine will delay till after the USA presidential elections. If hill wins, Ukraine can get USA help. If Don wins, Ukraine must stand alone.

Sadly, Kiev is moving backwards of the Minsk agreement, instead of forward, and doesn’t even think about changing directions.

The dawg is off the leash….:( now we’ll see what mafia can do with tanks and jet fighters courtesy of the short sighted west.