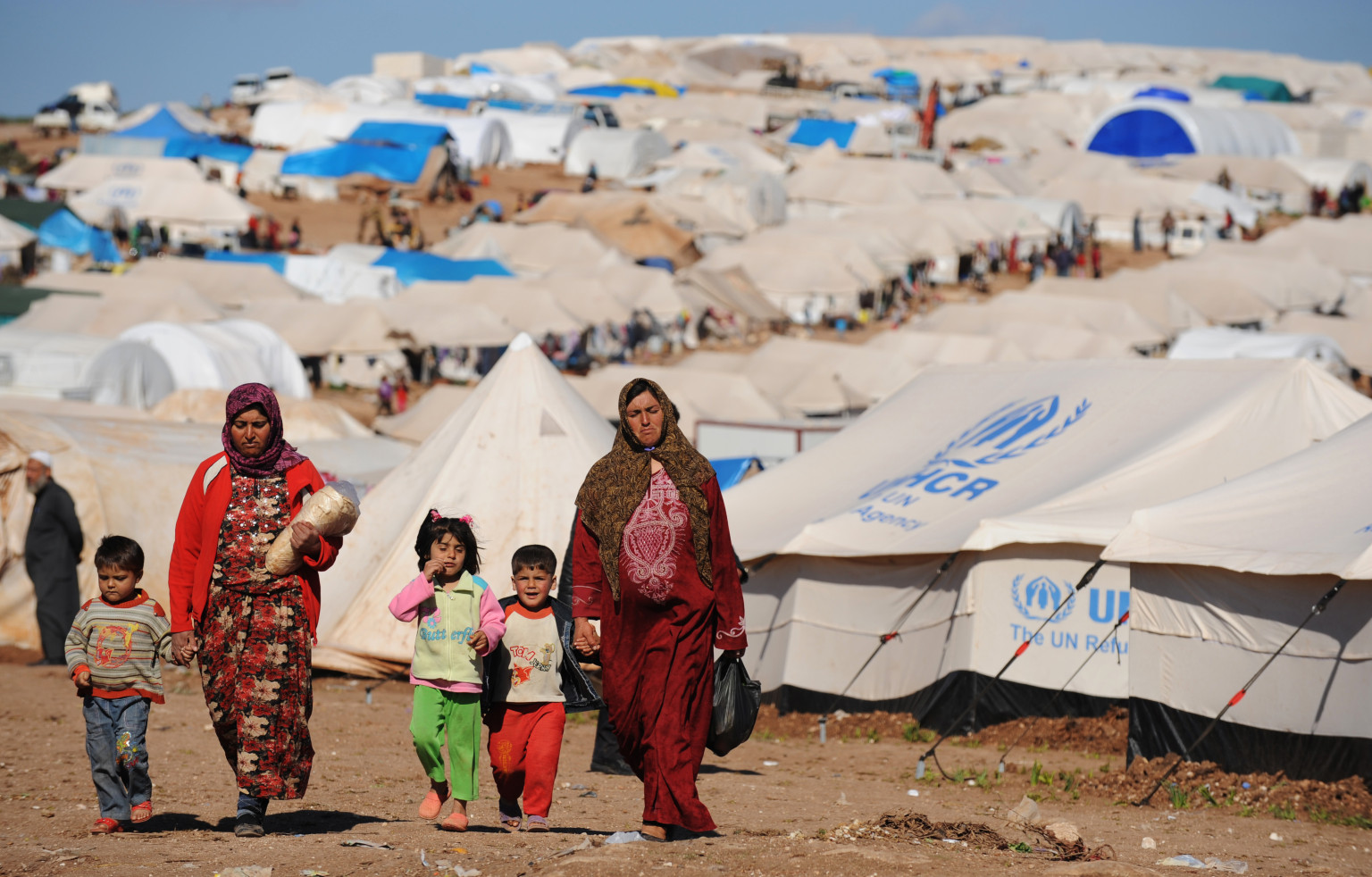 The sanctions against Syria, imposed by the West, have a devastating impact on the civilian population of Syria. People lack food and clothing. Hospitals are destroyed or no longer in service because of insufficiency. To finally lift these sanctions would be the most important measure to combat the so-called causes of flight.

Recently, Canadian author and human rights activist Stephen Gowans wrote concerning the US government that the overthrow of the Syrian government had long been planned. The sanctions were an integral part of this plan, “documents that were created by the US Congress already in 2005, revealed that the US government actively considered a regime change in Syria (…). As an alternative to direct military intervention, in order to overthrow the Syrian government, the United States decided to put pressure on Damascus by sanctions, and to support the Syrian opposition within the country. ”

The website “End The Sanctions on Syria” reports: “Similar sanctions against Iraq in the 1990s were causing the death of more than half a million Iraqi children.”

The site continues: “701 of 1,921 Syrian health centers were completely destroyed by terrorist attacks. The reconstruction of these centers has been delayed due to sanctions by the EU and the US. The sanctions had already left deep marks on the health care system ‘(…) This includes the blocking of access to medicines, to medical equipment and to transport and communications. ”

The Lancet reported on May 27, 2015: “The cost for basic foods have risen by six times since 2010, although there are differences in the various regions. Before the war, With the exception of medicines for cancer and diabetes, Syria was self-sufficient to 95 percent in terms of medicine production. This has virtually collapsed like all hospitals and primary health centers.

The economic sanctions have not yielded the overthrow of the President: (…) Only civilians are in the line of fire, as demonstrated by the state of disrepair of the budgetary and macro-economies. The sanctions are among the main reasons for suffering of the people in the Syrian conflict. ”

The Assad adviser Shaaban also strongly criticizes the inconsistency of Western foreign policy: “The contradictory statements from the West are enigmatic to put it mildly. Even if he (US Secretary of State, John Kerry) claims, that the United States do not seek regime change, the American UN ambassador (Samantha Power) still demands, that President Assad has to go. Kerry made a statement in the Security Council, according to which he allegedly had reached an agreement with Russia to the extent that the Syrian people alone should decide over its fate and its future government. But then, Obama comes and arrogates: ´No! President Assad must go.´ ”

From 2011 until May 2014 Russia and China have put in a veto against anti-Syrian resolutions of the UN Security Council four times.

Shaaban: “No one talks about the grenades hitting our cities and civilians. These missiles hit our schools, our hospitals and people on the street. They are not targeting the army. Many countries possess the technology for intercepting these shells and rockets and for saving lives. But due to the sanctions against Syria, no one will give us such technology. ”

In 2011, the US and the EU imposed tough sanctions against Syria. “However, within a period of less than a year, in terms of extent and variety, this strategy culminated in a sanctioning, never imposed against another country ever before”, the Federal Agency for Civic Education (Bpb) reported. Almost all educational, health care and social institutions of the country are now destroyed or no longer usable. The Bpb reported that the sanctions have failed altogether. Particularly fatal for the civilian population of Syria was the fact, that many apologists of the sanctions “extending beyond the sanctions, were utilizing other, military and/or financial resources” to enforce their interests in Syria.

It is a hard road to look at a population suffering from the US desires for control. Socially there is always the consideration to arm the population, however peaceful they may be. Arm and train every man and woman to fight if need be to preserve a civil society. This is especially critical in the Middle East where the men and women have become instant victims of violence from without. How many world leaders wish a strong population? The US does not, administration after administration attempts to disarm the population. This is precisely what should be avoided. Even in the American states few people are willing to fight for what is right. We sit by and watch a government and its agencies committing murder and mayhem and simply nod and say ‘what can we do, the government will save us if we just hope and wait long enough and vote the right way’! There is a balance in all this and that balance is the goal of a true diplomat. We who simply read about these things in the ME and Europe (and in the American states) are often removed from the events – we do not know the internal battles that Putin and his supporters must face to act – even in a strong supporter base – we just don’t know the difficulties faced by Russia and any country facing internal pressures from groups whose whole purpose is to destroy balance and harmony. Where can this be faced and stopped except by the man and woman of common sense in their own sphere. We mostly want peace – yet it does not come without strength, it does not come from begging and pleading. There are no easy roads here.