In a released video statement, the Popular Resistance in Manbij has announced the start of preparations for an uprising against foreign occupiers – i.e. forces of the US, France and Turkey.

While it is unlikely, that the group will be carry out any major attacks against foreign forces soon, the appearence of such groups clearly show that locals in the area controlled by the US-led coalition and its proxies is far away from being fully secured.

In April, a similar group, entitled “the Popular Resistance in al-Hasakah”, appeared in eastern Syria. This group also threatened the US-led coalition and its proxies with attacks. However, no major actions have been carried out so far.

Down with invaders and its servants!

Down with mad Assad

You can only screw your own people Syrian people .

That logo is so hilarious. Fist on the place of head, Syrian flag as a fury tail of AK and that dumb 8X scope from PUBG. If they gave me like 100 bucks I would do for them a way better emblem.

How they fight is more important.

What makes you think these guys will be any more effective then the Jihadi headchoppers fighting against Assad?

Just because you sympathize with them doesn’t mean they will be effective.

There in occupied northern syria…you think they got 100$ to spare?? To a pole smuck like you? A canadian hillbilly like me?
No…its kinda funny but it aint that bad.

Sticking there necks out like that is pretty brave though.

Someone look over these poor people.

Well that’s not the point.

Michał Hunicz
Reply to  as

PR is a half of success.

Probably even more so. Look at the White Helmets and how the West continues to brand the FSA as moderate opposition. Or going back further into history, the Vietnamese Tet offensive. Militarily a disaster of epic proportions to the Vietnamese, but PR wise it convinced the American public that the war could not be won.

Bro my full support is with you.

Why don’t you run along now, little Shlomo, and get back to your Talmudic studies, before your Mommy finds out you’re at the computer again.

The popular resistance in Manbij’s decision is very good if it is organized together with the other proxy forces working for the US such as the Kurdish Forces Y.P.G. but all the teams are turning against Turkey because Turkey went to stay and not to leave.

Kurds are zionist lap dogs in case you have yet to figure it out. None want to work with whores who change their price according to the size as the kurds are. Get your facts straight.

This red fist logo really reminds me of the anti-Milosevic, which was sponsored by Soros & CIA… clever trick of Syrian patriots or dumb trick Mossad?

It Seems this is only another Warning to the U.S… the UK… IsraHell….France… the Kurds…Wahabistan…to Leave the Hornet’s Nest…Ready & Waitin’ in Ambush…better start packin’ your Bags West…

LOL! The new flags and map make an impressive backdrop.

The Syrian government coalition is all throughout occupied northern Syria with intel, commando units, and indigenous fighters working to remove occupation forces and neutralize secessionist elements. When the clearing operations in the rest of Syria are further along and additional resources can be allocated. Well planned out campaigns will be commenced to push out the occupation forces, neutralize the secessionist elements, and restore Syrian government administration in foreign occupied areas. With the exception of the occupied Golan. Which will probably be part of a larger regional effort involving the Palestinian areas as well to make it more difficult for the baby rapers to hold onto what they’ve stolen.

There is a UNSC veto bypass procedure under way at the UN for setting up a Palestinian protection force that the Syrian government coalition could be part of for use in clearing both the occupied Shebaa Farms and Golan, as well as the west bank, including East Jerusalem and Gaza of the IDF, Mossad and Shin Bet.

The recent hammering of the IDF in the occupied Golan could be a precursor for protection force operations in the Palestinian territories as well on an as needed basis.

“In an emergency meeting on Wednesday, the United Nations General Assembly adopted an Arab-sponsored resolution calling for greater protection for Palestinians, and deploring any use of “excessive, disproportionate and indiscriminate” force by the Israeli military against Palestinian civilians, particularly in Gaza.

It also requests that the Secretary-General, within 60 days, present his “proposals on ways and means for ensuring the safety, protection and well-being of the Palestinian civilian population under Israeli occupation, including “recommendations regarding an international protection mechanism.” …

Wednesday’s meeting – the tenth emergency special session – was held in accordance with the so-named ‘Uniting for peace’ procedure.

This procedure, under Assembly resolution 377 (1950), is a pathway around a Security Council veto. By it, the Assembly can call an emergency special session to consider a matter “with a view to making appropriate recommendations to members for collective measures,” if the Security Council fails to act or if there is lack of unanimity among the Council’s permanent members, China, France, Russia, United Kingdom, and the United States.

This could be the IDF’s future in the land that they’re trying to steal: 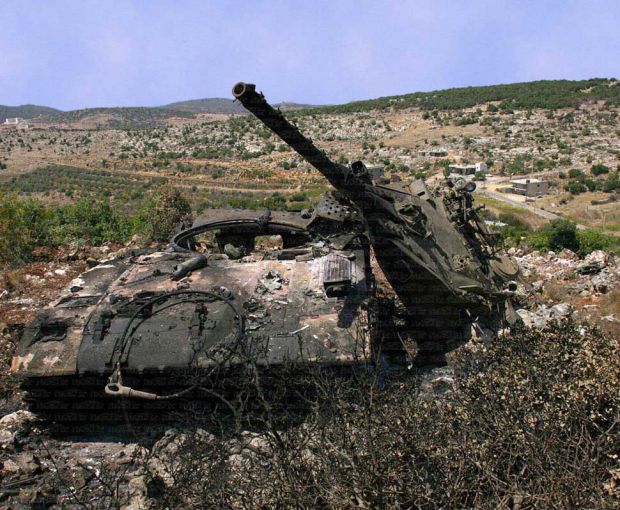 Probably just an up-gunned and up-armoured version of a centurion (or even a t-55)…. 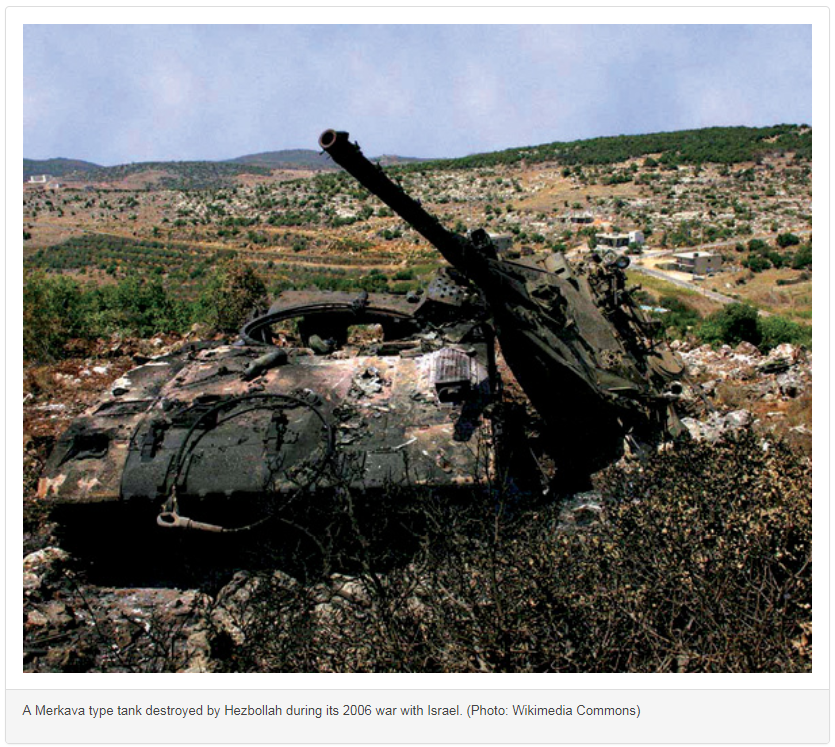 – The training for decisive action –

It was one of at least five that Hezbollah took out in the 06 war.

Yeah, it has a very distinctive turret… i was just wondering about the rest of it. Seems sorta familiar. The Israelis previously re-purposed T55s and centurions as APCs and such. Is the Merkava’s running gear original or re-purposed?

The only ID that I have for the picture is Merkava. By 2006 all non Merkava main battle tanks had been retired from what I can find. I can’t find any information about the types of tanks that you’re referring to.

“During the 2006 Lebanon War, five Merkava tanks were destroyed.”

Well, when the Russians have various anti-tank weapons that can go through about 1.2m of RHA you really do need to question your use of tanks….

There have always been anti tank weapons. It’s been part of tank operations from the beginning.

The zio americans have created another quagmire for themselves to get out of.When will these satanic warmongers ever learn that their days of conquest are OVER.????

This is getting ridiculous, there are Turkish intrigues to infiltrate the city, there are local dissidents that want control of the city for themselves (probably assisted by the SAA given their rhetorical preparations), there are Kurds who want this to be apart of a new Kurdish entity (either independent or autonomous), and there’s the US who just want to fight ISIS and doesn’t want both our allies killing each other.
.
The failure here for anyone to form into any sort of united entity with a defined agenda is why it is unlikely that any change of consequence will occur, just like regularly happens in all the other “peaceful Muslim states.” On the other hand if a large alliance of convenience is made a coup attempt may occur and the resulting anarchy will be much worse than the abuses local paramilitaries might commit.

The US just wants to fight ISIS. lol.

That’s a good one.

Is this a syrian government sponsered group?

one guy? some resistance LOL

That is all that is required to send the US coalition packing.

The Syrian people will never tolerate their land being occupied by Western invaders.

Probably another CIA cutout terror group.
Attacks will justify US political to remain in Syria.
Tension with Turkey who for now remains in NATO also supports US remain in Syria to protect Turds*
International concern for the Kurds ( Ya. ..completely fake)…..Frenchy wanting the Lafarge Concrete business to get ahead of China …Kurd opium/cannabis https://en.zamanalwsl.net/news/article/32998/