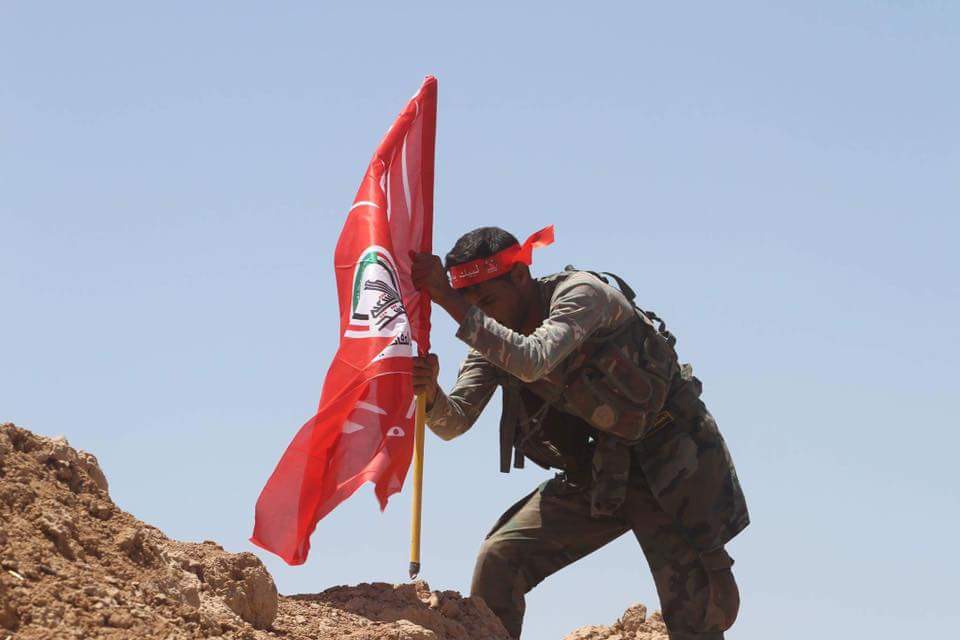 The Iraqi Popular Mobilization Units (PMU) have liberated from ISIS the strategic town of al-Baaj located near the border with Syria. The PMU has also taken control over the villages of Tel-Kri and Tall Faraj Alemsry north of al-Baaj.

With this advances, the PMU has expelled ISIS from almost the whole al-Baaj area in the western part of Nineveh province.

The PMU media wing has also denied media reports that the group, which is a part of the Iraqi Armed Forces, has crossed the border with Syria and allegedly entered the area controlled by the US-backed Syrian Democratic Forces (SDF).

In turn, according to reports, the PMU continues fighting ISIS in the Iraqi territory along the border with Syria.

Awesome, Bagdadi not hiding there?

No he is in Tel aviv with the other Zionist war criminal scum…..isis is mossad.cia/mi6/mercenary Wahhabi

I am willing to believe you if you can give any substantiating media.

I rather doubt you can though.

Saddam was ridiculed at the end of his tenure, which all came about because he represented a threat to King Fahd so he was beconed out of his hole and helped up stairs whose decline was​ a suspension rope, but alas, !! for King Salmon the problem didn’t end because my Brother Baghdadi doesn’t like climbing stairs, even though there are plenty of them where he hangs out now in the x billion $ Palace that Turkey provides as the architecture of al-Saud decline and we only hopes that will be with a rope.

shias don’t need to enter syria, they just need to seal the border to avoid your beloved jihadists from switching from one country to the other

When ISIS is acting on both sides of the border and are one singular threat , why the hell the shias can´t cross the border when they do it with permission of Assad? Remember , the kurds are not a state or a sovereign nation of their own, they are syrian citizens. Assad can call the help of the shias, same as he did with the russians.

PMU can move south along the border to where Kurds have no say in the matter (only ISUS controlled area). Though there is some distance to a decent road west into Syria (Buara Salt Pan east of Mayadin).

I see it coming that SDF starts to roll at the syrian border southwards into ISIS territory only to prevent the PMU crossing the border.

This is most likely. Rumors about an offensive southward out of Shaddadi are circulating for some time among pro SDF social media.

Yes, still waiting for Iraqi army to make a move towards Al Qaim. They have been sitting at Haditha for a long time. They would have good air support from Al Assad (a huge airbase in Anbar province). Seems that PMU is the only one in motion in Iraq.

Most “regular” forces are still tied up at Mosul, and it’s clear to me at this time that the tempo of the operation to liberate the city is tightly controlled by the US planners in order to maximize the negative effect on Syria.

This means, and my hearth goes to the people entrapped in Mosul, that the americans are willingfully delaying the liberation of the city so to have more cards to play against Assad.

No, this isn’t by any chance made to prevent civilian losses, actually the USAF has been causing massive quantities of them in Mosul and now in Raqqa.

but there were megajoys, that 20 000 PMU fighters come and save syria ;)