The meeting was held at Marriott Armenia hotel on the central square of Yerevan – the Republic Square. Protesters gathered outside the building chanting slogans against Sargsyan.

“The political force, which garnered 7-8% in the election, has no right to talk on behalf of the people,” Sargsyan said, noting that talking to him in this tone was unacceptable.

The Armenian prime minister called on the opposition leader to honor the law and left the meeting room. “What you offer is blackmail. You can’t blackmail the state,” he said, leaving the hotel.

Pashinyan said: “You don’t understand the situation in the republic.” At the meeting, the opposition leader said he would talk only about Sargsyan’s resignation.

Sunday’s talks were aimed at defusing tensions after the protests carried out by the opposition in the past days.

When heading to the talks, Pashinyan said the meeting would focus on the prime minister’s resignation and a peaceful transition of power.

The protesters voiced discontent at Sargsyan, who had been the president for 10 years, remained in power as the prime minister. They are demanding his resignation.

The agreement on talks between the authorities and the opposition was reached after a meeting between Armenia’s new President Armen Sarkissian and Pashinyan.

On Saturday, the prime minister called on Pashinyan to hold talks, but he rejected the offer and reiterated his demands. Dozens of political and public organizations in Armenia backed the premier and called for the use political tools to resolve the crisis in the country.

Mass rallies kicked off in Yerevan and other Armenian cities on Monday in the wake of former President Serzh Sargsyan’s nomination for the post of prime minister, despite the opposition’s protest. On Tuesday, the Armenian parliament elected Sargsyan as the prime minister. On Thursday, the opposition tried to disrupt the meeting of the new Cabinet, blocking the entrance to the government buildings and marching across Yerevan. Later, some 3,000 people took part in a rally.

It’s the same way with whom the USA and its allies destabilize the Countries that border with Russia. It’s happened in Belarus, Ucraine and Moldova yet.

And it started with Yugoslavia.

Another complex political situation with a lot of history that I can’t possibly find time to study. Someone give me a hint at how this will be spun by the MSM:

The answers to those will probably answer the question of how bad this will end up being for the Armenians – all of them. I don’t mean to insult Armenians by not asking about the people’s will in all this, but the US never bothered with that in Ukraine, Libya, Iraq, or Afghanistan. The US doesn’t even care about the people’s will in the US. The US State knows what’s best for everyone. Stop resisting!

I think that the US can take advantage by the change of governement. Changing the government you can put in the “democratic” politicians who follow the order of the US. In this way you can get the entire control of a nation (see arab spring, Ukraine, Libya). PS: it can be a good idea to establish nuclear weapons to sorround Russia.

Armenia is critical for Russian interests because of Turkey and Azerbaijan. If Armenia were to fall to a Maidan type revolution, it would mean that Russia’s Caucasus flank is unprotected. NATO and Turkey would have the ability to further their interests in the region, at Russia’s expense, affecting oil, pipelines, and possibly pushing Russia and Turkey into a confrontation. It is a very clever piece of engineering to now foment unrest in Armenia, which has always been a Russian protectorate . .

Then russia should help them. But not with pantsirs, but with money.

Interesting, that russias allies never got rich, only poor and poorer.

Looking at a geography, Armenia is a natural pipeline route to Europe from Chechnya. There is lots of oil and gas around the Caspian Sea. Europe is the market next door.
Most of the existing pipelines cross the Ukraine. That explains why the CIA arranged a regime change in Ukraine, historically synonymous with Russia.
I believe the US deep state policy is to cripple Russia economically by preventing trade between Russia and Europe.
The other horn is to surround Russia with hostile nations and US missile bases.

In AYrmenia there is extreme corruption. The politicians stole everything waht they could. The people are very poor. This Absurdistan of course is not acceptable future for them.
Nothing runs, the state simply died. Armenia is in halfway to Somalia. Always this is the result, when one country is too close to Russia. Russiand decades ago had to abandon the ussr, too. This mentality is nothing to create, only use, misuse, screw out and throw away.
nice example is putins new car. “russian” car. planend ba germen engineers, copy of cadillac and porsche engine. :D

but back to armenia: if somebody want to know what happens, should check the google. there are lot of interesting analysing articles form last years about armenia everyday life and economical misery. 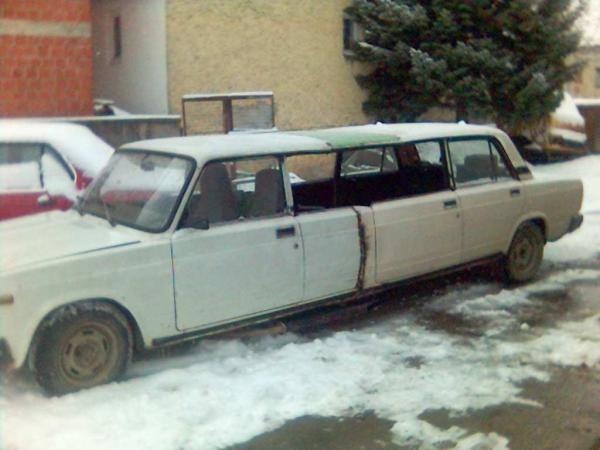 Lol you eastern gayropeans sure love to blame everything on Russia, how about yourself, can’t you provide for yourselves ? Do you always have to rely on the others so they come and fix your shitty countries for you ? You amuse me, economic prostitute with a big mouth, lol, what did the west do for you, a little bit of windowdressing and that’s about it, your youth is still leaving your shithole countries to look for work in UK or Norway, it has all been just farce and it is funny to see how you change your narrative over time http://www.dailymail.co.uk/news/article-5501621/Polish-president-compares-EU-occupation.html

Once you’ll get a better deal elsewhere, you leave and shit all over the previous host.

That’s right .. cause you are nothing but filthy, stinking, economic prostitute, that will always be used by others to do their dirty work for them.. you work hard for those cents, slutts :D

Were you in Armenia?! I was 2 times. go there and look at that country.

Do you know that in Armenia there is no health insurance? Either you pay all costs or die as dog.

These protest are not about your lovely theme about saint war, but about survive.

What saint war, you retard, i was talking about your country being an economic prostitutes, yesterday you were pro Rus, today you are pro Eu and tomorrow pro US, it’s funny to see how you change hats in a few decades and claim how you were oppressed under the previous ruler, depends on who pays more, If not for Russia there wouldn’t even be an Armenia, they would be spread out like kurds, at least now they have a country and the rest will be developed but not with the western help, cause we have all seen how the western democracy works, baltic states have to compete in their russophobic charade in order not to get messed up and get a bit of change so they can get through the day, LOL.

my country is not part of article. so, fuck you moron and go in the pussy of your mother!

yes. thef from karabach. changed the law and promised, he will not be the prime minister. lied. the people went in the streets. from allpart of armenia. finally also the soldiers went to support them. that soldiers, who fought in larabach, too.

this is the real democracy, the people kicked out one oligarch. and ruskies lost, beacuse they supported that thief. thief solidarity. :DDD

You are like always flying in the clouds because of those cleaning fumes, most protests were in Erevan, haven’t seen any elsewhere, nothing to with the Russians it was mostly inner stuff, don’t think that Armenia will change it’s attitude towards Russia no matter who’s in charge, they are luckily not as stupid as ukranians and lastly, i read that under Serge, the pm that gout ousted now, US got more foothold than it ever had before in Armenia, multiple NGOs etc etc , so …

Soon you’ll be burning for your masters, hope you will like it.

They have done it before and when it suits them again they will do it again :)

no chance. first, none of mighty countries want this, second NK has not enough good technology for this. and never will have. third, the fat idiot puffed all a-bombs and now has nothing. his missiles hit either nort korean soil or north korean sea. if. because 50% explosed.

None of the mighty countries want that ? Pretty sure they do, they have supported and still sopport ukranian military intervention in Donbass, they would have never dared to intervene if not for western backing, they tried to pull us into war with turkey when they have backed those to shoot down our plane, those east euro are just pawns, west is desperately trying to keep is hegemony, when it will be profitable for them they will sacrifice those countries, happened many times in the past, they also turn very easy on their own, latest example turkey, lol, not sure why bring up NK but okay, they just might start a conflict somewhere like in osetia, moldavia and blame it on us , like they always do lol …

Sargsyan should crack down on protesters and their leaders and remove any NGOs or foreign institutions that are fueling the unrest. Lesson learned from Ukraine.
Putin should fully support the present government and its legitimacy and help extinguish NATO’s ambitions of formenting trouble in the Caucus in creating a wedge between Russia and Iran.

How do you root out the CIA?

Can South Front do a more in depth analysis of what’s going on here, is (((The West))) attempting another color revolution?

Sargsyan flirts with NATO and EU, Russia (supposedly an ally) flirts with Azerbaijan and Turkey. Perfect mix for a colour revolution. There will be two losers: Armenia and as always Russia, an ass that always sits on at least two chairs and thinks it’s cool.

Today Armenia is sure loser. Most of population left this country. From 15 million armenians live at home only 2.9 millions. Totally lost future vision. Without money sent from abroad would die from hunger the people.

Armenia, friendly toward Russia, has even had Russian Mig-29 squadron stationed there in last years, directly at rear of Turkey during the Russian-Syrian intervention. And thus, we have a ‘Color Revolution’ in play. An aggressive, and increasingly uncompromising, minority opposition suddenly driving a political crisis, and desperately trying to escalate events into public chaos, sound familiar?