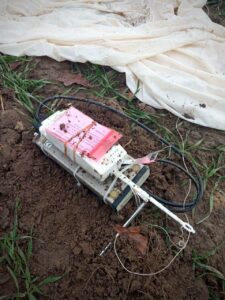 The Ukrainian military and their NATO instructors continue to demonstrate their ingenuity and imagination on the front lines. On December 31, Polish meteorological sonde adapted for reconnaissance purposes was reportedly intercepted in the Brest region in Belarus.

The aircraft fell in the Kamenetsky district. A special analyzer of radioactivity was attached to the sonde. It was used in a reconnaissance mission aimed at collecting data on the military facilities on the Belarussian territory, including the air defence systems that hav recently intercepted the Ukrainian S-300 missile. 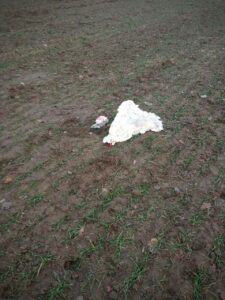 The flights of Ukrainian missiles across the borders of the neighbour states are never accidents. The strike of Ukrainian missile in Poland which killed two Polish citizens was a blatant provocation aimed at involving the NATO member state into the war in Ukraine. The recent strike of Ukrainian air defence systems which reached the Belarusian airspace while allegedly repelling Russian missiles and UAVs was used by the Ukrainian military to reveal the places of deployment of the Belarusian air defence systems in the border regions. Amid the ongoing claims from Kiev that Minsk is allegedly going to join the Russian military operations and attack the Ukrainian territory from the North, any information about the Belarusian military is precious.\

Guys, do you wanna some 80ies vibes for your New Year’s party, here is: http://www.youtube.com/watch?v=WkjsiU9tl24 A truly cool song, a great hit in Ukraine at the moment :)

Consistently made over $20,00 in income from home with the benefit of smooth playback and sticky online interest. |F330″ I actually made $18,00 with this perfect home income. Everyone can now without a doubt. … make extra money online by using— 𝐫𝐢𝐜𝐡𝐬𝐚𝐥𝐚𝐫𝐲𝟒.𝐛𝐥𝐨𝐠𝐬𝐩𝐨𝐭.𝐝𝐤

It’s time for Belarus to awaken its rancid against the Ukrainians who helped the Nazis invade the USSR.

I guess the NATO scum wants to get a full war against Russia and they need to disable the Russia and Belorussian air defense capabilities for a full strike.

Beef
Reply to  USA is a shithole, EU is becoming one

They won’t do nothing without pootin permission

Ahmed the Sissy from Kurdistan
Reply to  USA is a shithole, EU is becoming one

They shot down a weather balloon🤣

Lol, I’m no meteorologist, / agriculturalist/ or geography wiz, but if these pics are from Belarus. They are not current. It’s the middle of winter there right now. Judging by the wheat the pic is from May.

Another fine piece of shittly done propaganda by SF Underperforming every day just like the RUssian Armed forces.

Another flat earther imbecile faggot 😆😆😆🖕🏳️‍🌈 What a conspiracy! It is 10C today in Belarus.

Medved
Reply to  Ahmed the Sissy from Kurdistan

Yeah, a heat wave is moving through the whole greater area. Rain too. Greta Thunberg can’t get it wrong every time.

Putin’s New Year’s speech is very clear.. what he said. Russia is in TOTAL WAR MODE during 2023. I hope He mobilize more 300k troops and then, 300k From Belarus North, 300K from East, surrounding Kiew and Zelenski and finishing this job.

End Ukraine once and for all!
Reply to  Prezident of Mars

Vlad The Impaler did that. The Otoman army run in terror when they sense their stench :D . Back then, being cut and infected was lethal so the approach of gypsy stinky army was more dangerous than a volley of clean arrows.

End Ukraine once and for all!

Unlike Russians that do not enjoy exterminating Ukrainians, I think there is about time and place to end this war crime that is Ukraine for good.

The good Ukrainians would understand their death is necessary for the cleanse of those lands, while the bad Ukrainians must be killed no matter what.

No torture, no pain for the pleasure of inflicting it, just KILL THEM ALL as humanely as possible, as rabid animals that they are, and that’s it.